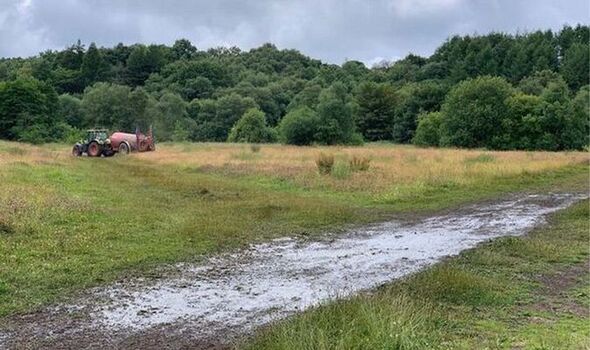 The playing fields became damaged after becoming something of a hotspot for motorbikes, they said, adding that the slurry would stop anyone fancying their chances at riding a motorbike there for a while. In an update on social media last Friday (July 15), Blackburn and Darwen Police highlighted how antisocial riding of motorbikes had become problematic around the town.

A local farmer donated the slurry, reports Lancashire Live, to help repair pathways and grass at the Pleasington playing fields, damaged after being used as a ‘unofficial circuit’ for the young riders for some time.

Blackburn with Darwen Police said in a statement on social media: “Further to our post earlier today about the anti-social riding of motorbikes in and around Blackburn. There is some land within the Pleasington playing fields that has been used by the off road bikers for some time and has become a bit of an un-official circuit for them.

“This has caused damage to the pathways and worn away all the grass that was present before. This afternoon a kind local farmer has donated 2500 gallons of cow slurry to help add nutrients to the damaged area which will hopefully encourage regrowth of the natural pasture.”

The announcement jokes: “I wouldn’t fancy riding a motorbike along those trails for a while, it could get messy…”

On a more serious note, he said that it would only be a matter of time before a serious incident happened if the situation continued.

He told Lancs Live: “Hopefully, it will have some effect and stop the motorbikes for a while and feed the grass growing again and repair the damage. I think it’s part of Witton Park, and it’s a popular park, but the motorbikes have been scrambling over it, and they have been riding on football pitches and the council is trying to get them up to scratch for the new season and these vehicles are damaging it.

“It’s been pretty constant, groups of young people on motorbikes and the police are wary of chasing them – they have confiscated three bikes – but they are wary of it because they are minors and not wearing helmets. I have had reports of them riding down the main road on motorbikes to get there; it’s only a matter of time before one of them is involved in a road collision or knocks someone over in the park.

“The police are trying and the council are trying different things to make the park more secure but a park has to be accessible for everybody, from wheelchair users to car owners. We’re getting a lot of complaints about it and about the motorbikes speeding around the park. It’s been going on since spring, and we clamp down every year, but it seems to be getting more and more frequent. 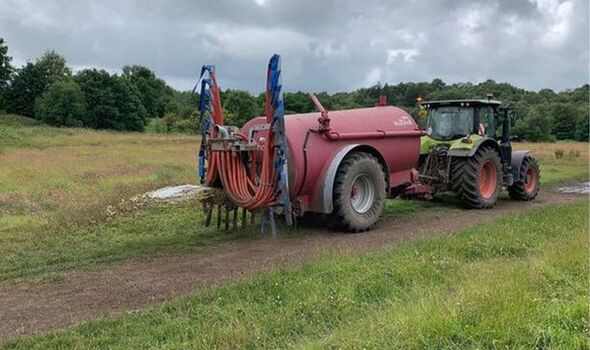 “It’s the noise disturbance, and if people come to play football or have a walk with their kids, or the dog, or go for a picnic, and there’s these motorbikes. I think it’s a problem prevalent across many boroughs. Its low level antisocial behaviour which unfortunately spoils it for many people.”

He added: “The smell doesn’t last long, but it was an attempt to deter and it would discourage people from going down on their motorbikes if they think they might end up covered in cow slurry.”

The move was greeted with a range of reactions online, with Ros McI commenting: “What a fantastic idea, now that’s problem solving at its best,” and Dee Jayz commenting: “Well if they ride in that let’s hope they fall off in it too! Well done Mr Kind Farmer – your gases will definitely be appreciated.”

However, others were less pleased.

Mike Harvey pointed out, in comments: “The culprits will surely go off trail and therefore cause more damage.. reminiscent of policing high crime areas, which simply displaces crime to otherwise low crime areas,” while Dan Harrop commented: “Give them somewhere proper to ride and maybe this wouldn’t happen!”

Blackburn with Darwen Borough Council was contacted for comment.