Nuclear Fusion: The 'energy of today' explained in 2017

The mine, Moab Khotsong, is located around 100 miles southwest of Johannesburg, and boasts one of the world’s deepest shafts, at a maximum depth of around 1.86 miles. Geochemist Dr Oliver Warr of the University of Toronto told Live Science: “In these deep settings, water is held in cracks in the rock and, over time, they interact, resulting in uranium, which then decays over millions and even billions of years, creating noble gases.” Measuring the concentration of these gases in the water, the researchers explained, allowed them to determine how long they have been present within the rock.

In the groundwater from Moab Khotsong, the team found unprecedented concentrations of radioactive decay products like helium, neon, argon and xenon.

They also found an isotope of krypton, a never-before-seen tracer of this powerful reaction history.

The researchers explained that the radiation breaks apart water molecules in a process known as radiolysis — thereby producing large concentrations of hydrogen.

This process provides an essential energy source for microbial communities living in these deep waters in the Earth which are unable to get their energy from sunlight via photosynthesis. 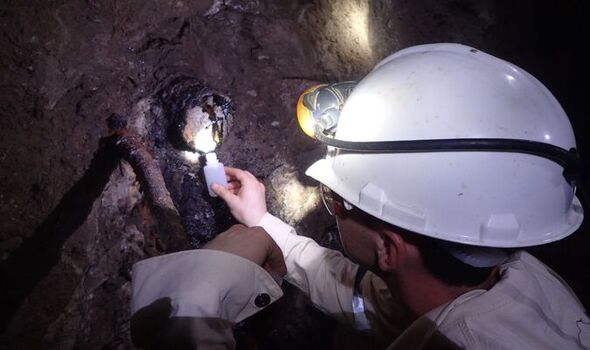 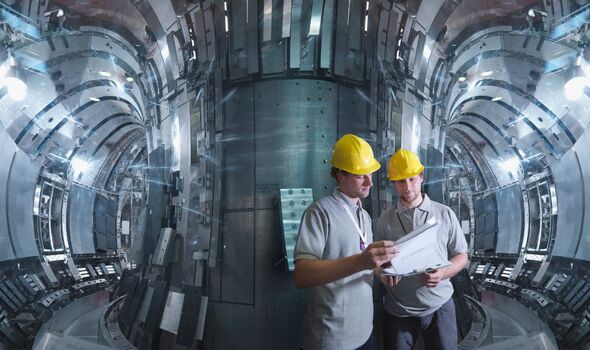 US National Science Foundation Division of Earth Sciences program director Julie Pett-Ridge said: “This research expands our thinking about the degree of connection between Earth’s surface and subsurface.”

It also, she added, changes “our idea of what constitutes a habitable environment.”

Dr Warr said: “For the first time, we have insights into how energy stored deep in the Earth’s subsurface can be released and distributed more broadly through its crust over time.

“Think of it as a Pandora’s Box of helium- and hydrogen-producing power.” 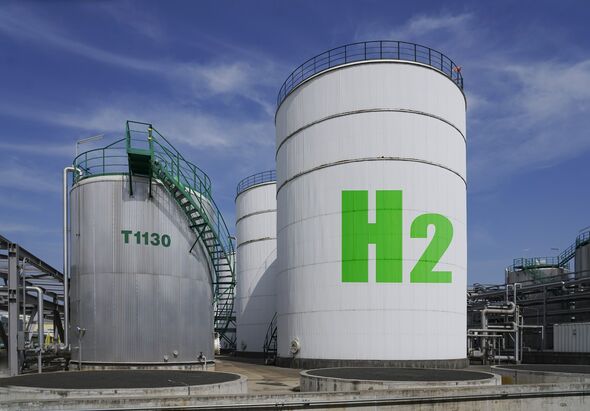 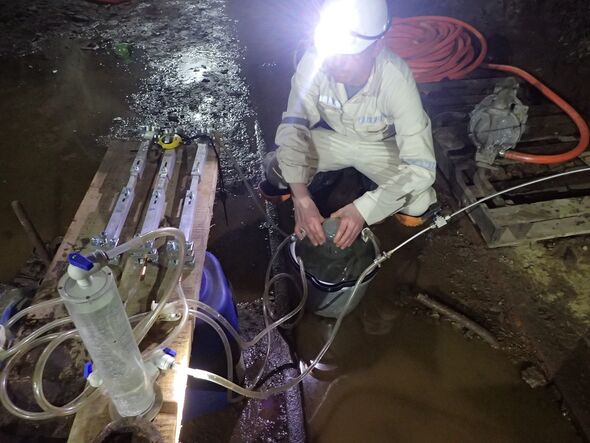 Dr Warr continued: “Solid materials such as plastic, stainless steel and even solid rock are eventually penetrated by diffusing helium.

“Our results show that this diffusion has provided a way for 75–82 percent of the helium and neon originally produced by these radiogenic reactions to be transported through the overlying crust.”

Insights provided by the study, the team said, are a critical step forward as global helium reserves run out and the transition to more sustainable resources gain traction.

The problem with helium is that, being both lightweight and disinclined to combine with other elements, once it gets into the atmosphere it can easily escape Earth’s gravitational pull.

However, the slippery gas has the potential to be used as a fuel in the nuclear fusion reactors of the future. 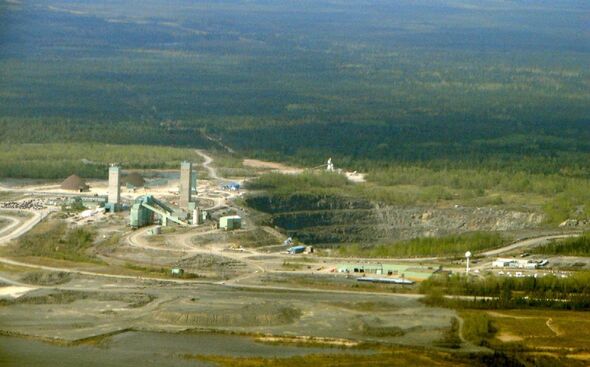 The discovery at Moab Khotsong follows the find in 2013 of 1.8 billion-year-old groundwater in the Kidd Creek Mine in Ontario, Canada.

Dr Warr said: “One of the most exciting parts about this new discovery is that at first we thought the groundwater at Kidd Creek was an outlier.

“But now we have this brand-new site located somewhere different with a completely different geologic history that also preserves fluid on a billion-year timescale.

“It looks like this is a feature of these environments, which represent about 72 percent of the total continental crust by surface area.

“As long as there is water and rock, you’ll see the production of helium and hydrogen — and that doesn’t necessarily mean this has to be taking place only on Earth.

“If there is water on the subsurface of Mars or any other rocky planet, helium and hydrogen could be generated there too, leading to yet another energy source.”

The full findings of the study were published in the journal Nature Communications.