Historic England announced that the remains of the 13th-century ship were found off the Dorset coast, with the conservation body putting plans in place to protect the oldest surviving piece of a vessel found in UK waters. Divers also found a cargo of “exquisitely carved” gravestones, along with the raw material to make more.

And experts believe the morbid cargo could have contributed to the sinking of the ship.

Historic England marine archaeologist, Hefin Meara, said: “It seems to have been setting out from Poole harbour, and gone down about 2km out. It’s close enough to swim to shore, but, in stormy weather, it could have been fatal.

“The weight of the cargo could have played a part in it going down, particularly if the heavy stone was pitching around in a storm. Whatever happened, it’s a lost investment, and it would likely have cost someone a lot of money.”

The site of the maritime tragedy, also known as the mercantile disaster, was first discovered by Trevor Small, a diver from Poole, in 2020. 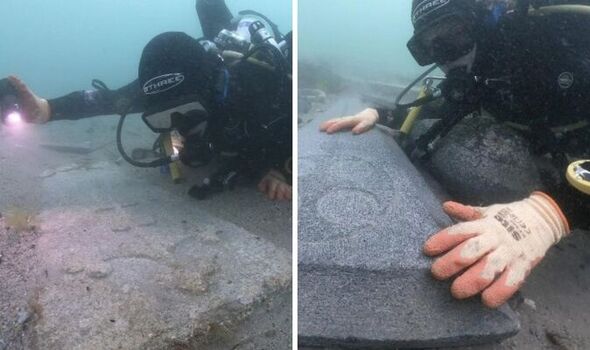 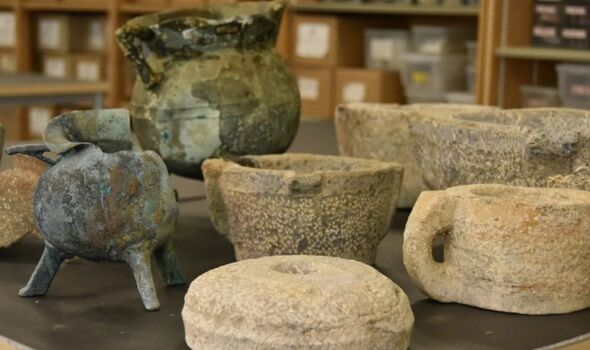 The carbon dating of the hull timbers confirmed the wreck is the oldest in British waters.

It is more than a century older than the wreck of Henry V’s flagship the Grace Dieu which was struck by lightning in 1439 and burned into the River Hamble in Hampshire.

There has been cargo from wrecks linked to the Viking era and the Bronze Age but no trace of the vessels themselves.

Experts who have been working on the site have found evidence of grinding mortars, leaving the site nicknamed Mortar Wreck. 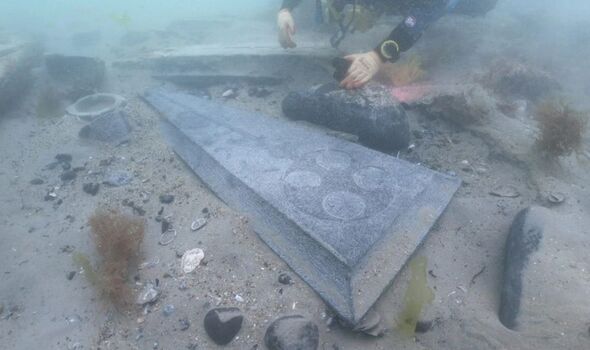 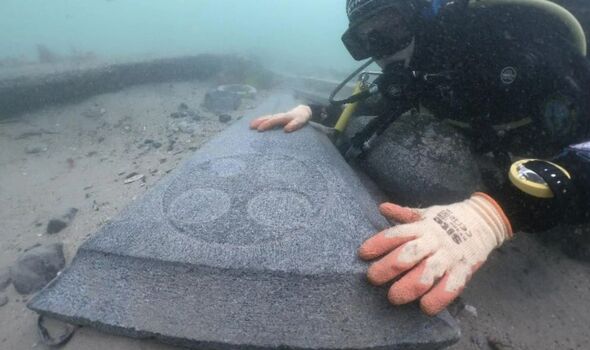 They also found Purbeck stone which was a popular material shipped from south west England to the rest of the British Isles and Europe.

The additional freight of two fully decorated Purbeck headstones suggests medieval merchants were not only trading in raw materials, but in ready-made memorials as well.

Hefin added: “We have two headstones and two distinct gothic designs. It may be that these headstones were made to order, or that a few designs were made and the customer chose from those available, a bit like a catalogue.

“It perhaps suggests that there was a market for these artisan’s headstones, which show that craftsmanship.” 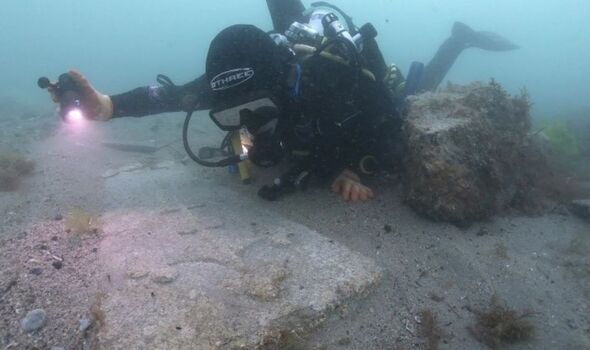 Nadine Dorries, the Culture Secretary, gave the site protected status as the wreck continues to be studied.