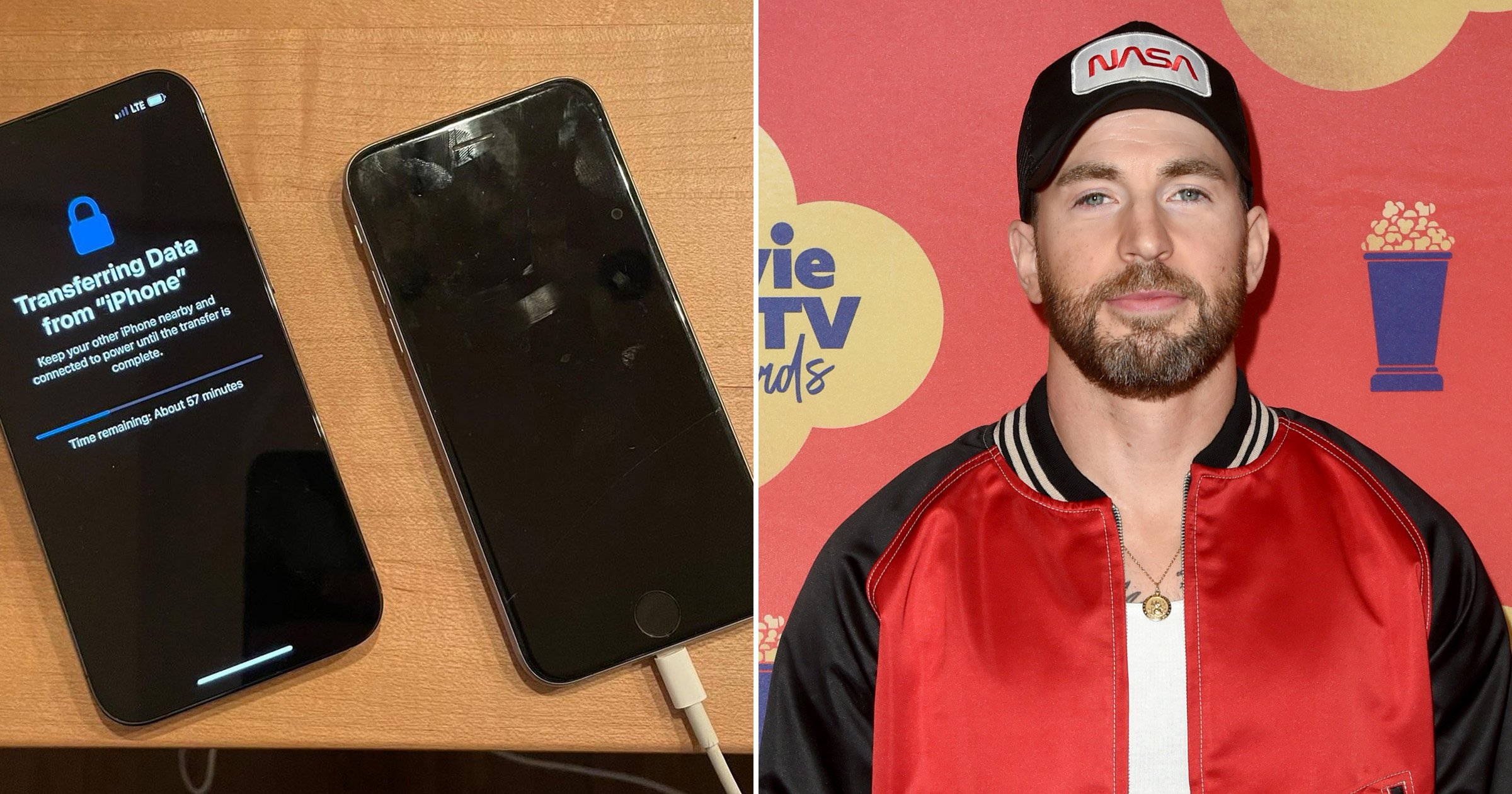 Every year the latest generation of the iPhone rolls around with newer tech and even more features.

But Chris Evans, Captain America himself, still hankers for a simpler time.

The Hollywood superstar was recently forced to upgrade to an iPhone 12 Pro after his trusty iPhone 6S finally gave up the ghost. And he’s still not happy about it.

Speaking during the promotional tour for The Gray Man, Evans complained his new iPhone is ‘too heavy’ and he misses the home button from his 2015-era device.

‘I feel like my new phone is too heavy. And I know that makes me like the oldest dinosaur in the world,’ he told Collider.

‘As I hold it, you use the pinky to brace it and it feels too heavy – it’s too heavy!’

The voice of Buzz Lightyear also clarifies that the recently-refreshed iPhone SE, which does boast a home button, won’t serve as a replacement.

‘I want something from before to work until it doesn’t work anymore!’

Unfortunately, despite what Evans may want, it doesn’t seem like Apple will be bringing back the home button to anything other than the SE.

However, if you’re also angered by the lack of a home button on your iPhone, there is a (sort of) workaround.

Hop into the accessibility settings in your iPhone and you’ll find the ability to add a floating, software-based home button to the screen.

To find it, tap Settings > Accessibility > Touch > AssistiveTouch and hit the toggle button at the top of the menu.

It can’t quite replicate the actual feeling of having a pressable home button at the bottom of the phone, but some people may prefer it to swiping upwards.