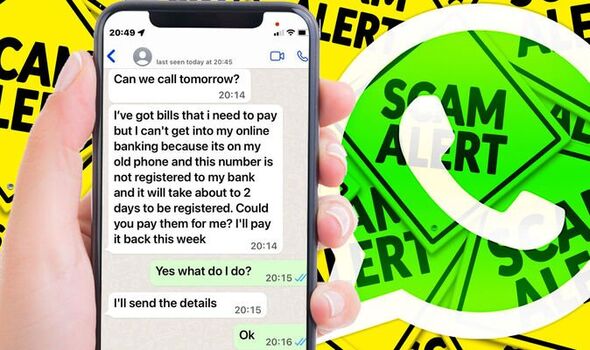 WhatsApp users need to be careful if they receive a message out of the blue supposedly from a friend or family member in need. Earlier this month Express.co.uk reported on how police were warning users about these so-called ‘friend in need’ scams, where a con-artist poses as a victim’s loved one and asks for money to be sent urgently to help pay a bill or for a new phone. And now sports journalist Jacqui Oatley is among those calling on WhatsApp users to be safe after her mum almost fell victim to the scam.

The renowned football commentator revealed on Twitter that her mum almost fell to an “incredibly believable” WhatsApp scam.

Like other similar WhatsApp scams, this begins with a scammer messaging a victim from an unknown number and posing as their loved one.

They said the unknown number is their new one and to delete the old one, before asking urgently for money and relying on the victim’s sympathy.

With the scam Oatley highlighted, the con-artist on WhatsApp said they needed over £2,000 to be sent across to help pay their bills as they can’t access their online banking on their new handset.

They also put off any requests to have a phone call about the issue, and then sent across bank details for the money to be transferred.

With other scams Express.co.uk has reported on, the WhatsApp crooks have also said they need money to help replace a broken phone.

Thankfully, Oatley’s mum realised the messages were a scam as the cyber crook’s “spelling and grammar were terrible”.

And Oatley took to Twitter to make sure other people didn’t fall victim and raise awareness.

She posted: “I’m keen to warn you about a scam which my lovely, kind mum so nearly fell for. It was incredibly believable. Someone pretends to be you but on a different number, contacts someone close to you and asks them to quickly pay a bill for you before you pay them back. Mum in green”.

The message from Oatley received plenty of replies from other Twitter users saying they knew of someone targeted by the scam.

In a later interview with BBC Breakfast, Oatley explained one Twitter user told her about a victim who £6,000 to the “sophisticated” and “realistic” scam.

Oatley went on to add: “I spoke to somebody yesterday whose friend actually paid £6,000 in a virtually identical scam and that’s because they found access to their actual WhatsApp messages so they could find the references to the names of the people in their family.

“So if somebody messages a mum or dad and they receive a text saying ‘oh I’ve dropped my phone down the toilet, I’ve smashed my phone, I’ve got this phone for now but the microphone doesn’t work and I can’t call you’ they then use personal names – ‘oh Dave’s out for the day and I can’t get hold of him but I’ve just got this bill to pay’, and this can come some way into the message conversation so you’re not being immediately asked for money and that’s why it is so realistic.” 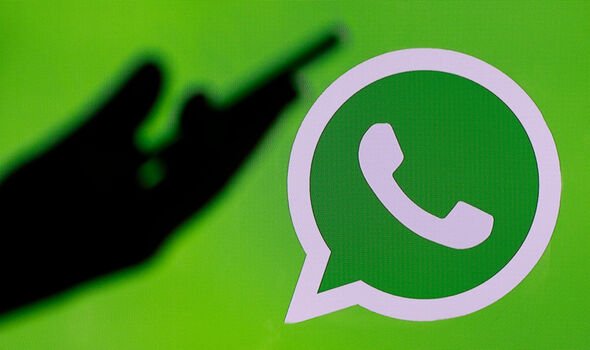 It’s important to point out that WhatsApp messages are protected by end-to-end encryption so no data is stored on a device.

However, there are scams around which can lead to a hacker gaining access to an account. One such scam security experts have warned about recently involves social engineering – which is a type of attack that requires manipulation and the victim interacting with the scammer.

One of these attacks that can leave WhatsApp users locked out of their account is when bad actors obtain a victim’s number and then use social engineering to gain two-factor authentication codes to access their account and messages.