The Perseid meteor shower is one of the highlights for most meteor hunters and sky watchers every year, as it showcases an increasing number of visible, shooting rocks for a number of weeks over summer. The annual shower will begin tonight – read on to find out how best to see the space phenomenon.

Boasting a small, rocky or metallic body, meteoroids are significantly smaller than asteroids and range in size from small grains to one-meter-wide objects.

However, known for being both colourful and exhibiting bright trails of light, the Perseid meteor shower is viewed as particularly special, numbering as high as 100 rocks per hour, though you might typically see around 50.

What is the Perseid meteor shower?

The Perseid meteor shower has been observed for more than 2,000 years and occurs as the Earth passes through the orbit of the comet Swift-Tuttle. 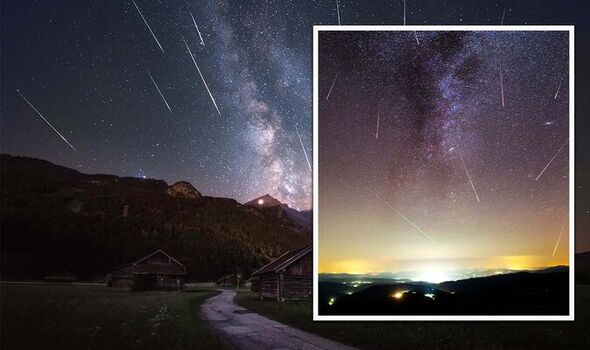 As comets orbit closer to the Sun, they heat up causing parts to break off.

If the debris (meteors) fall into the earth’s path around the sun, it can infiltrate our atmosphere at speeds of around seven to 45 miles per second, Royal Museums Greenwich (RMG) said.

However, the exact speed the meteor enters the atmosphere will depend on the combined speed of Earth and the debris itself.

RMG said: “The average speed for a Perseid meteor is 36 miles per second, and the air in front of the meteor is squashed and heated to thousands of degrees Celsius.

It continued: “The smaller meteors vaporise and leave behind a bright trail of light”, while “the larger meteors can explode as fireballs”. 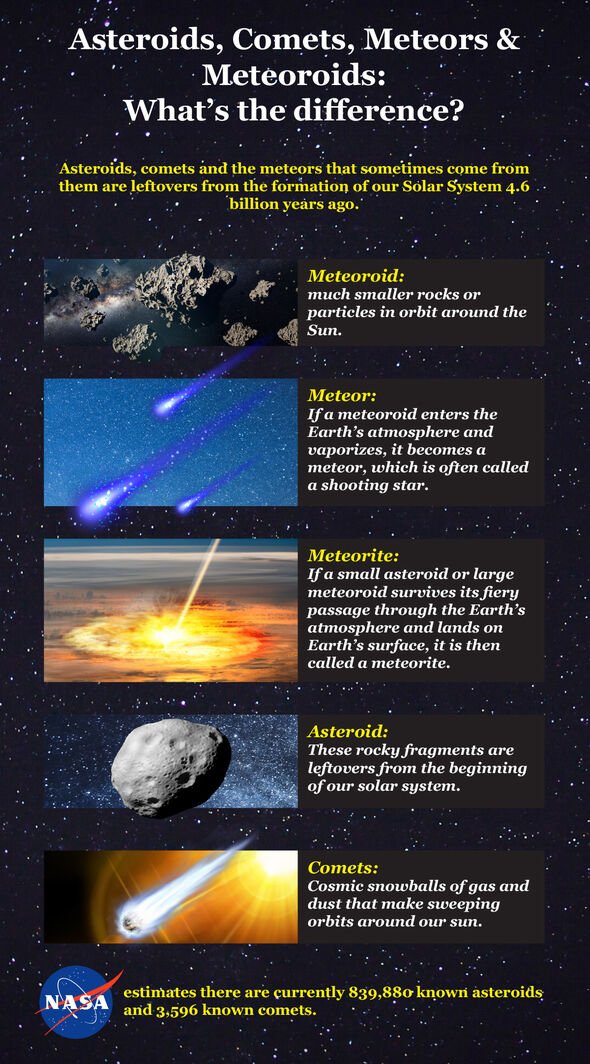 Where to see the Perseid meteor shower tonight

Timeanddate.com said the shower will streak through the sky from northwest direction.

However, you’ll be pleased to know you won’t have to travel too far to see it. RMG explained you can look out for the shower wherever you are, as long as conditions permit.

However, there are certain places to boost your chances of seeing it.

The weather forecast is a key deciding factor on how clearly you’ll be able to see the shower. 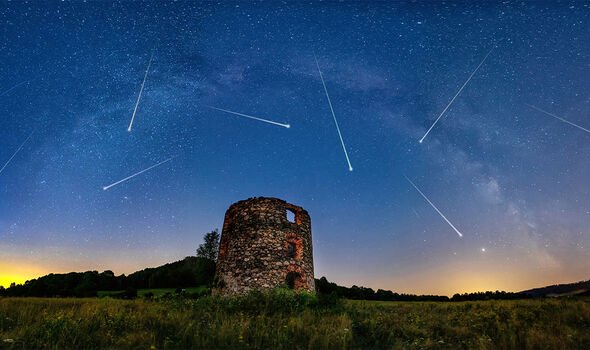 If cloudy and rainy conditions are expected where you are, perhaps travel to a new location where the weather is due to be clearer, or head out on a different day. The shower is due to continue for the next few weeks after all.

Another tip is to try to reduce the amount of light pollution in your field of view.

Head to the countryside, park, or other largely expansive space to watch with a better view. Royal Museums Greenwich even suggests doing something as simple as turning your back to street lamps to watch if you’re unable to travel.

RMG said: “Give your eyes at least 15 minutes to adjust to the dark so that you can catch more of the fainter meteors – this does mean that you should not look at your phone!

“Meteors can appear in any part of the sky so the more sky you can see, the better.”

Try to find an area away from trees and buildings and a much clearer view of the horizon – but don’t worry about bringing binoculars and telescopes. These will restrict the amount of sky you’ll be able to see.

Head out when the sky is at its darkest and for meteor showers specifically, anytime between midnight and the very early hours of the morning is the best time to do so.

However, with Perseid, these can also be visible in the early evening, just as the sun sets due to its radiance above the horizon.