Artificial intelligence will ‘hack into the matrix’ warns expert

But Christian Lawaetz Halvorsen has warned the technology could instead result in a “witch-burning” scenario similar to the Salem Witch Trials in which people are falsely accused of perceived “crimes”. Earlier this month, Hefei Comprehensive National Science Centre claimed its system was capable of reading facial expressions and brain waves, hence analysing how attentive a member was to “thought and political education” in order to “further solidify their confidence and determination to be grateful to the party, listen to the party and follow the party”.

Mr Lawaetz Halvorsen, CTO & co-founder of Valuer, an AI-driven trends analysis platform, told Express.co.uk: “In theory, the claims that the Chinese government is making about using data to predict human behaviour, thoughts and intentions are feasible.”

It was a technology which has long been identified as desirable by a range of international organisations, he pointed out.

He added: “The case for the Chinese government’s AI, is that it claims to use facial expressions, brain waves, clicks and other data, to identify human behaviour and emotions.

“So yes, if you had reliable data for those kinds of conclusions, then it would actually be possible.”

But Mr Lawaetz Halvorsen added: “Those that are currently undertaking research about consistently predicting human behaviour have struggled to find any practical headway due to the overwhelming complexity of the topic.

“There are a lot of applications where processing data points and measurement to draw conclusions are both feasible and applied in solutions all around us. 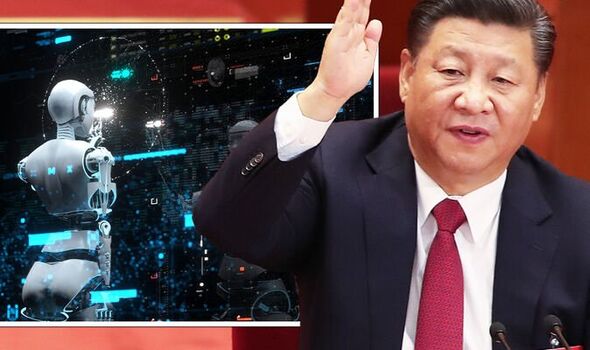 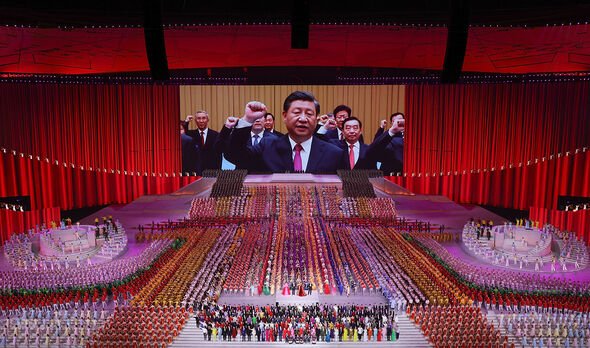 “However, they all rely on a very basic assumption, and that is that the data we collect is “objective” and that it correlates with its conclusion.

“It’s important when you try to conclude something from data, that you avoid using subjective data, that varying interpretations can support a range of conclusions.

“This differentiation between objective and subjective data, or at least the lack of certainty of the data used by this AI is where I see the gaping hole in the Chinese government’s claims about its ‘mind reading’ AI.

Some scientists argued a human mind was special, and entirely dissimilar to anything else they work with and measure data from – but Mr Lawaetz Halvorsen emphasised he was not from that school of thought, believing the human brain to be a very complicated information processing machine.

He said: “This would work in the favour of the Chinese government’s claims, since algorithms are logical, and can therefore be deconstructed and understood. 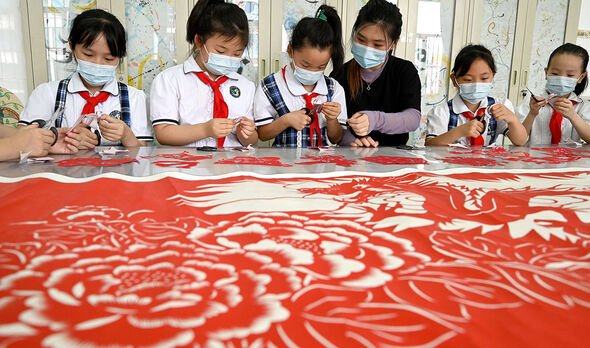 “However, we are not at a point scientifically where we are able to deconstruct and understand the human mind, on the amount of information that it is able to process and concluded upon.

“The major parts of these limitations come back to the earlier statement about data as input, and in this case, not having anywhere near the full picture.

“We might be able to measure eye movement, some brain waves, sweat and a lot of other tangible data points, but none of these are directly correlated with any significant decision we make.”

A clear example was the difference between some people’s heart rate, sweat levels and breathing in situations when lying or nervous, meaning it was not possible to tell the difference by measuring.

Another was the polygraph test or lie detector, which experts agree is flawed and inaccurate.

Mr Lawaetz Halvorsen also warned of an unintended consequence of what Chinese scientists were apparently doing. 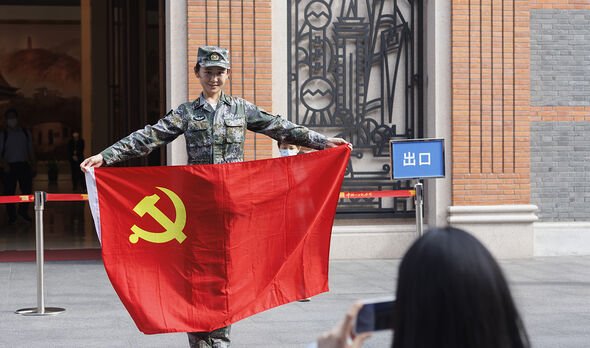 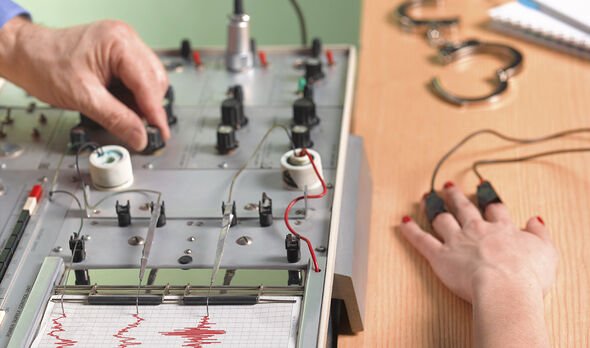 China could end up in a scenario similar to witch burning

He said: “I think it’s pretty clear that China is not able to do what they state, or at least not to the extent or the accuracy that they want us to think.

“However, this may be an even scarier prospect than their dubious claims, as the application of an algorithm that uses a flawed algorithm to predict political preferences is worse than a properly functioning one being applied.”

Once again, he cited his example of the lie detector, and its notorious lack of accuracy.

He added: “If solutions like these are put into practice, and the results are trusted blindly, especially without evidence of accuracy.

“China could end up in a scenario similar to witch burning; where blind trust in their methods and the use of bogus tests could lead to the false conviction of innocent people.

“My best guess would be that the Chinese government wants to control their population, the ability to use fear as a tool to keep people in line. 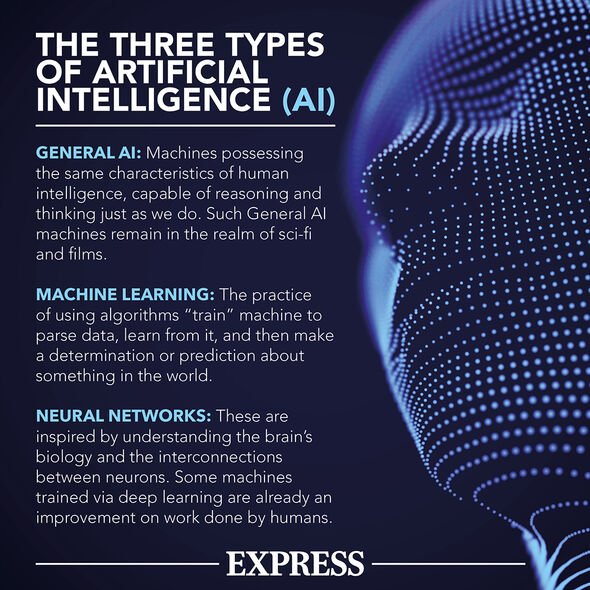 “Secondly, with everyone talking about the possibility of AI and the potential powers it can bring, then there might also be an incentive to show the rest of the world that they are advanced in some technologies that we are still to master.

Even though, depending on who you ask, what they claim is largely science fiction or just plain ridiculous.”China has history when it came to making grandiose and outlandish claims about its own capabilities, Mr Lawaetz Halvorsen stressed.

He said: “The desire to be seen as being capable can provide a state with a huge amount of influence through their perceived power.

“However, when it comes to technological capabilities, states often adopt a narrative that is designed to impress or intimidate a non-tech target audience, such as politicians or civilians, leaving their claims vulnerable to interrogation by those who are technically inclined.

“China is no different from the historical precedent, also engaging braggadocious chest puffing. But due to China’s current position as an adversary to the West, we’re often the intended targets of power propaganda.”

In terms of the frequency of its bragging, China was often seen as “one of the most prominent on the international stage”, he estimated, possibly as a result its international isolation and authoritarian regime. 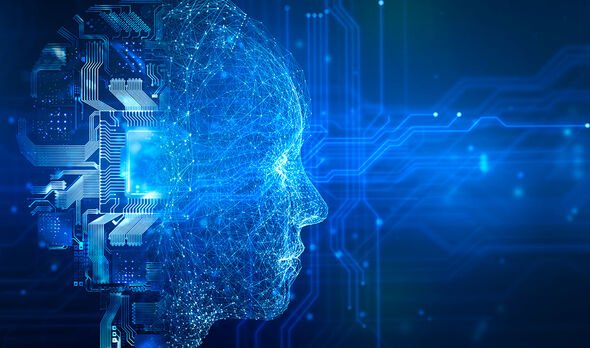 Consequently, it was pretty obvious that China would seek to use mind control techniques if at all possible to keep its people in line, Mr Lawaetz Halvorsen claimed.

He said: “It reminds me of 1984, the rather horrifying novel by George Orwell. A state that thinks it knows better than its citizen, a state that has rules ‘for the best of the people’, a state that has secret organisations and programs that aims to identify and change the mind of people who think differently, and a state that utilise any tool in its arsenal to fight the free will of the people, one which seems to always be a losing battle in the end.”

In an article uploaded to the web on July 1, the institute revealed that it had persuaded 43 CCP party members on the research team to take “party lessons” while being monitored with artificial intelligence.

The report explained: “On one hand, it can judge how party members have accepted thought and political education.

“On the other hand, it will provide real data for thought and political education so it can be improved and enriched.”

Mysteriously, however, the article disappeared from the internet shortly after being uploaded.