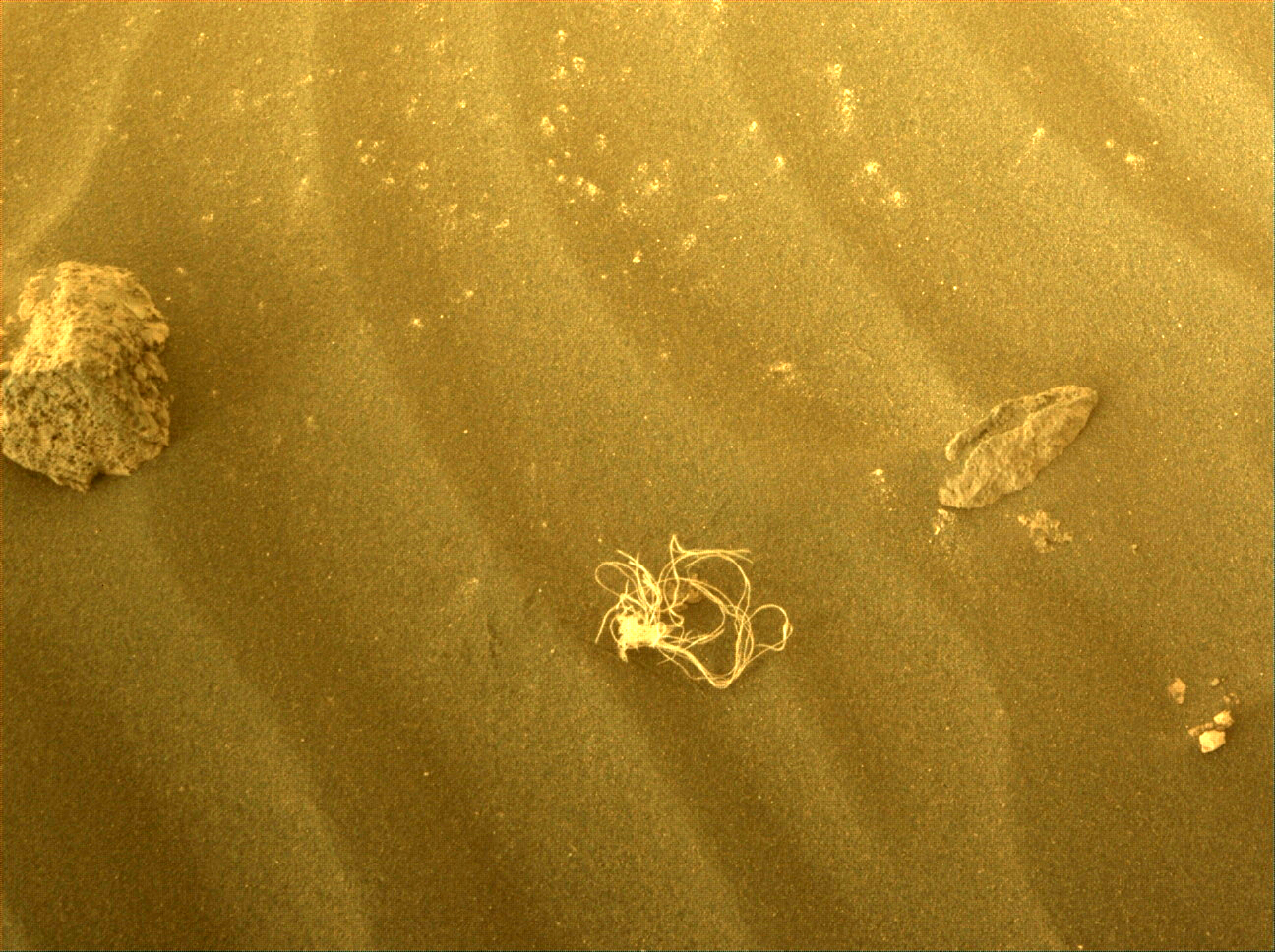 There’s no shortage of strange sights on Mars, it seems.

The latest puzzling image beamed back from the red planet shows a weird, tangled object lying in the dust.

If you saw the same thing on Earth, you’d probably think it was some kind of sea creature, a bit of string or even some discarded spaghetti.

The object was snapped by Nasa’s Perseverance rover which has been exploring the surface of Mars since February, 2021.

The best guess from the experts is that it’s actually a piece of wreckage from Perseverence’s landing last year.

Other pieces of debris have already been spotted by the rover as it trudles around Mars’ Jezero Crater. Last month, it notably caught sight of a bit of thermal blanket that ended up wedged against a rock.

Perseverance is currently scouting for rock samples that it could send back to Earth for analysis.

Iâm a geologist, meteorologist, photographer, etc. Now I can add âlocation scoutâ to the list. Iâve been scoping out spots where Mars Sample Return spacecraft could set up operations â including the first launchpad on another planet.

Over the course of several years, Perseverance will collect and store up to 30 rock and soil samples that will eventually be sent on a one-way ticket back to Nasa.

Its top speed is 152 meters per hour (about 0.1 miles per hour) – sluggish by Earth standards but faster than any of its predecessors, as it traverses first the delta, then the ancient lake shore, and finally the edges of Jezero crater.

The rover could return the samples as part of a planned joint mission between Nasa and the European Space Agency in the 2030s.

‘The scientists who will analyze these samples are in school today, they might not even be born yet,’ Ken Farley, a Nasa scientist, remarked last year.

This picture of the space spaghetti was pictured in the area in front of the rover using its onboard Front Right Hazard Avoidance Camera A.

Let us know what you think it is in the comments below.