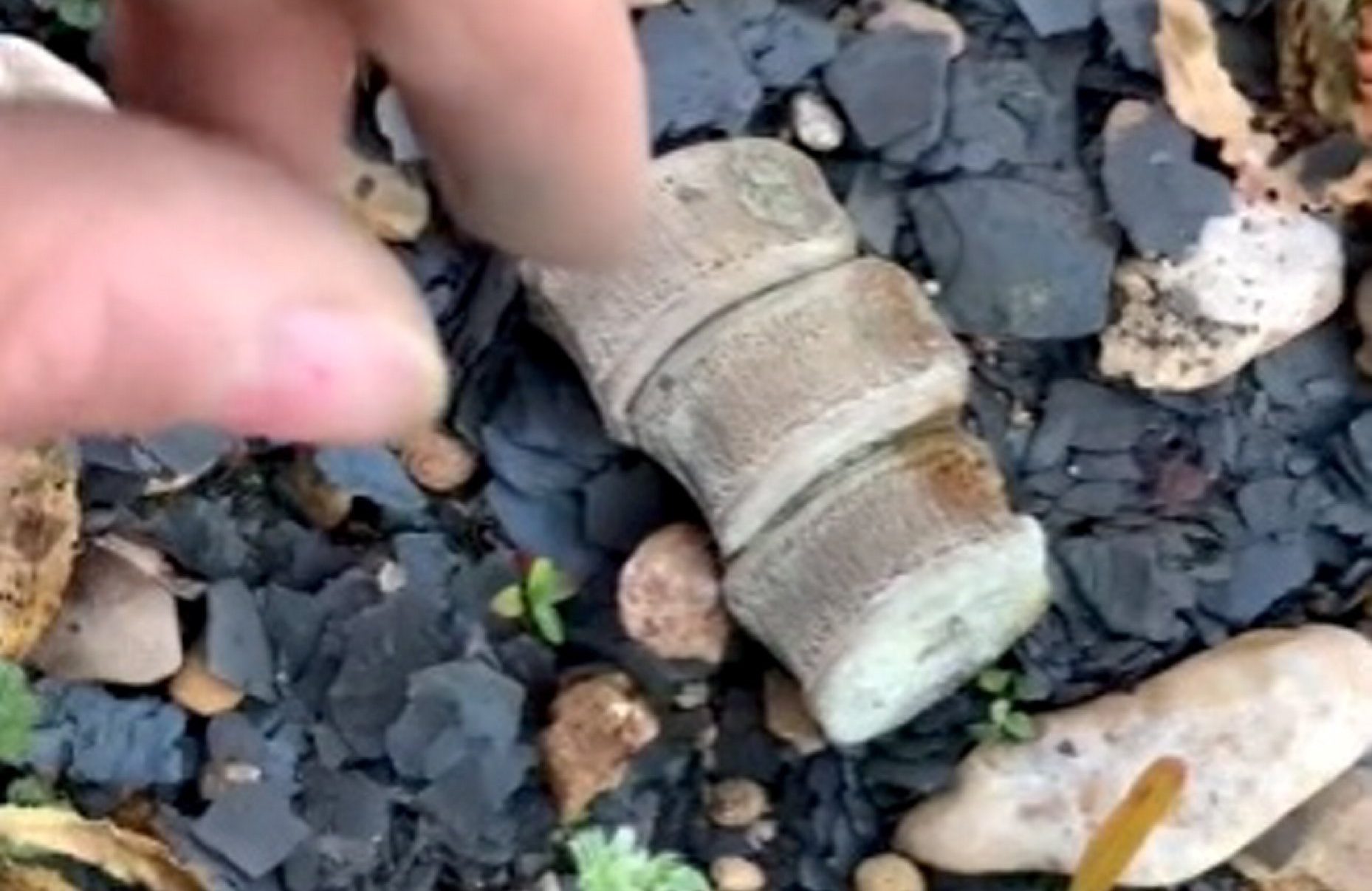 A fossil collector has discovered a perfectly preserved section of spine belonging to a dinosaur which lived on Earth 180 million years ago.

Joe Thompson was searching a quarry near the Cotswolds when he found three vertebrae from an Ophthalmosaurus Ichthyosaur in pristine condition.

The dolphin-like creature used to swim the seas of North America and Europe during the Jurassic period.

The prehistoric beast, which is Greek for ‘eye lizard’ and weighed up to two tonnes, became extinct around 145 million years ago.

Joe, 20, from Lymington, Hampshire, came across the rare finding on one of his frequent searches of the area and knew straight away he had found something special.

Speaking about the discovery, he said: ‘I go on regular fossil hunts around the country at different locations and I found this in a big quarry just north of Swindon near the Cotswolds.

‘I was walking around the edge of it looking where the big lorries would have been driving.

‘I was walking along and found these three beautiful Opthalmosaurus vertebrae which I got on video.

‘What is special about them is they are really well preserved compared to a lot of other stuff you can get.

‘I knew straight away it was a marine reptile and it was an Ichthyosaur but I didn’t know what kind.’

After packing it away with him, Joe checked his discovery with experts who were able to ID the fossil.

Joe, who studies palaeontology and evolution at the University of Bristol, admitted it was quite a surprise to find the remains in such great condition.

He said: “These type of vertebrae can be found at certain places in the UK but to find them that well preserved and of such high quality is very rare.

‘I keep a lot of my fossils in a collection on display but there are a few I’ve found which are quite scientifically important and they’re in museums at the minute.

‘I’ve got a few contacts at the university where I’m studying so I got them ID’d from there which is great.’

Joe, who goes searching at least once a week, has become a mini social media star since he began sharing his findings with the fossil community last year.

He began collecting as a small child and now regularly keeps his TikTok followers informed of any rare discoveries.

He added: “I’ve been interested in the hobby since I was about four or five when my parents would take me to the beach and ever since then I’ve been completely interested in it.

‘It’s such a thrill when you find something so old and interesting which no one has ever seen before, it’s amazing to me.

‘It’s great to share it with people on social media. The whole community around it is amazing and they really like what I’m doing.’