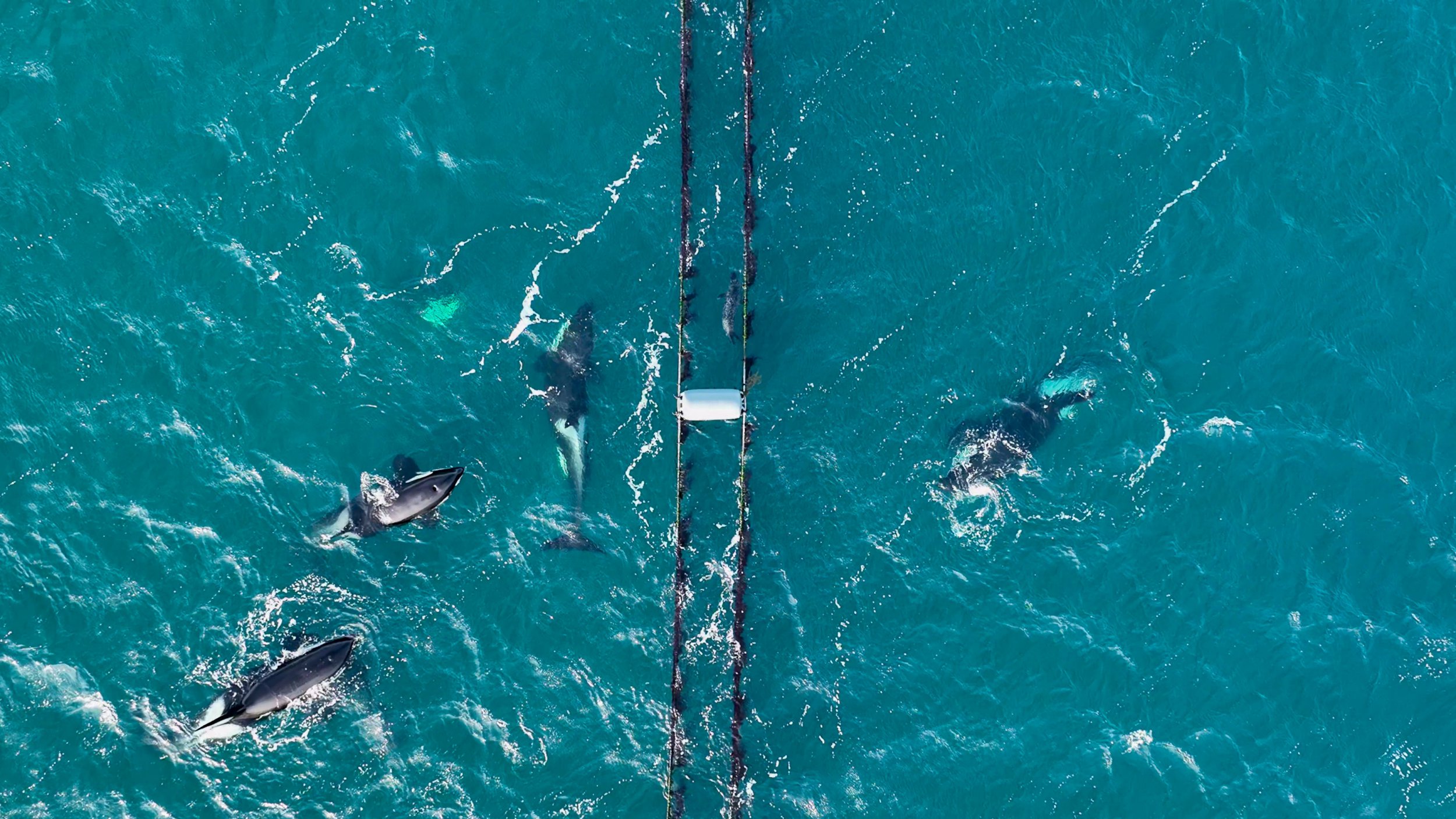 A seal being hunted by a group of whales attempted to seek sanctuary by hiding in a mussel farm.

A drone camera captured the astonishing footage of the harbour seal being hunted by a pod of eight orcas.

In an attempt to escape them, the seal sought to conceal itself between two lines of mussel ropes at the Grunna Voe mussel farm, which is to the north of Lerwick, Shetland.

Sadly, when it left its hiding place and headed for open water, it was caught and killed by the whales.

Emily Hague, a PhD student researching the impact man-made structures can have on marine wildlife, said it was ‘fascinating’ to see them ‘potentially being used by prey to hide from predators’.

But she also warned that if creatures such as seals ended up spending more time in and around locations such as fish farms and offshore energy installations, there could be at a greater risk of entanglement.

The seal’s attempt to evade the orca pod was captured on camera by local drone pilot Nick McCaffrey, who had been alerted to the whales’ presence by a local Facebook page and WhatsApp group detailing any sightings.

His 38 minutes of footage from the incident in March this year was then analysed by Hague, a student at Edinburgh’s Heriot-Watt University.

‘Interactions involving man-made structures are rarely, if ever, caught on camera. This makes this footage extra special and very insightful from a scientific point of view,’ said Hague.

Hague added that the drone footage ‘gives us a whole new perspective on how marine life, in this case two top predators, are living with man-made structures in our seas’.

‘It’s fascinating that these novel structures in the marine environment are potentially being used by prey to hide from predators. Interactions like this can also shed light on potential risks to marine mammals,’

Last year, a juvenile member of this killer whale group died entangled in rope and was found on Orkney.

‘If this group is spending a lot of time around marine structures, then this may have associated risks, like entanglement,’ said Hague.

Hague has published her analysis of the incident in the the latest Aquatics Mammals journal.