The persistent and oddly regular signal — which experts have named FRB 20191221A — is a type of “fast radio burst”, an intense pulse or radio waves of astrophysical origin. While fast radio bursts normally only last for a few milliseconds at the most, the new signal lasts for up to three seconds, some 1.000 times longer. And within this window, astronomers have detected bursts of radio waves that repeat every 0.2 seconds in a clear, periodic pattern, much like the beating of a heart. In fact, FRB 20191221A appears to be both the longest lasting fast radio burst detected to date, as well as the one with the clearest periodic pattern.

Exactly what is causing the signal is unclear — but the researchers have some ideas.

Astrophysicist Dr Daniele Michilli of the Massachusetts Institute of Technology said: “There are not many things in the universe that emit strongly periodic signals.

“Examples that we know of in our galaxy are radio pulsars and magnetars, which rotate and produce a beamed emission similar to a lighthouse.”

Radio pulsars and magnetars are both types of neutron stars — the extremely dense, rapidly spinning collapsed cores of giant stars.

Part of what is unusual about FRB 20191221A is that it is more than a million times brighter than the fast radio bursts recorded from radio pulsars and magnetars in our own galaxy.

Dr Michilli added: “We think that this new signal could be a magnetar or pulsar on steroids.” 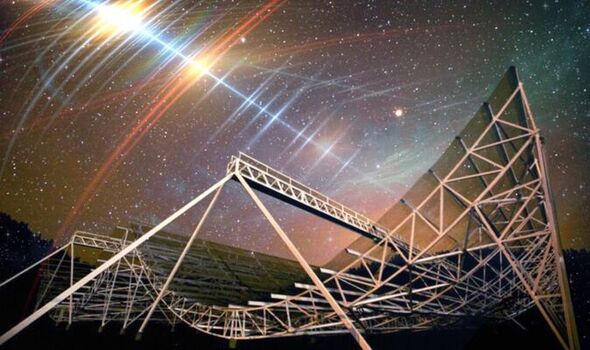 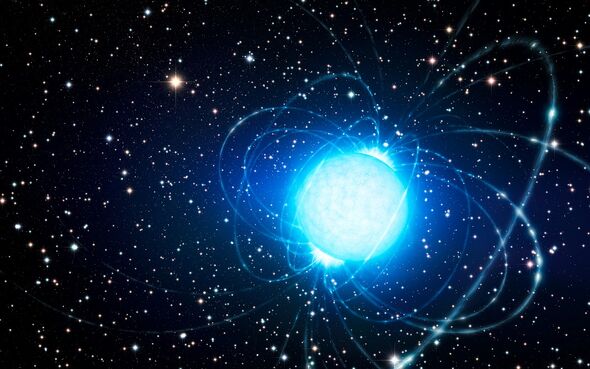 Hundreds of fast radio bursts have been detected since the first of the signals was identified back in 2017.

Many recent discoveries have been made by the Canadian Hydrogen Intensity Mapping Experiment (CHIME), a radio telescope made up of four large parabolic reflectors that is located at the Dominion Radio Astrophysical Observatory in British Columbia.

While CHIME was designed to pick up radio waves emitted by hydrogen in the very earliest stages of the universe, it also happens to be very sensitive to fast radio bursts — having detected hundreds across different parts of the sky since it began operating in 2018.

Most fast radio bursts are one-off events, ultrabright signals that last for a few milliseconds before turning off for good. Recently, however, astronomers detected the first periodic fast radio burst that appeared to emit a regular pattern of radio waves.

This particular signal consisted of a four-day window of random bursts that went on to repeat every 16 days, giving the random activity a periodic pattern. 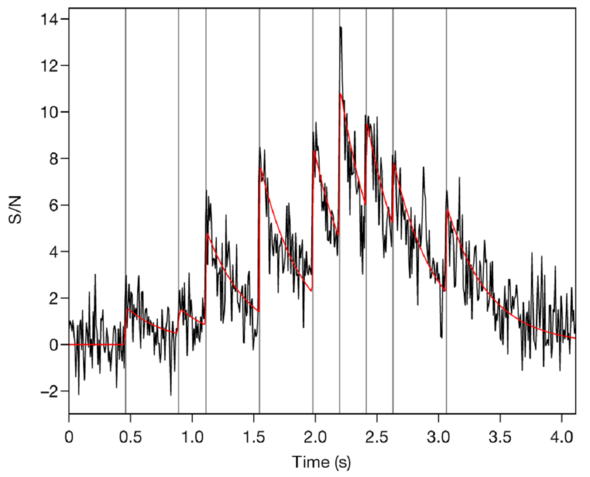 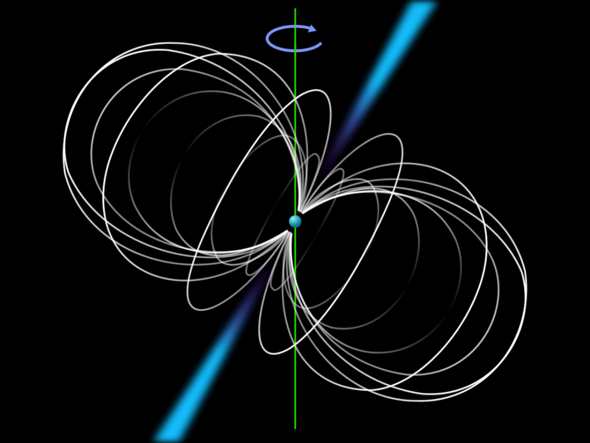 Dr Michilli said: “It was unusual. Not only was it very long, lasting about three seconds, but there were periodic peaks that were remarkably precise, emitting every fraction of a second — boom, boom, boom — like a heartbeat.

“This is the first time the signal itself is periodic.

“CHIME has now detected many FRBs with different properties. We’ve seen some that live inside clouds that are very turbulent, while others look like they’re in clean environments.

“From the properties of this new signal, we can say that around this source, there’s a cloud of plasma that must be extremely turbulent.” 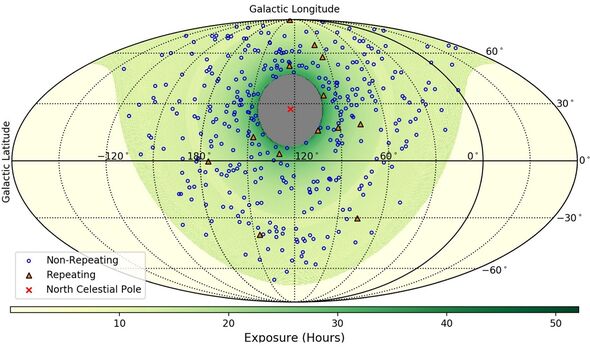 With their initial study complete, the team are now hoping to catch additional bursts from FRB 20191221A, which may help them to better understand the nature of its source.

They may also be able to use the signal as an astrophysical clock — which could aid in measurements of how fast the universe is expanding.

Dr Michilli concluded: “This detection raises the question of what could cause this extreme signal that we’ve never seen before, and how we can use this signal to study the universe.

“Future telescopes promise to discover thousands of fast radio bursts a month, and at that point we may find many more of these periodic signals.”