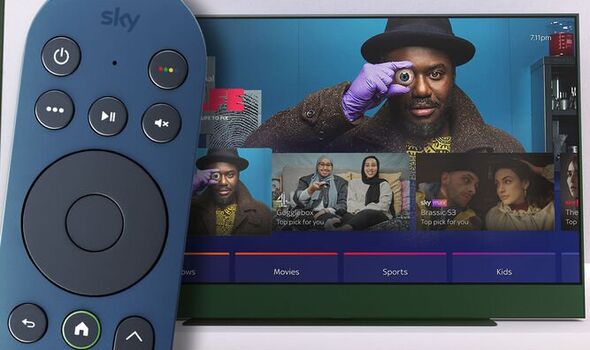 There really is little doubt that Sky Q rules the roost when it comes to watching TV. This award-winning set-top box arrives packed with features including the option to record multiple shows at once, full 4K HDR compatibility and a voice-powered remote that can find content, spin through shows and launch apps via simple speech commands.

Want to access Sky’s unrivalled selection of exclusive live channels, on-demand boxsets, sports, movies, and a Netflix subscription …but don’t fancy a satellite dish on the outside of your home? Sky Glass is a custom-designed 4K QLED TV with everything to stream a Sky Q-like experience tucked inside. It also packs a Dolby Atmos soundbar in this all-in-one package.

There is loads to love about Q but there is also one area where this device lags behind the latest Sky Glass TV.

This fully connected television launched late last year and features the ability to tune into shows without the need for a dish to be stuck to the walls.

Although that dish-less connection is a big advantage there is something else that sets Glass apart from Sky Q and it could be a big reason to switch when energy prices increase yet again later this year.

Sky Glass comes with a number of money-saving features tucked inside including the ability to recognise when nobody is in the room and switch off the screen to save power. That’s all thanks to motion sensor technology that can also be used to switch on the display when you enter the space where the TV is placed.

Of course, if you’re lounging on the sofa watching a movie you won’t want the TV turning itself off automatically but Sky has thought of that as well with an alert popping up on the screen that simply asks users to pick up the remote if they want to continue watching.

Sky says that its TV has been designed to reduce emissions as much as possible with it even featuring technology that adapts to ambient light. That means when the sun goes down, the telly reduces its backlight to optimal levels to be more energy efficient.

And the firm even boasts on its website that having a screen, soundbar and tuner built makes it far better for energy bills than installing a separate TV, Sky Q set-top box, and soundbar.

“Sky Glass hardware is future-proofed and ongoing software updates will keep it cutting edge. It is designed to go on and on, for a minimum of seven years, but for many it will be their TV for much longer,” said Roger Lambert, Director of Customer Tech.

If you want to know more about Sky Glass then you can read our full review here.

Express.co.uk has also rounded up all the best deals on the Sky Glass TV and here are all the lowest prices.