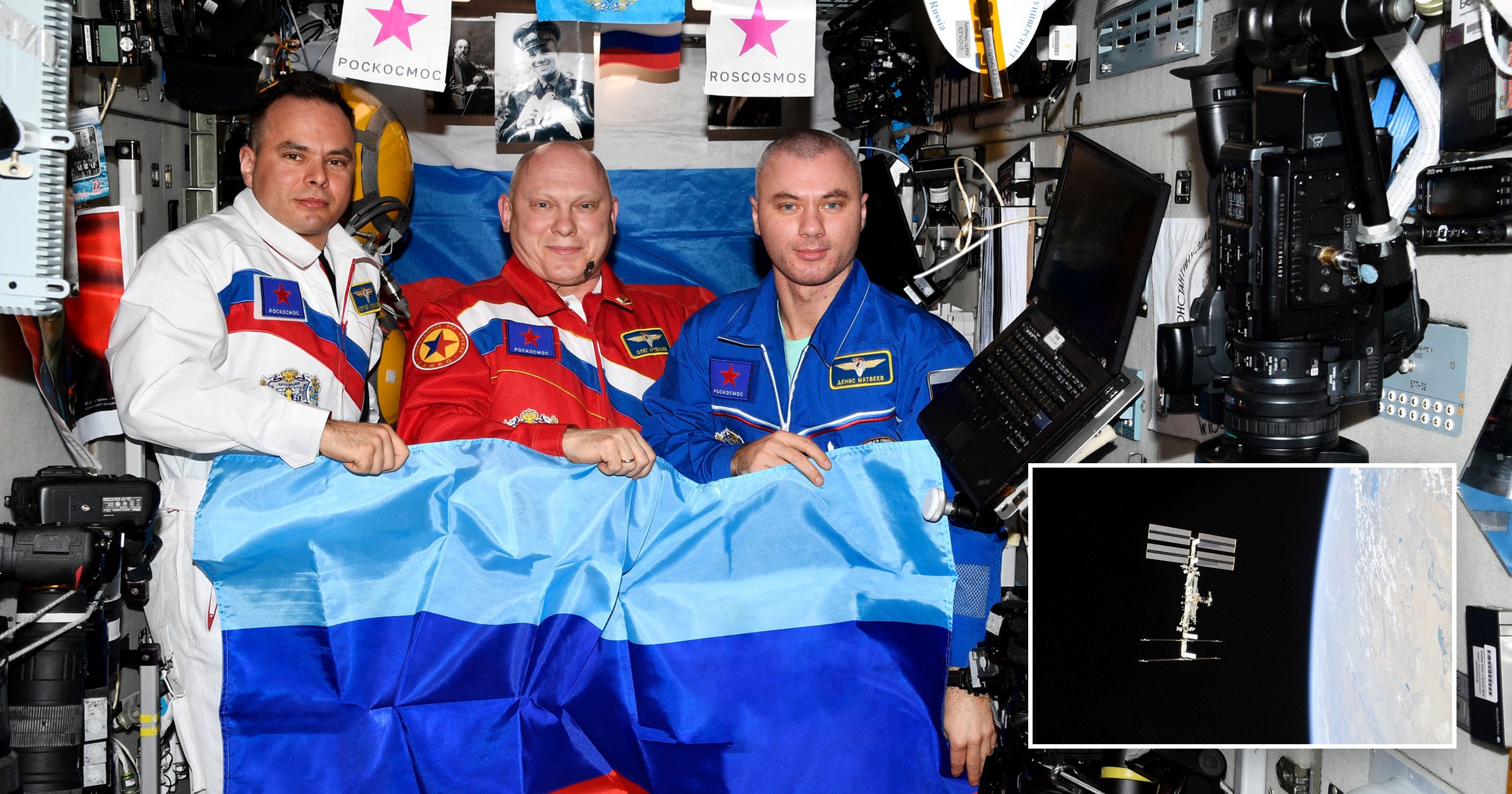 Nasa has strongly condemned the actions of Russian cosmonauts aboard the International Space Station (ISS), for posing with anti-Ukraine propaganda flags.

On Thursday, Nasa issued a statement saying it ‘strongly rebukes using the International Space Station for political purposes’ to support the war against Ukraine.

The US space agency said that the move was ‘fundamentally inconsistent with the station’s primary function among the 15 international participating countries to advance science and develop technology for peaceful purposes’.

On Monday, the Russian space agency posted a picture of Russian cosmonauts Oleg Artemyev, Denis Matveev and Sergey Korsakov with a flag of the self-proclaimed Luhansk People’s Republic at the ISS to celebrate Russia’s capture of the region in eastern Ukraine.

The post called it ‘a liberation day to celebrate both on Earth and in space’.

The ISS has been a point of contention since Russia’s invasion of Ukraine with the country’s space chief previously saying that the ISS could fall out of orbit and crash into the US or Europe because of sanctions imposed by the West. Nasa dismissed these remarks.

In April, Russia ended its long-held cooperation with Western countries on the ISS until sanctions were lifted.