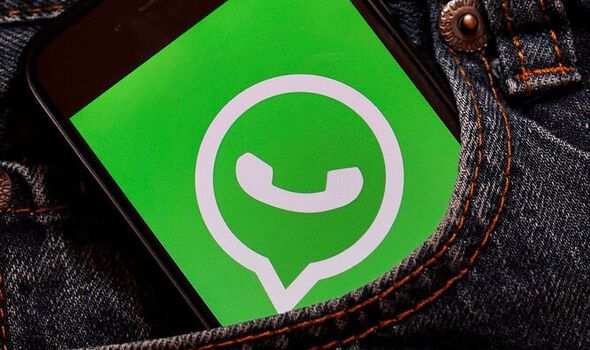 Billions of WhatsApp users may soon find they’ll be able to keep their online activity a secret with the Meta-owned chat app currently testing a major upgrade that will hide this personal information from view. As most users are probably aware, when opening a WhatsApp chat window it’s easy to see the status of friends and family with a “Last seen” notification appearing below their contact details.

Currently, this can’t be switched off but that could all be about to change thanks to an upcoming upgrade code-named “Stealth Mode”.

As spotted by the ever-reliable team at WABetainfo, it appears that WhatsApp is testing this new feature that will allow users to switch off the annoying status window that reveals if a phone is connected to the web and when a user was last checking their messages.

An image has even been posted showing all of the new options which include being able to block everyone from seeing a status or simply limiting it to certain contacts.

These options will be available on both the “Last Seen” and “Online” statuses. 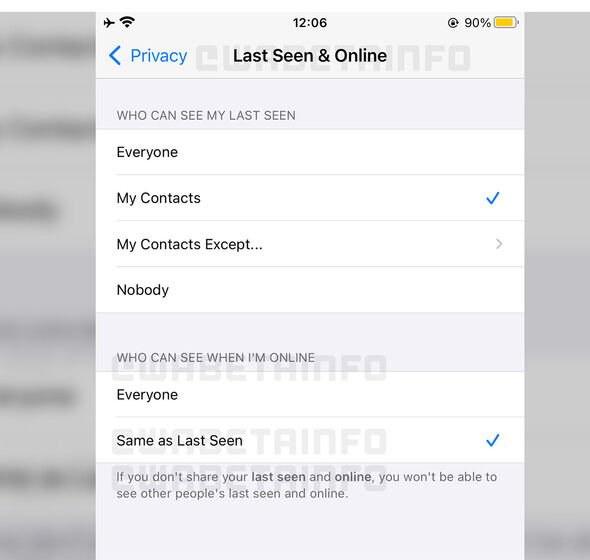 Gavin and Stacey cast ‘Still got the Whatsapp group’

It’s currently unclear when this change will be implemented but it seems that both Android and iOS will be included when it’s finally pushed out across the globe.

This so-called “Stealth Mode” is not the only change from WhatsApp with the chat app recently releasing a swathe of upgrades including the ability to add more people to a group chat with over 500 participants now able to be included.

WhatsApp has also made some major changes to its Group Voice Calls which include notifications when someone joins a chat. From now on a message will appear stating “(person’s name) joined the call” so participants know exactly who is listening in.

You can also send bigger files within WhatsApp. Until recently, users could only attach files that were a 100MB in size but that’s now been boosted to a more generous 2GB

Finally there is something called Reactions with this change similar to what Apple offers via its iMessage platform. That means WhatsApp users are now able to quickly overlay emojis, such as a thumbs up, on each chat bubble.

“We’re excited to share that emoji reactions are now available on the latest version of the app,” the firm said. “Reactions are fun, fast, and they reduce overload in groups too. We’ll continue improving them by adding an even broader range of expressions in the future. We hope people enjoy these updates and look forward to sharing more throughout the year.”