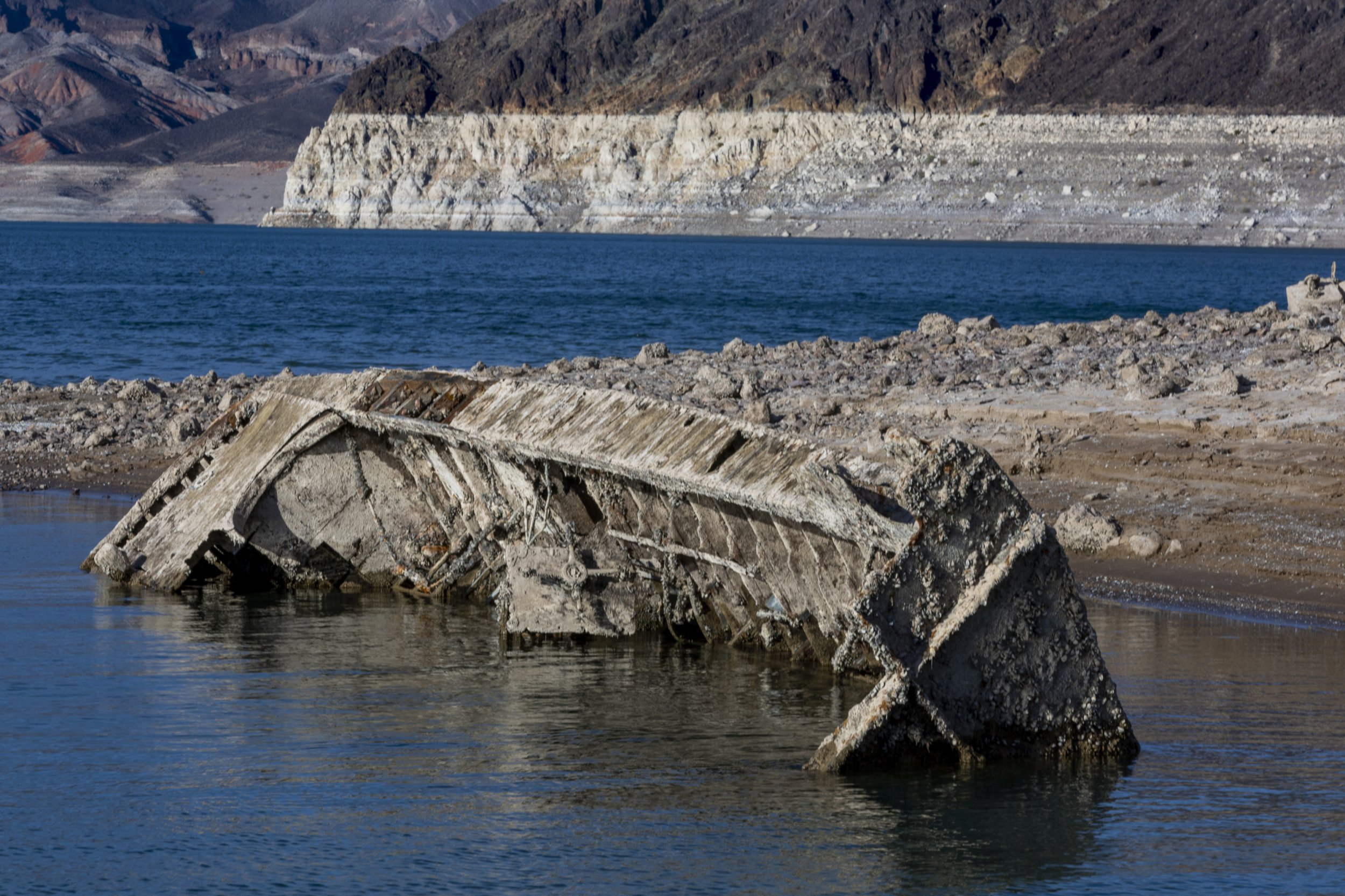 A World War II-era boat has been revealed for the first time in decades as the water level in a US reservoir continues to drop.

Fuelled by a megadrought, Lake Mead in Nevada and Arizona is at its lowest point since it was created in 1935 following the construction of the nearby Hoover Dam.

The boat is a Higgins landing craft designed to transport US troops during the Second World War.

It’s not known if this particular ship ever saw action, but it was used to survey the Colorado River after the war, The Las Vegas Review Journal reports.

The enormous river, which runs from the Rocky Mountains all the way down to the Gulf of California in Mexico, is the source of water collected in Lake Mead.

The boat was later bought by a marina on the lake before being sunk to form a breakwater, according to a local scuba diving company.

It once lay more than 185ft (56m) below the surface of the lake, before eventually being used as a dive site as the water receded.

It’s one of many interesting artefacts revealed by the ongoing megadrought, which is now in its 22nd year.

Back in the early 2000s, a ghost town called St Thomas that was deliberately flooded to create the lake re-emerged.

Historical interest aside, the drought is a serious concern for authorities in the US. Lake Mead is the largest reservoir in the US, supplying water to Arizona, California, Nevada and some parts of Mexico.

Other reservoirs like nearby Lake Powell and Lake Oroville in California have also seen historic lows in recent years.

Climate change is thought to be a major factor in the drought. With unfavourable weather patterns predicted to continue, it’s unlikely Lake Mead will fill back up anytime soon.