The so-called VRIC nations will take part in the 2022 edition of the International Army Games, organised by Russia and hosted by several countries since its inception in 2015. The exercise will see Venezuela seek to bolster ties with eastern allies amid tension with the west, and in particular, the United States.

The news comes from a report by The Centre for a Secure Free Society which says: “In mid-August, Venezuela will host the “Sniper Frontier” competition with the participation of Russia, Iran, and China’s military, as well as at least 10 other nations.”

The report noted that the competition is a “strategic move that seeks to preposition forward-deployed military assets in Latin America and the Caribbean.

“The VRIC (Venezuela, Russia, Iran and China) nations are getting ready to make a loud statement that the region is ready to embrace the multipolar force.”

The United States has imposed a series of sanctions on all four members of the VRIC community, prompting the members to unite in resisting pressure from Washington. 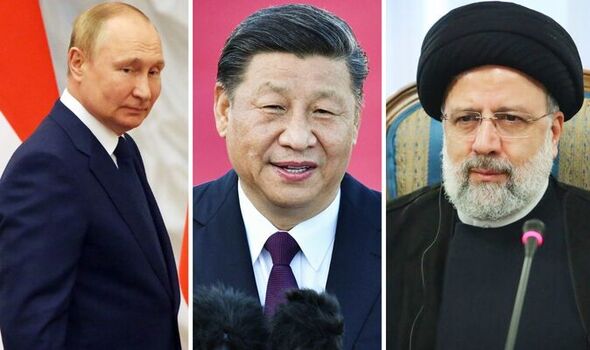 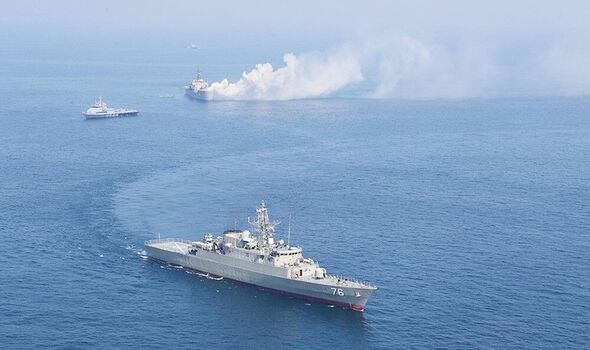 Iran, China and Russia have held three separate joint military drills in the Persian Gulf and the Indian Ocean in recent years demonstrating further cooperation between the trio.

Speaking of the need to counter US hegemonic dominance, Russian President Vladimir Putin said: “A year and a half ago, speaking at the Davos forum, I once again emphasized that the era of the unipolar world order is over…. despite all of the attempts to save it, to preserve it by any means possible.

“When they won the Cold War, the US declared themselves God’s own representatives on earth, people who have no responsibilities — only interests.

“They seemingly have not noticed that new power centres have arisen and are getting louder and louder.” 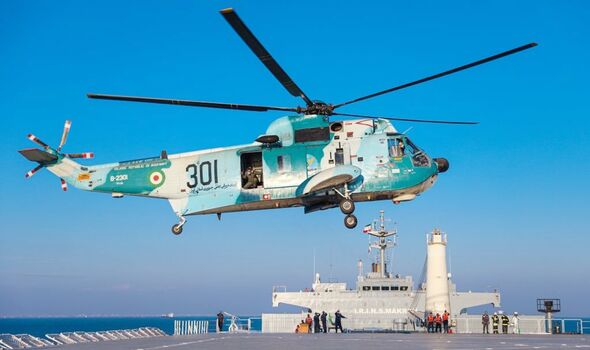 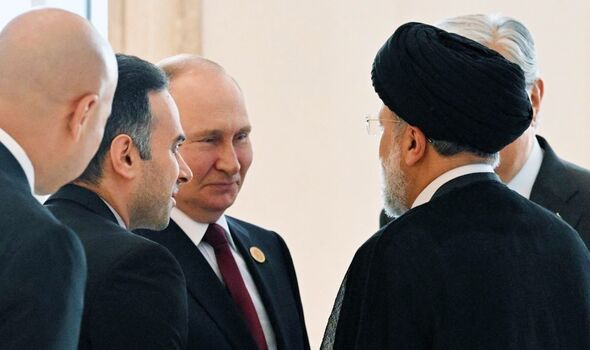 Iran for its part has strengthened ties with global partners.

A recent 25-year deal with China saw Beijing invest $600billion (£502bn) into Iran in return for a 33 percent subsidy on Iranian oil for the duration of the deal.

Included in the investment will be significant contributions to infrastructure such as ports, roads, rail networks and airports.

Furthermore, Tehran and Beijing will build closer military ties, as already demonstrated in the numerous joint drills and exercises.

Iran has also built on ties with Venezuela having inked a long-term deal with Caracas during Venezuelan President Nicolas Maduro’s recent visit to Iran. 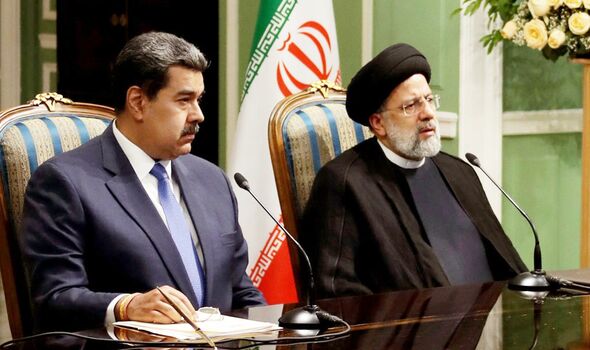 The partnership agreement includes cooperation in the fields of science, technology, agriculture, oil and gas, petrochemicals, tourism as well as culture.

Speaking of the deal, Iranian President Ebrahim Raeisi said: “The Islamic Republic of Iran has always sought relations with independent countries in its foreign policy, and Venezuela has resisted the sanctions of the enemies and imperialism and has shown exemplary resistance.”

Hydrocarbons are a vital common denominator between Iran and Venezuela, with the latter enjoying the world’s largest proven oil reserves, sitting on over 18 percent of the total oil reserves around the globe.

Iran sits in the fourth position with around 10 percent of global oil. 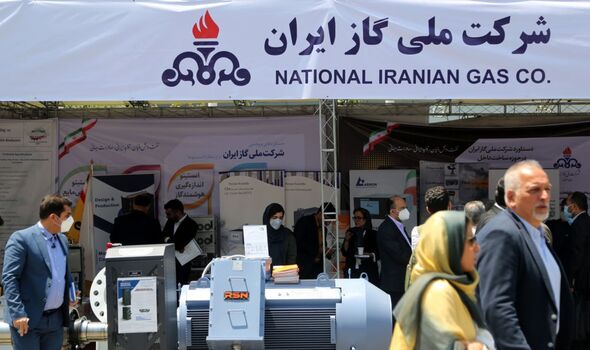 Gas is also a major asset that Iran enjoys, with the world’s second-largest proven reserves after Russia.

In light of the ongoing energy crisis in Europe, Iran and Qatar have both offered to supply the continent, however, current logistical and infrastructure challenges make the offer difficult.