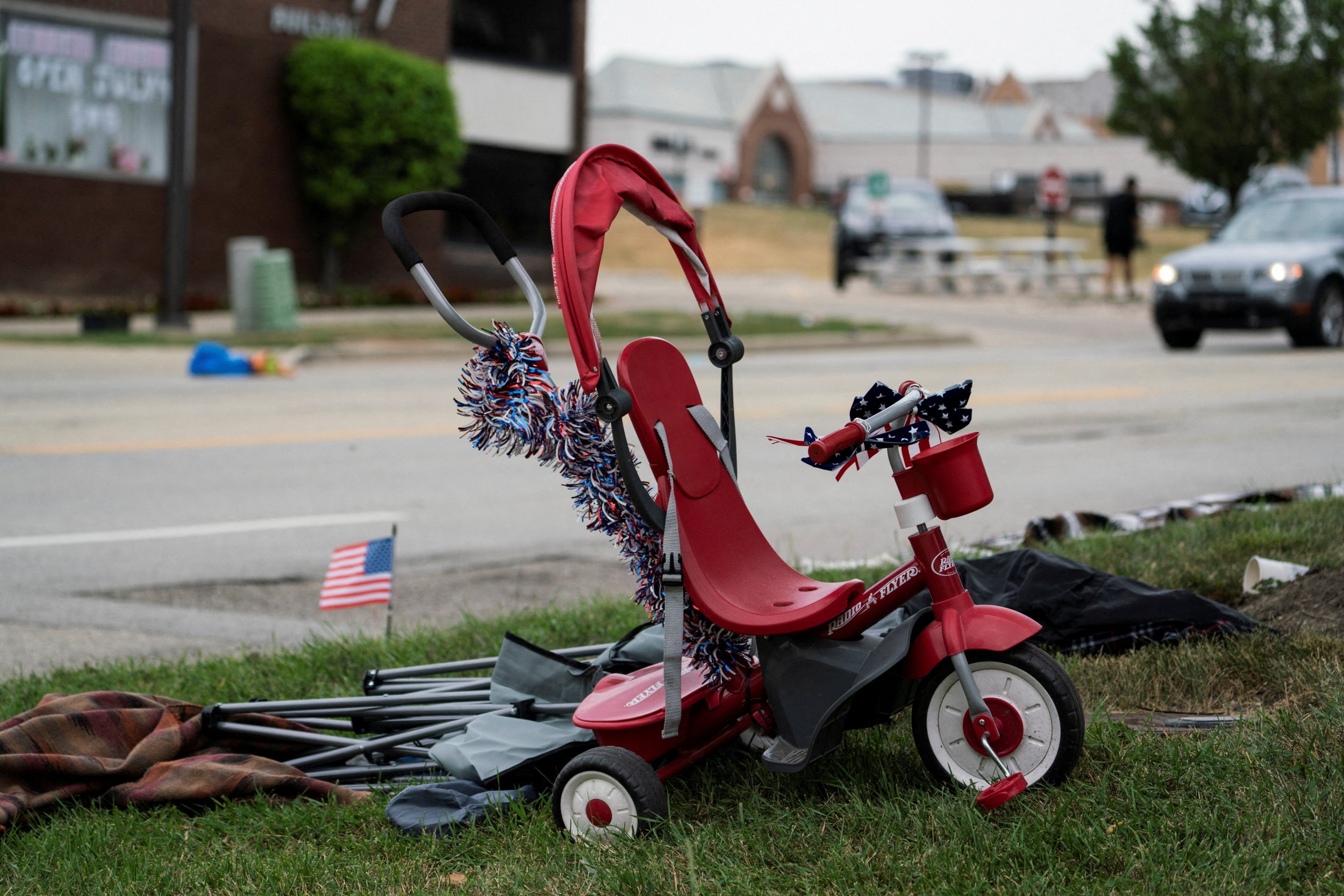 The US was rocked by gun violence on Monday when a shooter opened fire on a family parade from a rooftop in the Chicago suburb Highland Park, leaving six dead and dozens injured.

10 hours later, a rapper with disturbing songs and music videos was arrested and publicly identified as a ‘person of interest’.

Crimo seems to have had an active online presence with over a dozen videos on YouTube and a Discord channel named ‘SS’, which was open to the public through an invite link.

While he had reportedly not posted in eight months, the most recent video included concerning language and imagery that appeared to involve classrooms and stick-art depictions of people being shot.

Crimo also posted multiple albums to Spotify and several EPs and singles to Apple Music, under a rap alias which has since been taken down.

A Spotify spokesperson told The Verge that the company made the decision to remove the content in partnership with its distributor.

Social media posts suggest a TikTok account linked to Crimo may have been removed as well. TikTok also did not respond to a request for comment.

In May, the Buffalo shooter’s livestream video on Twitch was broadcast on social media millions of times before it was taken down.