British and Ukrainian mathematicians are among the four winners of the Fields Medal – an award often described as the Novel Prize in mathematics.

James Maynard, an academic from the University of Oxford, was awarded the prize for his work in analytic number theory and prime numbers.

Ukrainian expert Maryna Viazovska proved that a lattice provides the densest packing of identical spheres in eight dimensions, so was also named a winner today.

The other two medal winners this year were French mathematician Hugo Duminil-Copin of the University of Geneva, and Korean-American mathematician June Huh of Princeton.

The Fields Medal has been awarded every four years since 1936 to two, three or four mathematicians under the age of 40 for their work in their field. 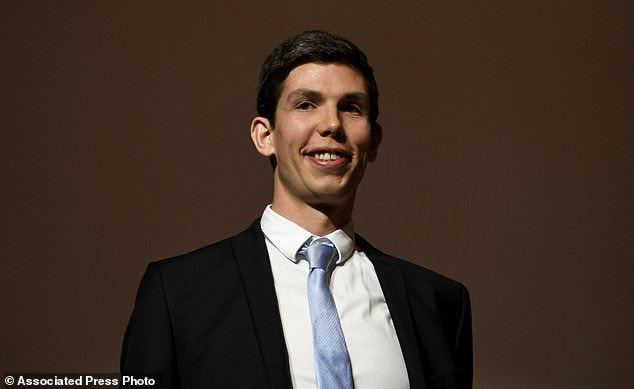 James Maynard attends the Fields prize ceremony during the International Congress of Mathematicians 2022. He was awarded the prize for his work in analytic number theory 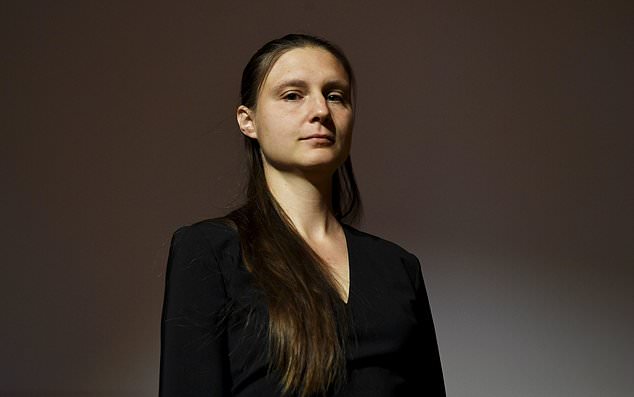 The International Mathematical Union (IMU) said Viazovska, who holds the chair in number theory at the Swiss Federal Institute of Technology Lausanne, was being honoured for her work on the densest packing of identical spheres in eight dimensions 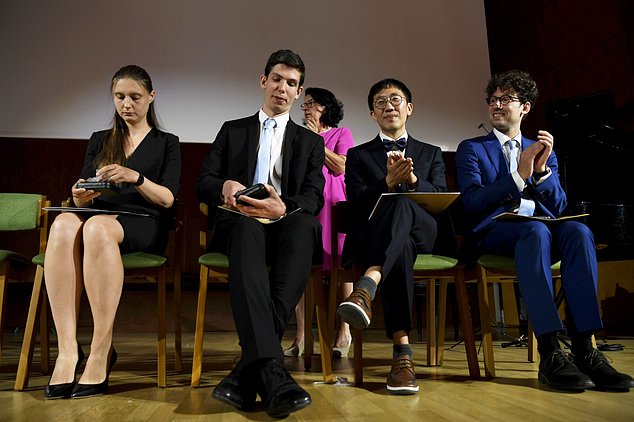 From left, Maryna Viazovska, James Maynard, June Huh and Hugo Duminil-Copin, attend the prize ceremony during the International Congress of Mathematicians 2022 in Helsinki

WHAT IS THE FIELDS MEDAL?

The Fields Medal is a prize given to mathematicians under the age of 40 in recognition of their contributions to the field.

Canadian mathematician John Charles Fields was the first to propose this medal and it was first awarded in 1936.

It has been regularly awarded since 1950.

Its purpose is to support younger mathematicians who made major contributions.

The Fields Medal recipients were announced at the International Congress of Mathematicians, which was due to be held in Russia this year but was moved to Helsinki instead.

Carlos E. Kenig, the president of the International Mathematical Union, said: ‘The ongoing barbaric war that Russia still continues to wage against Ukraine clearly shows that no other alternative was feasible.’

Maynard, 35, has made a number of breakthroughs in his field of analytical number theory.

This includes showing that sometimes prime numbers fall closer together or further apart than expected.

Maryna Viazovska, 37, is just the second female winner in the award’s history, after Iranian mathematician Maryam Mirzakhani in 2014.

Mirzakhani was celebrated for her contributions to the dynamics and geometry of Riemann surfaces – one-dimensional topological spaces.

Korean-American prizewinner Huh, 39, dropped out of school to study poetry, before his love of maths was reignited by a chance lecture at university.

His award was presented for solving conjectures in combinatorics – a field of mathematics concerned with counting – with algebraic geometry.

Duminil-Copin, 36, won the fourth medal for his work in the mathematical theory of phase transitions – like a solid melting to a liquid – in statistical physics. 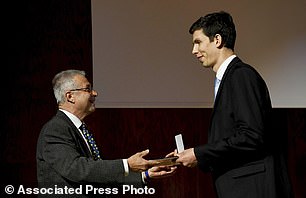 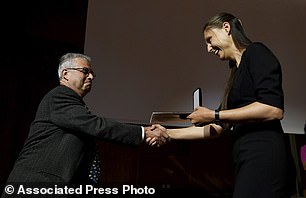 James Maynard (left) and Maryna Viazovska (right) receive the Fields Prize from IMU President Carlos E. Kenig, during the International Congress of Mathematicians 2022 in Helsinki, Finland. Viazovska is just the second woman to be awarded a medal in its history

Canadian mathematician John Charles Fields was the first to propose the Fields Medal, and it was first awarded in 1936.

It has been regularly awarded since 1950.

Its purpose is to support younger mathematicians who made major contributions.

In order to qualify, scholars must be under 40 years old – a requirement many consider to be the reason no females have won until this point, since it’s during peak child-rearing years.

At least years ceremony In 2018, Kurdish-Iranian professor at the University of Cambride, Caucher Birkar, was awarded a medal.

Born in Iran, he came to Nottingham in his final year at the University of Tehran in 2000, and applied for political asylum so he could stay in the UK to complete a PhD.

Less than an hour after he was presented with his award, it was stolen from his briefcase. 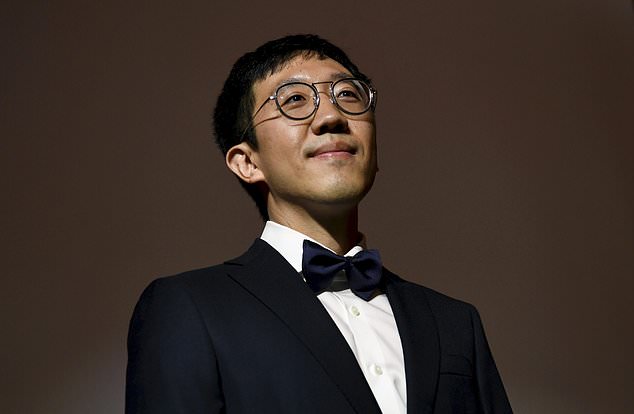 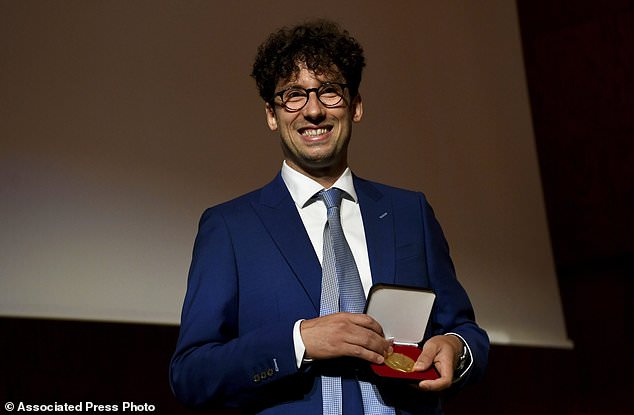 WHO ARE THE 2022 FIELDS MEDAL WINNERS? 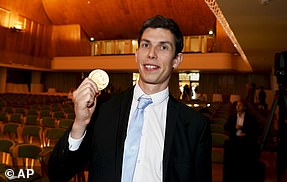 James Maynard with his Fields Medal

Why they won: For contributions to analytic number theory, which have led to advances in the understanding of the structure of prime numbers and in Diophantine approximation.

Fun fact: Maynard often chooses to stroll from home to office without wearing his glasses, as the blurring helps him focus on mathematics. 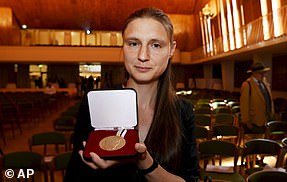 Why they won: For providing a formula to prove the most efficient stacking pattern for spheres in eight dimensions.

Fun fact: It took Viazovska 13 years to solve the problem that won her the medal. 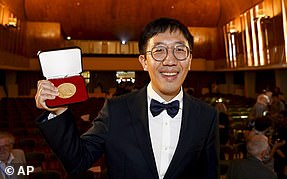 Why they won: Work including the innovative use of geometry in the field of combinatorics, the mathematics of counting and arranging.

Fun fact: Huh dropped out of high school aged 16 to become a poet. 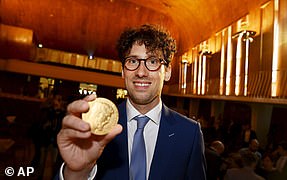 Why they won: Work in the theory of phase transitions – for example when ice melts to liquid water – in statistical physics.

Fun fact: Duminil-Copin is very sporty – enjoying hikes, bikes, swims and climbs – and says it’s often while doing sport that he gets bursts of mathematical inspiration.