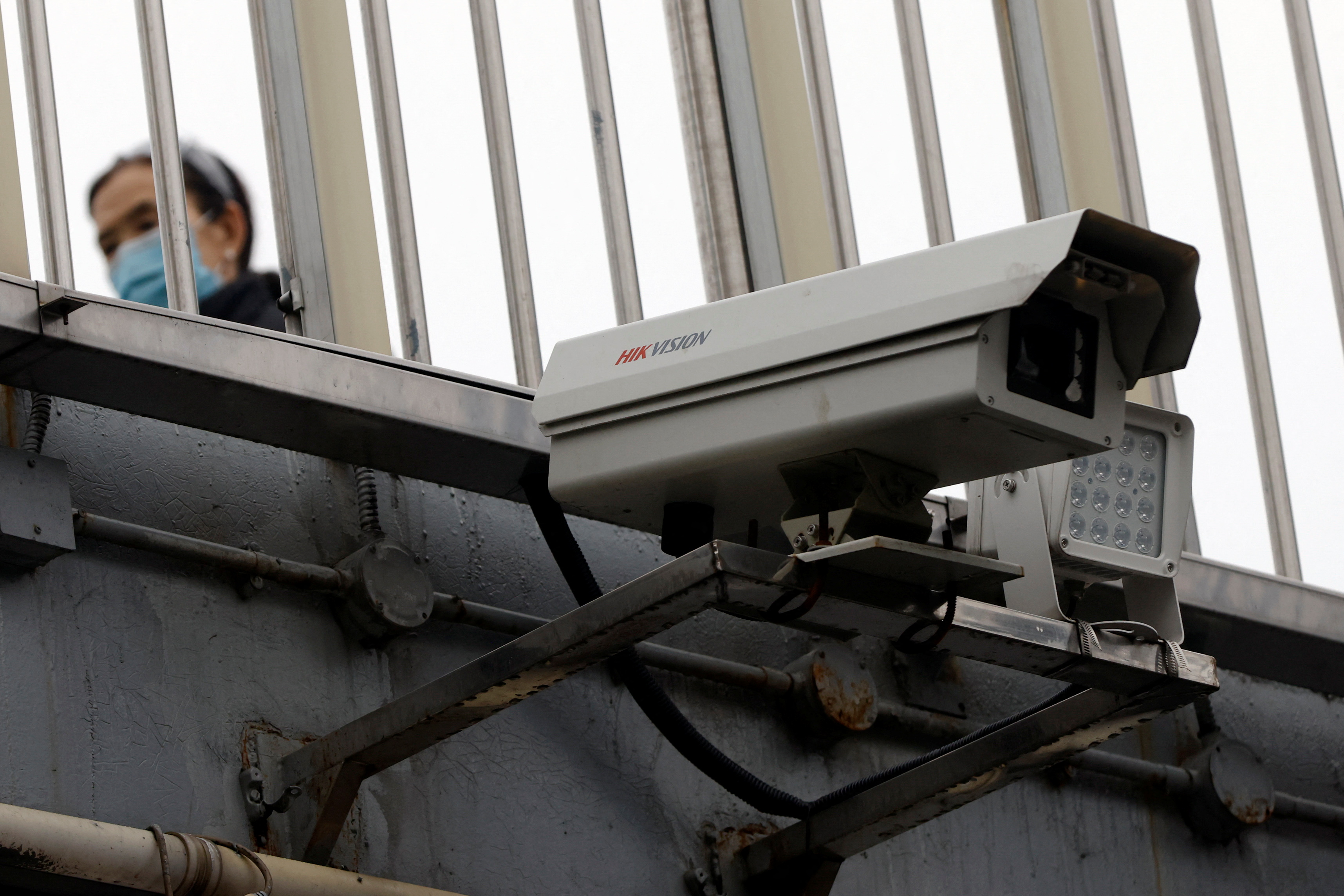 A group of 67 parliamentarians have called on the UK government to ban the sale and use of Chinese surveillance equipment in the country.

The ban has been proposed on the widely-used Chinese CCTV brands Hikvision and Dahua over their links to human rights abuses in China.

The ministers also called for ‘an independent national review of the scale, capabilities, ethics and rights impact of modern CCTV in the UK’.

The move has been supported by a cross-party group that includes Lib Dem leader Sir Ed Davey and four ex-Conservative ministers.

‘Chinese state-owned CCTV has no place watching Britain’s streets. Hikvision and Dahua are closely linked to the genocide in Xinjiang and their low-cost, high-tech cameras are normalising intrusive surveillance in the UK,’ said Jake Hurfurt, Head of Research and Investigations at Big Brother Watch.

Recent research by the campaign group Big Brother Watch suggests that 73% of UK councils, 57% of secondary schools in England, and six out of 10 NHS trusts, as well as UK universities and police forces use CCTV cameras made by the firms.

Several government departments, including the Home Office and the Department for Business, Energy and Industrial Strategy, have Hikvision cameras visibly in use on the front of their buildings, according to the civil liberties campaign group.

Both companies which are partly owned by the Chinese state have been banned from trading in the US, owing to security concerns and evidence of their use in so-called ‘re-education’ camps in Xinjiang where an estimated 1 million Uyghurs are detained and subjected to abuse, torture and forced sterilisation.

Last year, The House of Commons Foreign Affairs Committee called on the UK to follow suit with a ban on Chinese surveillance companies.

A 2021 Foreign Affairs Select Committee report recommended that equipment manufactured by Hikvision and Dahua should not be permitted to operate within the UK.

But so far the committee’s recommendations of a ban on the companies in the UK have not been implemented.

‘Hikvision and Dahua have previously been found to offer ethnicity profiling tools on their CCTV cameras in Xinjiang and both companies have signed several contracts to provide surveillance equipment for cities and concentration camps in the region,’ said Big Brother Watch.

It pointed to security holes found in Hikvision products as one of the company’s main remote viewing software tools was found to connect directly to servers in China.

Dahua has in the past said that it follows ‘all applicable local, national and international laws, regulations and conventions’ and states that it ‘has not and never will develop solutions targeting any specific ethnic group’.

The move comes as discussion of the Procurement Bill resumes in Parliament on Monday.

An amendment to the bill, supported by Big Brother Watch, would allow potential suppliers to be excluded over concerns about human rights abuses.

A recent proposal by the biometrics and surveillance camera commissioner, Fraser Sampson, to include consideration of suppliers’ human rights records in the rules regulating police and local authorities’ CCTV use was rejected by thegovernment.

As of 2022, London is among the most surveilled cities notorious for its strict surveillance of public spaces, with 13.35 CCTV cameras per 1000 people.