Chinese foreign ministry spokesperson Zhao Lijian said: “This is not the first time that the head of the US National Aeronautics and Space Administration [NASA] has ignored the facts and spoken irresponsibly about China. “The US side has constantly constructed a smear campaign against China’s normal and reasonable outer space endeavours. China opposes such irresponsible remarks.” Beijing, he added, has always promoted the building of a shared future for humanity in outer space — and opposed both its weaponization and any space-based arms race.

NASA administrator Bill Nelson made his remarks in an interview published in the German newspaper Bild on Saturday.

He said: “There is a new race to space — this time with China.

“We must be very concerned that China is landing on the Moon and saying ‘It’s ours now and you stay out’.

Mr Nelson — who served as an astronaut on a 1986 space shuttle mission — also suggested that China’s successes in space have come on the shoulders of others.

He said: “China is good. But China is also good because they steal ideas and technology from others.”

Beijing has denied the suggestion that the China National Space Administration has copied spacecraft designs from NASA. 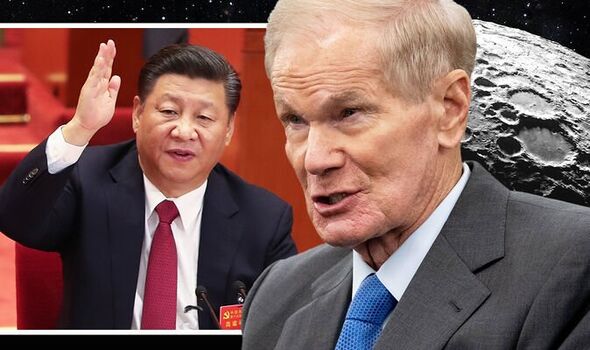 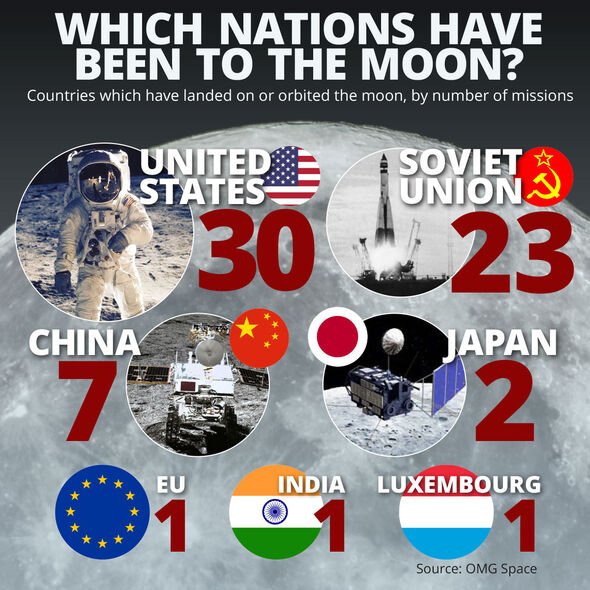 Responding to Mr Nelson’s comments, the Chinese state-controlled newspaper The Global Times published an article calling Mr Nelson “colonial-minded”, “hypocritical” and “narrow-minded”, rather than being “mindful for the future of humanity”.

The paper went on to accuse the US of “monopolising technologies” in an effort to gain dominance over the space sector.

The Global Times also accused the US of blocking moves by China and Russia aimed at ensuring the non-proliferation of space weapons.

The States, they claimed, twice rejected a draft amendment to the Prevention of an Arms Race in Outer Space treaty that would have prohibited the deployment of weapons in space. 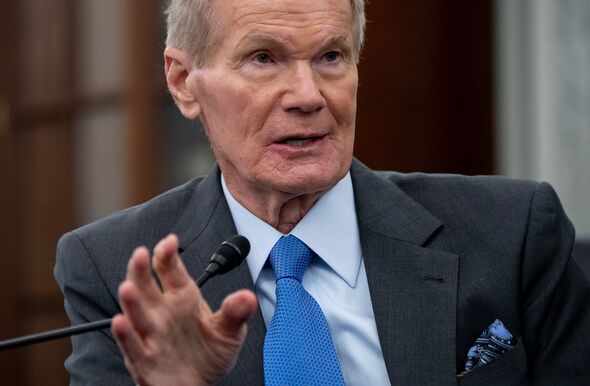 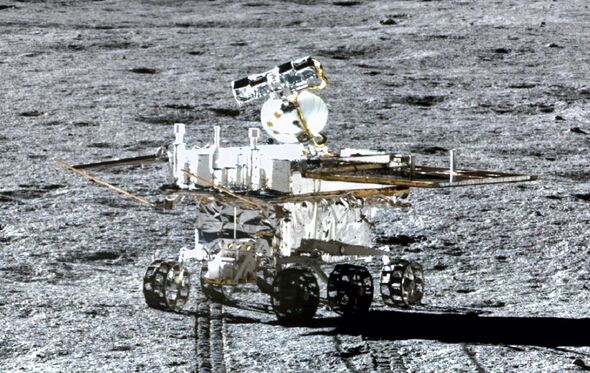 What is indisputable is that China has stepped up the pace of its space programme over the course of the last decade — with the Moon being a particular focus.

The Chinese Lunar Exploration Programme is notable for including the first — and, to-date, only — successful landing of a rover on the far side of the Moon.

China is planning robotic missions to the Moon’s south pole — an area thought to contain water deposits which could be harvested to produce rocket fuel — in the coming years.

And by the end of the decade, the China National Space Administration expects to be able to launch rockets powerful enough to send astronauts to the lunar surface.

And, according to Mr Nelson, China is planning to develop a Moon base in collaboration with Russia, with a proposed completion date in 2035. 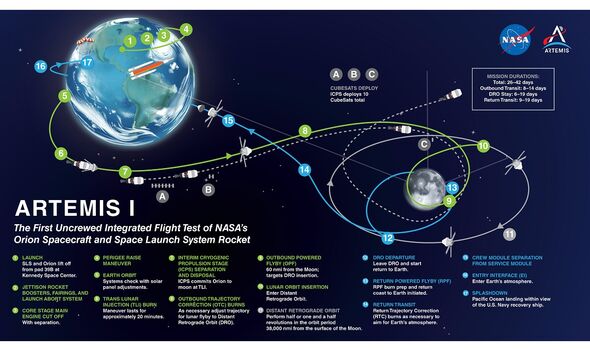 As part of its Artemis programme, meanwhile, NASA is looking to send a crewed mission to orbit around the moon in 2024, and to follow up with a crewed landing near the lunar south pole by the following year.

Back in May, Mr Nelson told a US House subcommittee hearing that NASA was aiming — all things being well — to launch the uncrewed Artemis I mission in August.

A key step to returning to the Moon, this mission will see the first integrated flight test of NASA’s Orion spacecraft and the long-awaited Space Launch System (SLS) rocket.

Launching from the Kennedy Space Center in Florida, the mission will engage in several orbits of the Moon, including the first-ever “distant retrograde orbit” which will reach some 43,730 miles out from the lunar surface.

The mission will last anywhere between 26 and 42 days, depending on which specific launch window is chosen.