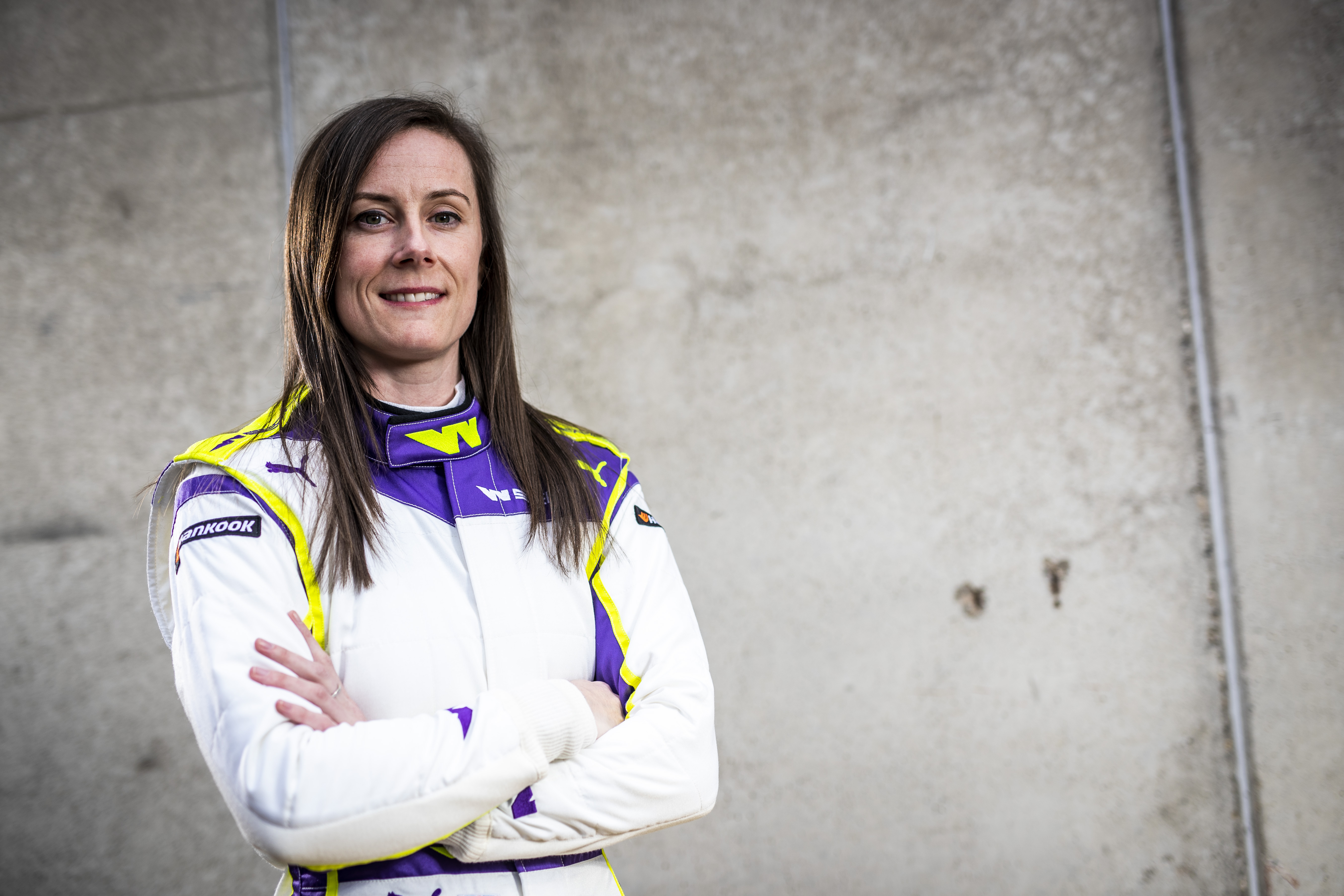 The driving star on Racing Pride – the sport’s LGBTQ+ charity – competing with her partner Jessica, and her favourite James Bond car.

What was your first car?

A Renault Clio. And you know what? I was really sensible. I guess I’ve always saved the speeding for the track.

What do you drive now?

I’m lucky to have a partnership with a BMW dealership in Colchester. I’m currently driving an X3 M Competition and it’s a pocket rocket. It’s a 503bhp SUV but you don’t feel the size of it.

Your partner Jessica Hawkins races alongside you in the W Series. Is that where you met?

I met Jess before the W Series. Motorsport is a small world, especially for the female drivers. I remember crossing paths with her at Goodwood and seeing what she was up to but when I came to W Series we got to know each other a bit more, became friends and now we’ve been together for two and a half years almost.

How competitive are you two?

We’re always competitive – we’d be rubbish racing drivers if we weren’t. But if one of us is having a difficult time or our confidence is tested, we’re always there to support each other. Ultimately, we both want each other to do well. The dream is to be at the front together.

Who’s the best at power-slides?

We argue over this! But I’ll say Jess just so I have a happy girlfriend.

Jess is an Aston Martin Racing ambassador and was a stunt driver on the last Bond film. What’s your favourite 007 car?

I really liked the Land Rover Defenders in No Time To Die. They stood up to some pretty big stunts.

Last October you broke your back at the W Series race in Austin, Texas, yet you’re back this season. How?

It was the most painful thing I’ve been through. It was a freak accident. I’m still not 100 per cent but I’m a lot further along than I was nine months ago. Racing drivers are very impatient but you can’t be impatient with a spinal injury.

Was it difficult to come out?

I’ve always been out. I’ve never hidden who I am. I realised I was gay at probably 17. I’ve never been ashamed of being a gay person and have always been open in the public eye. It’s important for me to be involved with Racing Pride [motorsport’s LGBTQ+ charity], and using the platform I have to show you can be a successful female in a male-dominated industry. If my journey inspires other people then that’s a real positive.

There’s a big push in motorsport on inclusivity and diversity at the moment, much more than when I started racing, but we need to keep pushing. It needs to be at the core of the sport.

I’m biased because I’m a test driver for EV company Fisker. But I’m definitely on board with the electric world. It’s a difficult transition, and I’ll miss the noise and smell of IC engines, but EVs produce instant torque, smoothness and silence.

Watch the fourth race of the 2022 W Series season live from Silverstone on Sky Sports and Channel 4 from 1.10pm on Saturday

This year marks 50 years of Pride, so it seems only fitting that Metro.co.uk goes above and beyond in our ongoing LGBTQ+ support, through a wealth of content that not only celebrates all things Pride, but also share stories, take time to reflect and raises awareness for the community this Pride Month.

And we’ve got some great names on board to help us, too. From a list of famous guest editors taking over the site for a week that includes Rob Rinder, Nicola Adams, Peter Tatchell, Kimberly Hart-Simpson, John Whaite, Anna Richardson and Dr Ranj, as well as the likes of Sir Ian McKellen and Drag Race stars The Vivienne, Lawrence Chaney and Tia Kofi offering their insights.

During Pride Month, which runs from 1 – 30 June, Metro.co.uk will also be supporting Kyiv Pride, a Ukrainian charity forced to work harder than ever to protect the rights of the LGBTQ+ community during times of conflict, and youth homelessness charity AKT. To find out more about their work, and what you can do to support them, click here.