The oval shaped storage pits are thought to have originally been used to hold grain. Five humans in total were discovered in the pits, which is located in present-day Dorset. The Iron Age settlement has been dubbed Duropolis due to it once being a thriving farming settlement and is thought to have been occupied by the tribe known as the Durotriges.

Over the last three weeks, the team of 65 students have been excavating the pits.

The bodies were in crouched positions in the pits when found and were buried with joints of meat, along with pottery bowls which once contained drinks.

Researchers say the discovery has given exciting new insights into the way the prehistoric Iron Age civilisation went about their lives, particularly with regard to the religious practices used during that time.

Dr Miles Russell, a senior lecturer in prehistoric and Roman archaeology at Bournemouth University, said: “We know a lot about life in Britain during and after the Roman invasion because so much has been written down. 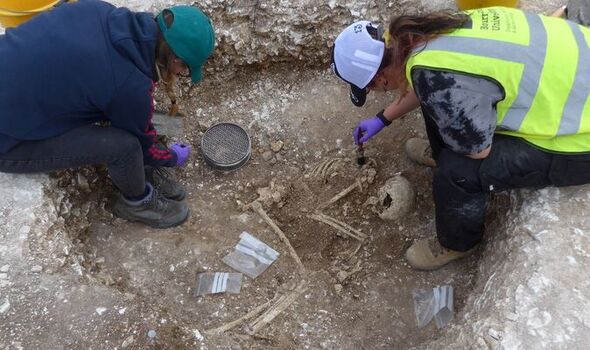 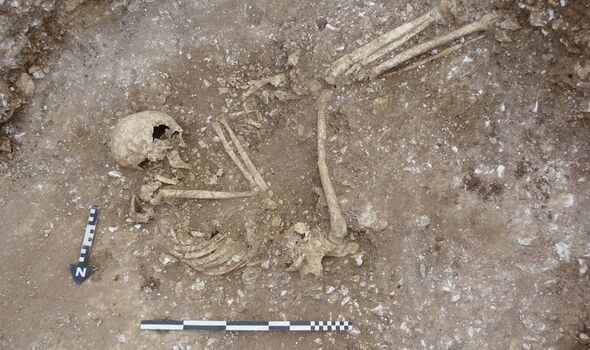 “But we do not have anything written about life before, the answers to how they lived come solely from what we find in the ground.”

He added: “The animal remains that we’re finding placed in the bottom of pits would have provided weeks of food for this settlement, so it’s a significant sacrifice to their gods to bury so much in the ground.

“In some pits, animal parts had been placed onto and together with other animals, for example we found a cow’s head on the body of a sheep.

“We don’t know why they would have done this, to us it’s frankly bizarre, but it’s a fascinating new insight into their belief systems.” 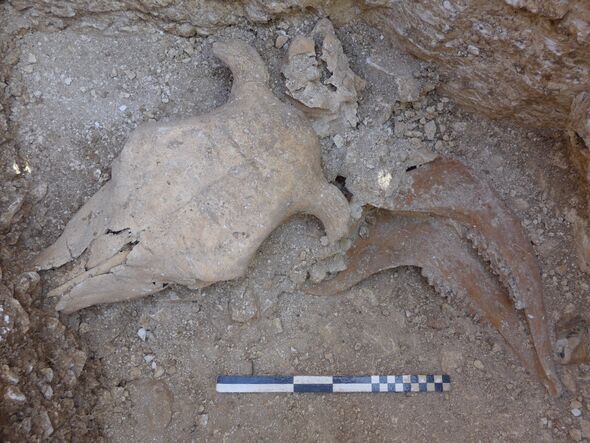 Nathan Sue, one of the archaeology students at Bournemouth University, was tasked with cleaning and preserving the finds unearthed at the settlement.

He said: “Some of the most exciting finds we have excavated from the dig include a ring that we found on someone’s finger in an associated burial. It is a copper alloy, perhaps bronze and it’s nice to find that as rings of this age are not common.”

Damian Evans, a demonstrator in field archaeology and collections at Bournemouth University, said: “The burials at Winterborne Kingston — lying on side, limbs tucked up — would have been the practice of the Durotriges at the time, and buried in a shroud alongside some offerings for the afterlife.”

The Durotriges were one of the Celtic tribes living in Britain 100 years before the Romans took over. 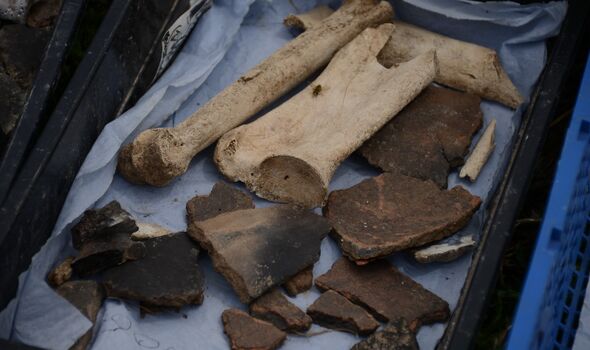 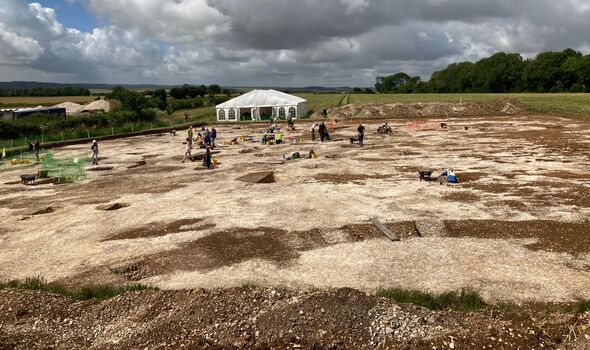 They occupied much of present-day Dorset, south Wiltshire, south Somerset and Devon.

Through field survey, geophysical investigation and targeted excavation, Dr Russell and other experts from Bournemouth University have been uncovering new information about the Iron Age to Roman transition since 2009.