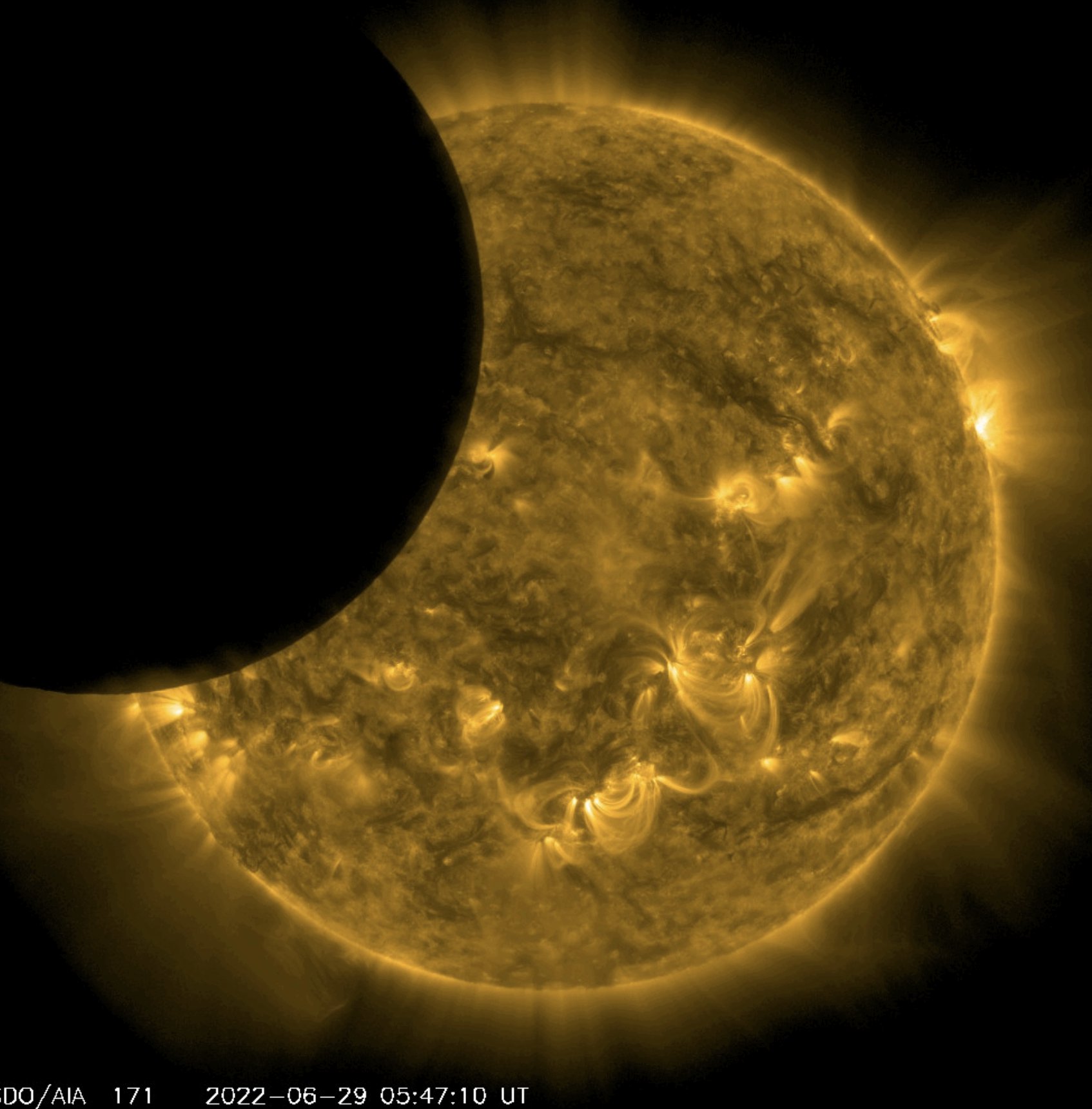 A solar eclipse is a pretty spectacular thing to behold.

Unfortunately, down here on Earth there are all kinds of things that can get in the way. Like cloudy weather or, y’know, night time.

Not so in space. Which is why a Nasa probe was able to capture this remarkable set of pictures of a partial solar eclipse this week.

The transit started at 05:20 BST and lasted for about 35 minutes.

At its peak, the moon covered 67 per cent of our parent star’s fiery surface.

The images are so clear, that bumps and ridges can be seen on the moon’s surface as it passed in front of the sun.

These have been identified as part of the Leibnitz and Doerfel mountain ranges.

What is a solar eclipse?

A solar eclipse occurs when the moon passes between the sun and the earth and blocks the sun.

A total solar eclipse takes place when the sun, moon and earth are in a direct line.

When a total solar eclipse occurs, the sun is completely blocked, meaning the sky becomes extremely dark, as if it were night time.

There are also partial solar eclipses which occur when the sun, moon and earth are not exactly lined up.

When this happens, the sun is partly obscured and appears to have a dark shadow on a small part of its surface.

The third is an annular solar eclipse which occurs when the moon is farthest from earth.

Here, the moon does not block the entire view of the sun and leaves the outer edges exposed, creating a ring-like effect.

Here, the moon does not block the entire view of the sun and leaves the outer edges exposed, creating a ring-like effect.