The news comes as the war in Ukraine continues amidst fears the conflict could spread into Europe, with Russian President Vladimir Putin continually sending warnings to neighbouring countries. Although many nations have openly condemned the invasion of Ukraine, several countries have remained quietly loyal to Putin, including Serbia, in which pro-Putin rallies have been seen.

At the request of NATO, British military experts will now head to the Balkan nation as announced by Prime Minister Boris Johnson.

Of the team, a UK military counter-disinformation expert and a civilian strategic defence adviser will be sent to train the armed forces in Bosnia and Herzegovina (BiH).

“By fanning the flames of secessionism and sectarianism Russia seeks to reverse the gains of the last three decades in Bosnia and Herzegovina, gains that have brought more stability to our whole continent.”

Mr Johnson added: “That is why we are stepping up support to Bosnia and Herzegovina, answering the call from our friends to help protect the peace they so rightfully deserve to enjoy.” 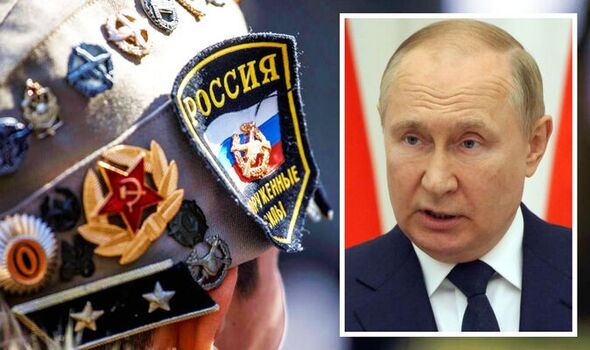 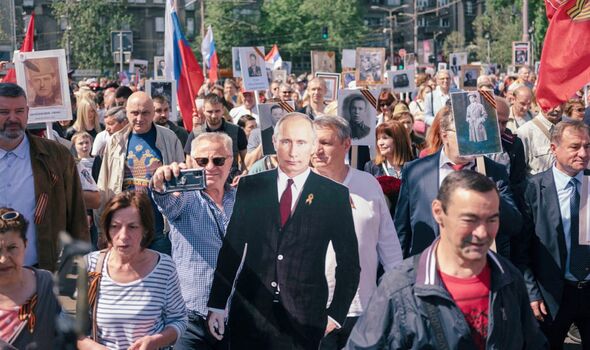 European Union officials doubled the size of the EUFOR Force troops to 1,100 upon the Russian invasion of Ukraine commencing in an effort to stem potentially instability in various regions across Europe.

Speaking of the stability and security of Europe at the time, EU Foreign Policy Chief, Josep Borrell issued an indirect warning to Putin saying: “To everyone thinking about destabilising Europe and the Western Balkans, my message is clear: Operation [EUFOR] Althea is here to prevent it.”

Bosnia and Herzegovina has remained in a delicate situation since the election of pro-Serb leader Milorad Dodik who has recently vowed to retain plans to take the Serb half of Bosnia-Herzegovina, the Serb Republic, out of the country but is just waiting for the right moment.

Russia has been accused of meddling in BiH in light of the pro-Serbian sentiment demonstrated in some parts of the country. 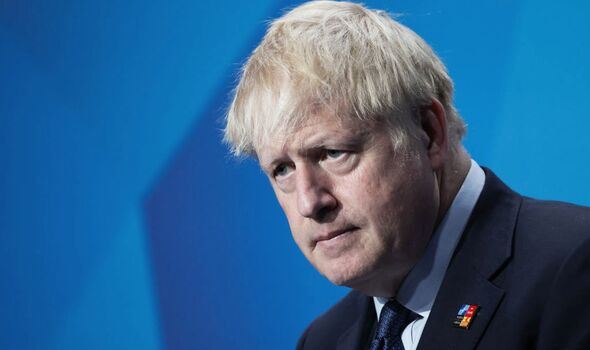 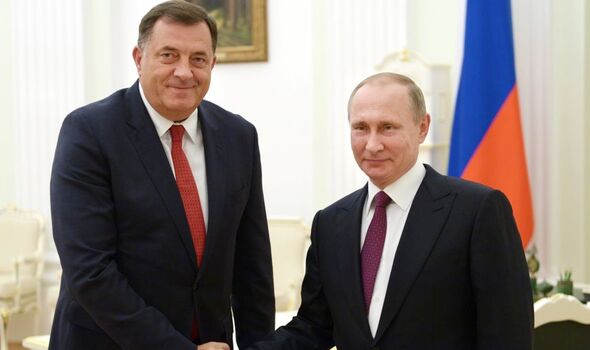 The impact of Russian influence in Bosnia was raised by US Senator Chris Murphy during a trip to the Balkans.

He said: “As Putin gets backed into a corner, he is going to look for other places to try to score victories.

“And one of them may be Bosnia.”

For centuries, Russia fostered deep fraternal ties with the Serbs in the Balkans — undergirded by their Slavic and Orthodox heritage along with their steadfast alliances during the world wars of the 20th century.

NATO’s intervention in the Balkans in the 1990s – first in Bosnia and later against Serbia during the Kosovo war – has long been seen by the Kremlin as a humiliating provocation.

Since then, Russia has sought to increase its influence on the ground with Bosnia’s Serbs. 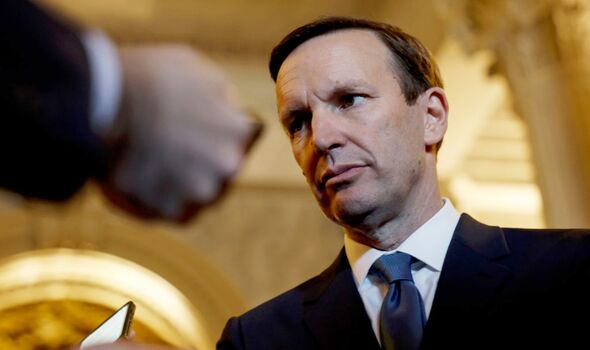 In a similar fashion to Russia’s opposition to Ukraine joining NATO, Moscow has echoed concerns over BiH joining the alliance with the Russian ambassador to Sarajevo warning it will “react” if Bosnia joins.

The embassy also cautioned the West against manoeuvres that could destabilise Bosnia.

One expert on the Balkans, Srecko Latal said outside influences were filling powerful vacuums in BiH.

He said: “The Balkans have been destabilised above all by the absence of the EU.

“The presence of Russia and any other foreign influence, Chinese, Turkish or some Gulf countries is the consequence”.

Don’t forget to leave your views and thoughts in our comments section below. 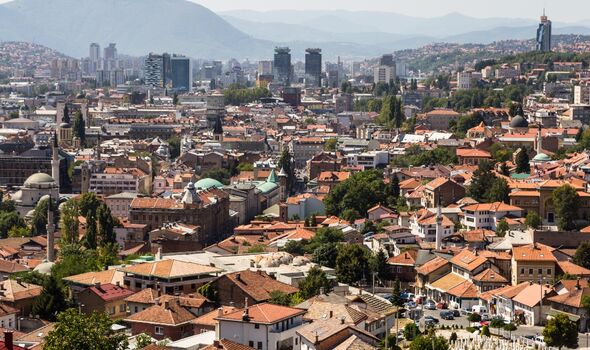 However, Mr Latal says the war in Ukraine has resulted in the EU and US strengthening ties and sharing ideas when it comes to Bosnia.

He ended with a warning: “This Russian threat appears to really have forced the United States and the EU to adopt a more serious approach and to understand the situation in Bosnia and in the rest of the Balkans.

“Russia has enough local infrastructure and local followers throughout the Balkans to try to destabilise the region further – if it wants to.”