Bulgarian MEP seems to do 'Nazi salute' while leaving Parliament

The news comes as Bulgaria has declared 70 Russian officials as “persona non grata” on allegations of espionage incompatible with their diplomatic missions. Justifying the move, Prime Minister Kiril Petkov said: “This is what happens when foreign governments try to interfere in Bulgaria’s internal affairs.”

The decision had been taken based on information gathered by the Bulgarian secret services, refusing to comment further.

Yet Putin has reacted angrily, giving Bulgaria until 12:00 noon today to reverse the decision or risk the notion of severing diplomatic ties between Moscow and Sofia.

Speaking of the move, the Russian Ambassador to Bulgaria Eleonora Mitrofanova made it clear that Russia could recall all its 114 diplomats and close the embassy and the Russian consulates altogether.

She said: “Russia is considering severing diplomatic relations with Bulgaria over the scandal with the expelled 70 Russian diplomats.”

The top official said Bulgaria’s actions were being seen by Moscow as “unprecedented”. 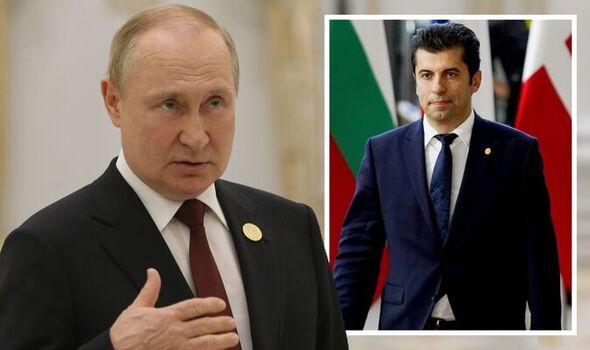 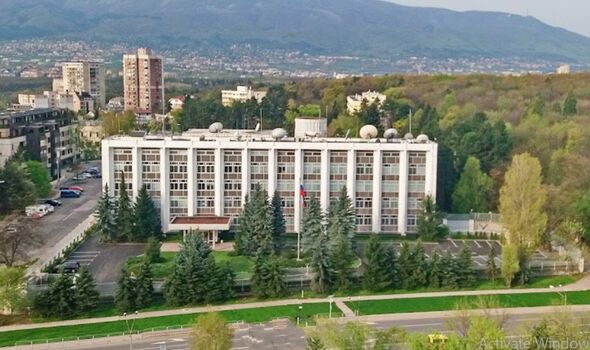 Bulgaria’s Foreign Ministry said the demand by Russia had been sent to the ministry via a diplomatic note.

Russia has accused the UK and US of controlling the political decisions being made in Bulgaria, with Ms Mitrofanova saying London and Washington were “calling the shots.”

The Bulgarian PM has said the Russian diplomats are expected to leave the country by Saturday on a specially chartered flight back to Russia.

Pressure is now on Mr Petkov to see through the move in spite of him giving in his resignation notice following a recent vote of no confidence.

Mr Petkov did acknowledge deep historic ties between Sofia and Moscow, saying relations were long-term, multi-layered and had great importance. 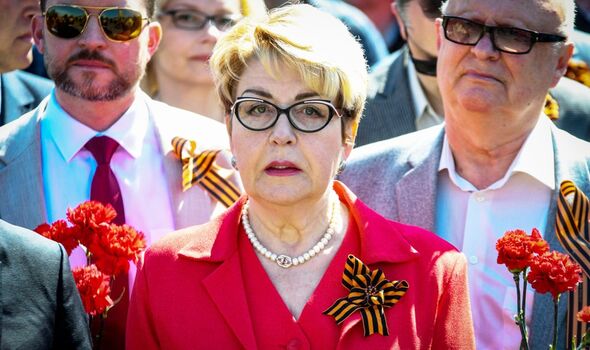 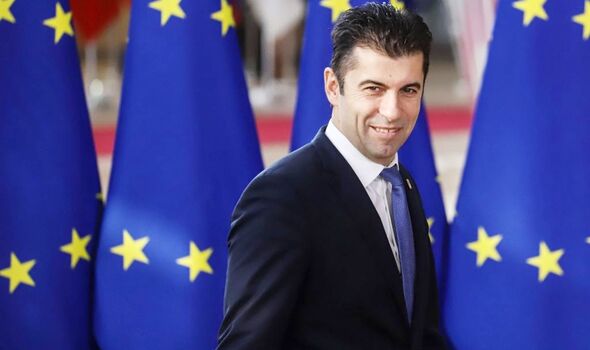 Tsarist Russia liberated Bulgaria following the Russian-Turkish war of 1877-1879 after five centuries of Ottoman domination of the Bulgarian people. Many Bulgarians consider the Russians as a brotherly people.

Mr Petkov said: “We respect the Russian people and value our cultural, historical, social and trade and economic ties.

“Therefore, although the Bulgarian presence in our embassy in Russia is only 12 people, the Russian embassy in Bulgaria will have the opportunity to retain 43 employees, according to the decision taken by the Bulgarian government on Wednesday.”

He continued: “We are convinced that Bulgarian-Russian relations can continue to develop in areas of mutual interest, respecting the values important for each of our countries.

“Therefore, we appeal to the Embassy of the Russian Federation to withdraw the note submitted today.” 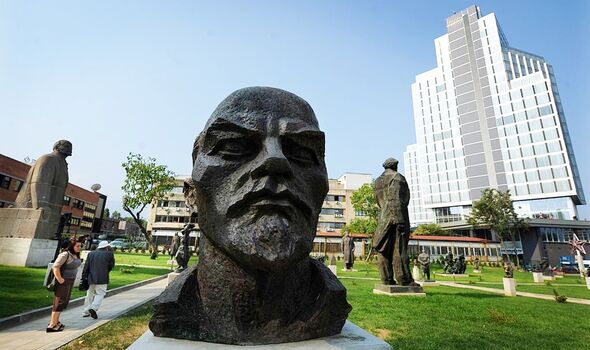 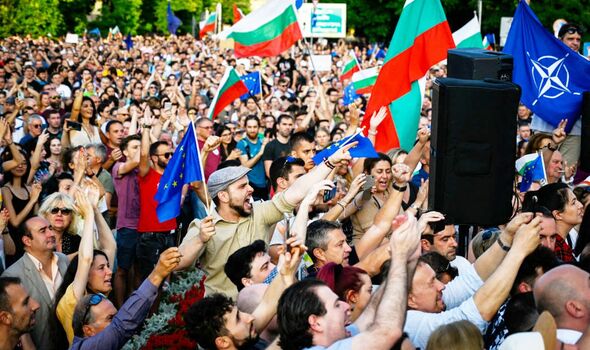 Bulgaria is one of many former nations in Europe that had been under the sphere of influence of the Soviet Union during the Cold War.

Historic ties still have a significant impact in Bulgaria, in particular when it comes to Russia.

Despite their country being a NATO member, Bulgarians have significant geopolitical hesitations, according to the latest poll by Alpha Research.

Only 39 percent of Bulgarians want the country to be an ally of the West in a new Cold War, while 23 percent insist on an alliance with Russia and Belarus.

Nearly 30 percent are hesitant about which side they would support, even though the majority votes for parties with a Euro-Atlantic agenda.

Don’t forget to share your views on this story in our comments section below.