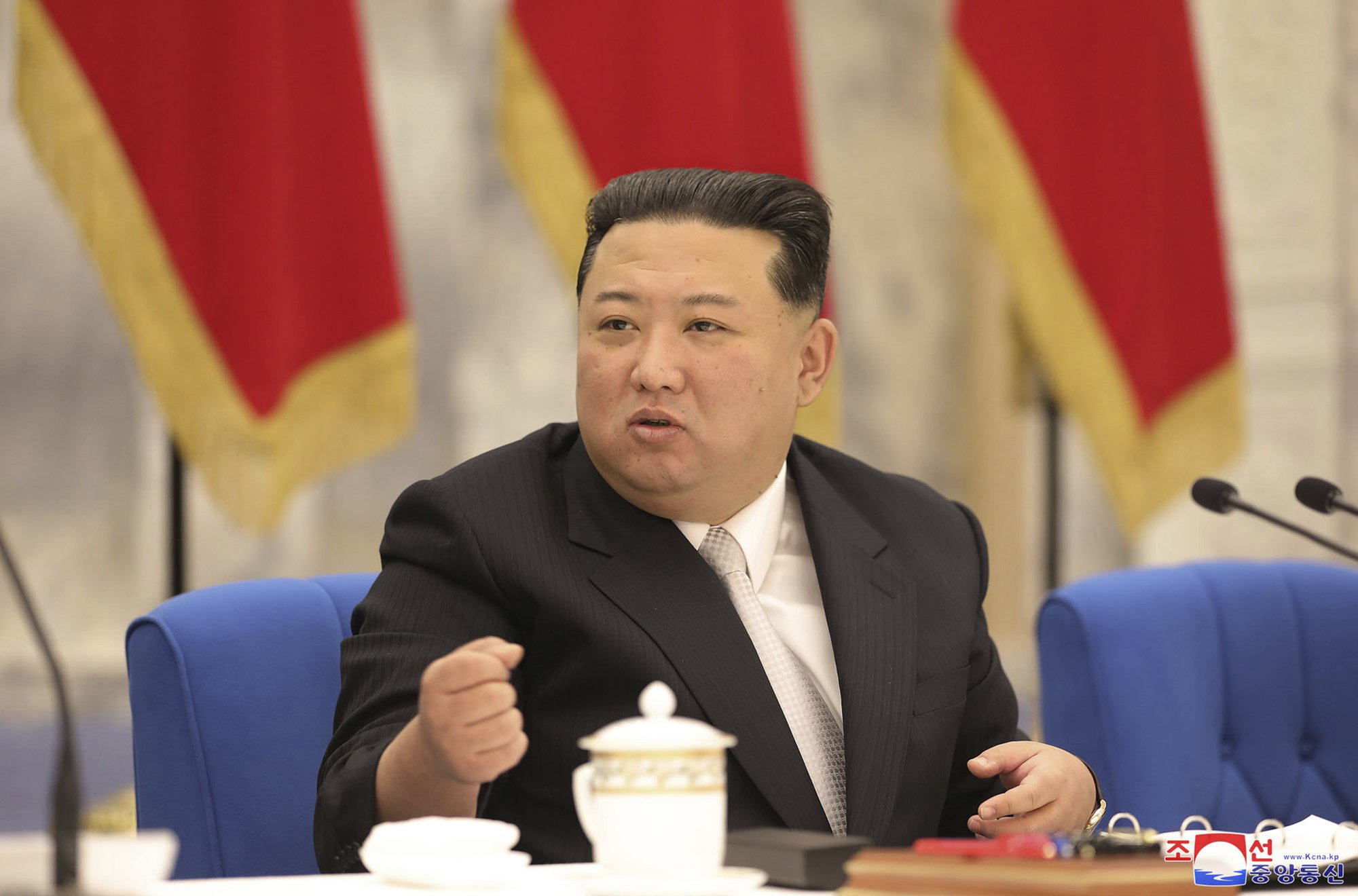 North Korea is blaming the country’s first Covid-19 outbreak on patients touching ‘alien things’ near the border with South Korea.

On Friday, the country announced the results of an investigation that apparently shifted the blame to their neighbour for the wave of infections in the isolated country.

North Koreans have been ordered to ‘vigilantly deal with alien things coming by wind and other climate phenomena and balloons in the areas along the demarcation line and borders’, according to the official KCNA news agency.

The agency did not directly mention South Korea, but North Korean defectors and activists have for decades flown balloons from the South across the heavily fortified border, carrying leaflets and humanitarian aid.

South Korea’s unification ministry, handling inter-Korean affairs, said there was ‘no possibility’ of the virus entering the North through leaflets sent across the border.

According to KCNA, an 18-year-old soldier and a five-year-old kindergartner came into contact with the unidentified materials ‘in a hill around barracks and residential quarters’ in the eastern county of Kumgang in early April. They later showed symptoms and tested positive for the coronavirus.

The KCNA said all other fever cases reported in the country until mid-April were due to other diseases, but it did not elaborate.

‘It’s hard to believe North Korea’s claim, scientifically speaking, given that the possibility of the virus spreading through objects is quite low,’ said Yang Moo-jin, a professor at the University of North Korean Studies in Seoul.

How long can coronavirus survive on surfaces?

There is no easy answer to this question, as the virus survives on some surfaces for longer than others.

A new study by The New England Journal of Medicine claims the virus can sit for up to 72 hours on plastic and stainless steel, and up to 24 hours on cardboard.

The US Centers for Disease Control and Prevention (CDC) has emphasised the virus is generally spread from person to person through respiratory droplets, and not through surfaces.

Last month, the country said it was battling a mysterious infectious disease alongside its efforts to contain Covid-19.

Pyongyang has been announcing the number of fever patients daily without specifying whether it was Covid-19 due to a lack of testing kits.

As of last Friday, 4,570 more people were reported to have fever symptoms with a total of 4.74 million fever patients recorded since late April.