The news comes as leaders from NATO member nations gathered in Madrid for a summit on the tail of the G7 meeting in Germany. Russia has been a key topic of discussion during the talks, with the alliance almost unanimously agreeing to step up defences in Europe, as well as seeing two new members approved to join.

With Germany and the Netherlands already having agreed to send Howitzers to Ukraine, Italy has also stepped up to the pledge according to Dutch Prime Minister Mark Rutte.

Speaking on the fringes of the NATO conference, Mr Rutte said Italy “will be supplying” Ukraine with heavy weapons “similar” to the Howitzers that Germany and the Netherlands are sending to the country.

Sending such equipment will increase Italy’s support to Ukraine, however, in spite of Mr Rutte suggesting the news, Rome has yet to comment or confirm details.

Mr Rutte also commented on the importance of sending such weapons to Ukrainian defences.

He said: “It is incredibly important that Ukraine is getting supplied with sufficient heavy weapon systems.” 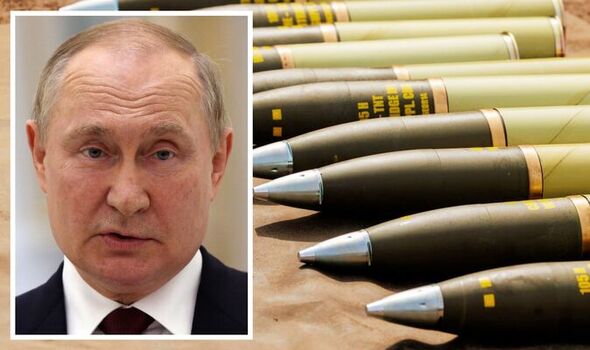 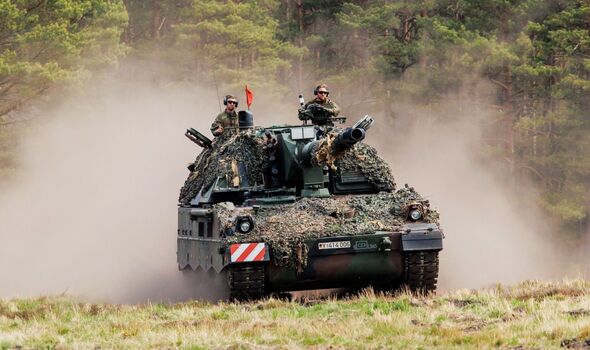 This came as Mr Rutte and other NATO members agreed the “big concern” was the current situation in eastern Ukraine.

The Dutch PM also mentioned both Germany and the Netherlands would up their contribution by sending six more Howitzers to Ukraine, on top of the 12 already sent to the war-torn country last week.

With Berlin and The Hague already having sent the powerful Panzerhaubitze 2000 of the gun, Mr Rutte said it has yet to be confirmed if Italy will send the German-made model, which it holds in its arsenal, to Ukraine.

Yet at the conference, Italian officials said they would be supplying “similar material”. 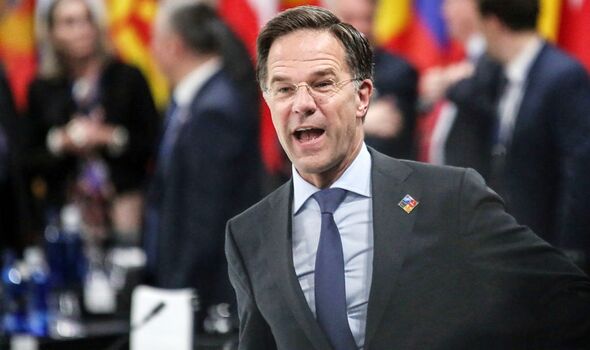 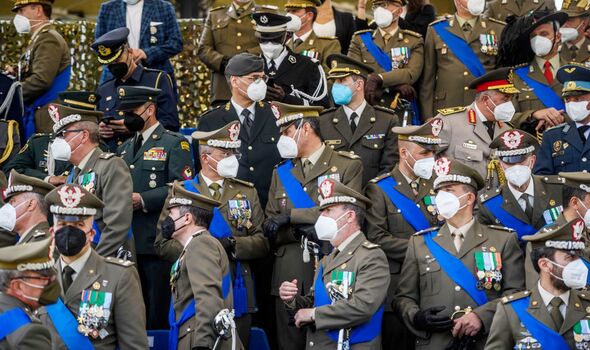 Mr Rutte’s remarks come as Rome has been facing growing pressure to step up its arms deliveries to Ukraine.

German Defence Minister Christine Lambrecht asked her Italian colleague Lorenzo Guerini in April whether Rome could participate in joint deliveries of artillery to Ukraine, but was rebuffed.

A spokesperson for the Italian defence ministry refused to comment on a potential delivery of Howitzers, saying: “In Italy, the list of material for Ukraine is classified.”

The Dutch premier also slammed other NATO allies for not sending enough heavy armoury to Ukraine, without specifying which countries he was referring to.

By far the largest supporter of Ukraine has been the United States with billions of dollars of material pledged and sent to Ukraine.

Included in the supplies have been heavy weapons such as Howitzers, Multi-Rocket Launch Systems and HIMARS. 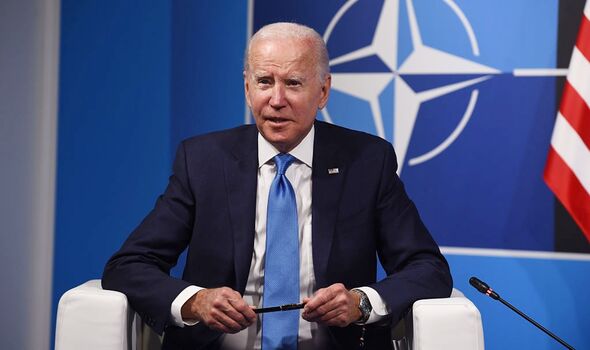 Britain has also contributed heavily to Ukraine, sending huge quantities of anti-tank equipment which has seen over 1,500 Russian tanks reduced to smoulders.

In addition to the agreement on beefing up defences in Europe, several key NATO members have considered boosting national defence budgets in response to the war in Ukraine.

Germany has pledged to become Europe’s largest defence spending nation, with France tipped to follow suit, both leap-frogging Britain should this materialise.

Furthermore, Britain’s Defence Secretary Ben Wallace has suggested the UK will need to increase its defence spending by the year 2024, with a further £10billion pencilled in.

However, the announcement of such a move in a leaked report resulted in Downing Street reacting angrily to the news as the Treasury has yet to agree to an increase in spending.

Don’t forget to leave your views in our comments section below. 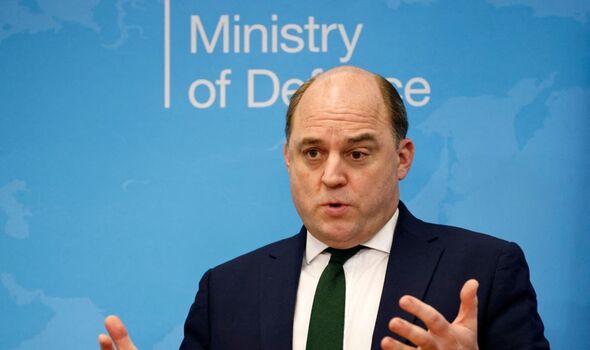 Britain’s defence budget has slowly fallen over the last three years, with NATO members expected to spend around two percent of their GDP on defence.

Figures predict Britain will match the figure in 2024, down from 2.3 percent this year.

In spite of the need to bolster defences due to Russian aggression, many NATO members are torn as budgets tighten due to the ongoing financial crisis, energy crisis and inflation rises caused in part by the Russian invasion of Ukraine, but also as nations recover from the financial depression caused by the Covid pandemic.