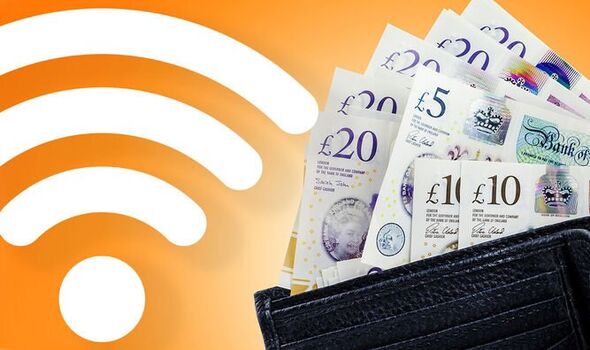 If you’ve not checked your broadband bill recently now could be a very good time to see exactly how much you are paying each month. Most Internet Service Providers (ISPs) offer short-term bargains to hook customers into their plans but once the initial period ends things can jump up by a significant amount. In fact, some users can be hit by rises of over £10 per month when their deals end, ouch! Luckily, if you’ve been hit by a large increase it could mean that your contract has finished and you are free to move to another provider and with some very decent deals around now is a very good time to make the switch.

A number of ISPs, including Virgin Media, TalkTalk, EE and Sky’s NOW have slashed prices in recent weeks and there are some mighty savings to be bagged.

Express.co.uk has been taking a look at all the latest offers and here are some of the best broadband bargains available right now.

Virgin Media has a number of deals available until the end of June including its entry-level 50Mbps broadband for just £20 – that’s one of the lowest ever prices.

There’s also 100Mbps for £24 per month with this service allowing users to download a full HD movie in around 5 minutes. As a quick comparison, BT’s standard 35Mbps speeds currently cost £28.99 which means those customers are paying much more for far slower downloads.

Along with these standard broadband deals, Virgin has also launched a limited-time offer which includes a free LG TV when customers sign up for some of its telly and broadband bundles. The 4K screen is worth over £450 and is available via the Ultimate Volt bundle and Bigger bundle + Movies.

Virgin Media is running an incredible money-saving deal which offers a free LG 4K TV – worth over £470 – when you sign up for three of its popular plans.

TalkTalk has just announced a money-saving sale event on its broadband plan with prices now starting from £23.50 a month. That’s for the basic 38Mbps speeds which are just about fast enough for homes that stream the odd show on Netflix, surf the web and send a few emails each day.

If that doesn’t sound fast enough, there’s also Fibre 65 which pushes things up to 67Mbps for £24.45 per month.

Finally, if you’re lucky enough to have full-fibre in your street then you can opt for TalkTalk’s Future Fibre 900 which brings 900Mbps speeds into your living room – that’s fast enough to download a full HD to a TV in under a minute. This premium service is now just £49 which is cheaper than both BT and Virgin plus TalkTalk is throwing in a £100 Reward Card as well.

Three is giving away three months of free access to its 5G broadband. Three’s home broadband usually costs £20 a month, with this deal offering customers a saving of £60 in total

If you’ve got a strong 5G signal in your street then Three Mobile offers a very tempting package. Right now you can sign up for the firm’s 5G router and get fast internet access for just £20 per month. Another bonus of Three’s mobile broadband is that there’s no annoying set-up with the company simply sending out its router and customers then plugging it in for instant access.

One final bonus of switching to Three is that the firm is offering a £60 prepaid MasterCard or Chromebook for those who join its service.

NOW is actually owned by Sky but right now it’s actually offering cheaper broadband than its bigger brother. A quick trip to its website and you’ll find prices starting from just £18 per month for basic 11Mbps speeds.

However, even its faster 60Mbps downloads are good value right now with NOW offering this bundle for just £20 per month – that £7 less than Sky.

Those who sign up can also get a 12-month TV Entertainment membership for £5.99 per month – that’s a saving of £4 off the usual price.

EE is running a half price sale on its broadband right now. You can get fibre broadband from as low as £12 a month, with EE mobile customers getting VIP access to the best discounts

EE has just launched a sale that’s offering customers half-priced broadband. This offer means those who sign up for EE’s internet access can get the first three months for as little as £12 per month.

SEE ALL THE EE DEALS HERE

Hyperoptic and Community Fibre might not be household names but these two ISPs are shaking up the market. Both offer ludicrously faster downloads at a very reasonable price.

For example, right now you can get blisteringly quick 500Mbps downloads for just £XX per month.

See the best deals below