Spotify has quietly begun testing a new ‘karaoke mode’ that lets users sing along to songs and then gives them a score based on their vocal skills.

Karaoke mode has not been officially announced by the company, but several users have shared screenshots of the new feature on social media.

It appears to build on the existing ‘Lyrics’ feature, which was released last year and allows Spotify users to track lyrics that scroll in real time as songs are playing.

Users who already have access to the new karaoke feature claim that a ‘Sing’ button with a microphone icon appears in the top right corner of the lyrics panel.

Pressing the button causes the original vocals to be muted, but the backing track to continue playing, so that users can show off their vocal skills.

Once the song is over, the user is given a percentage ‘accuracy score’, along with a motivational message such as ‘You’re on the road to become famous!’ 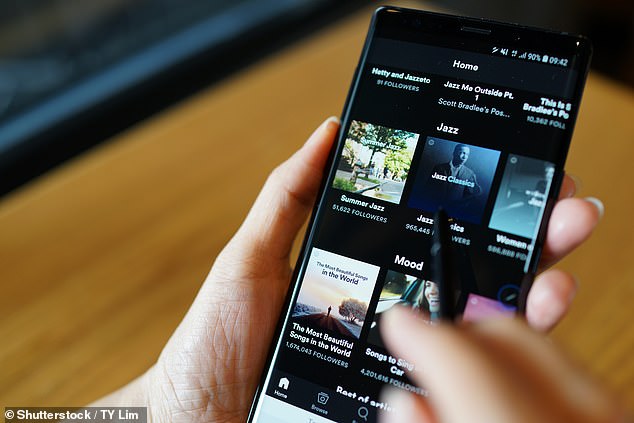 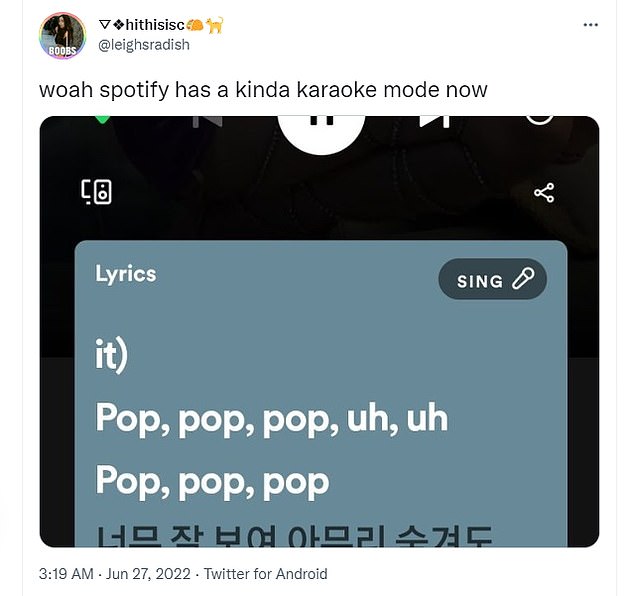 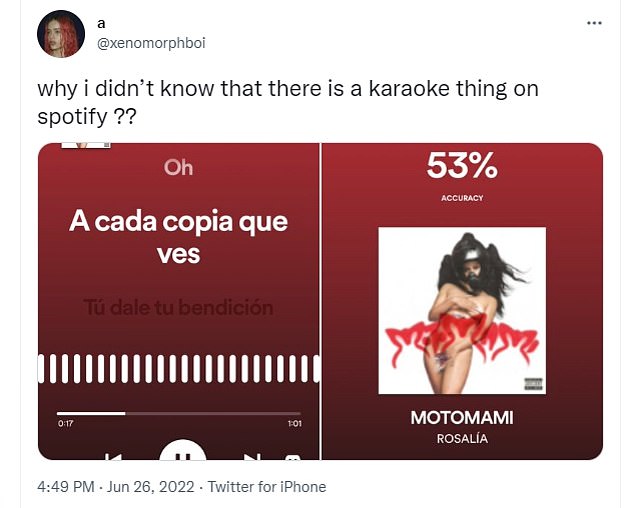 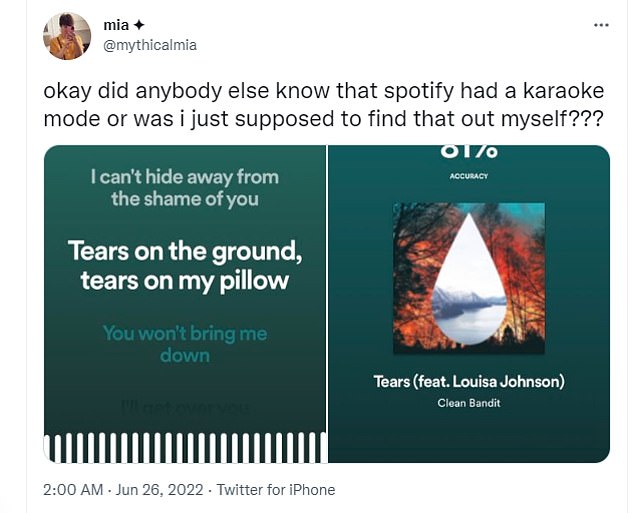 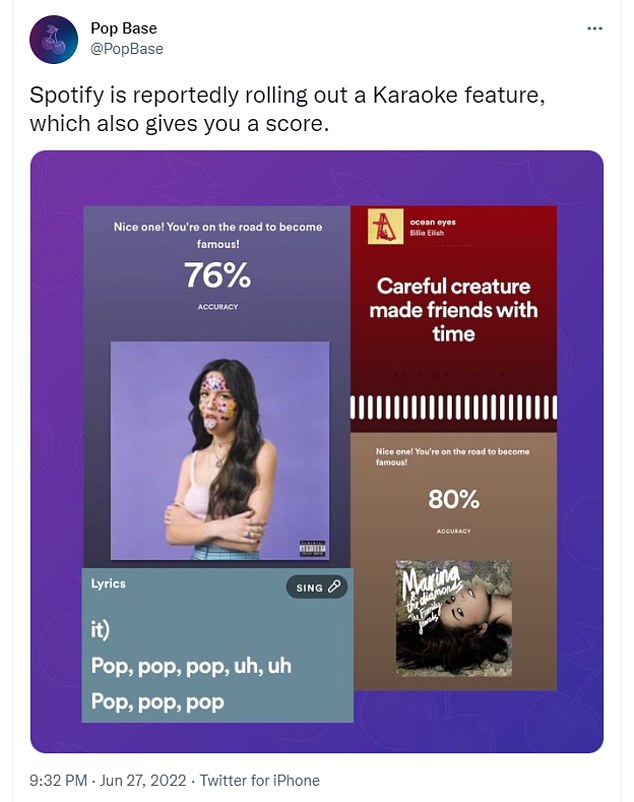 Once the song is over, the user is given a percentage ‘accuracy score’, along with a motivational message such as ‘You’re on the road to become famous!’

It is not clear how the feature works – causing some users to speculate that Spotify employees are listening to their singing attempts through their smartphone microphones.

The more likely explanation is that the company is using AI to match the user’s pitch with the song’s original score.

However, the company isn’t giving anything away.

When asked for more information by MailOnline, a spokesperson for the company simply said: ‘At Spotify, we routinely conduct a number of tests in an effort to improve our user experience.

‘Some of those end up paving the path for our broader user experience and others serve only as important learnings.

‘We have no further news to share on future plans at this time.’

How to get Karaoke mode on Spotify

There appears to be no way to get access to the feature, apart from waiting for an app update.

This has led to frustration among karaoke fans who are desperate to try out the new tool.

You can check if you already have access to the feature by selecting the song you want to listen to, then scroll down to find the lyrics.

If you are part of the trial, you will see a button labelled ‘Sing’ in the top right corner of the lyrics tab.

Once you’ve hit the button, a different style of lyrics screen will pop up showing the words line-by-line – just like a karaoke machine.

If the Sing button isn’t there, you could try checking for updates on the App Store or Google Play, but even if you download an update this does not guarantee you will get access.

Spotify has become the first streaming music service to join the metaverse, launching a new virtual island on the Roblox platform.

Increasingly younger people are spending more of their time in virtual worlds, such as Minecraft and Roblox, where they interact, rather than passively watch or listen.

Roblox is a platform, allowing developers to create games that act as individual worlds for the more than 44 million daily active users to join. However, it has come under fire for not doing enough to protect its younger users.

Almost half are under 13 and studies have shown there are worlds with parties featuring strippers and naked avatars having simulated sex.

They are also able to communicate through chat boxes, leaving children as young as nine exposed to inappropriate content, although the Spotify content is expected to be well moderated and controlled.

When users sign in to the island, available through the Roblox website or app, they will see a central mainland surrounded by a collection of islands – each with a theme.

There is also a ‘musical play box’ featuring a soundtrack that is powered by Spotify’s audio creation tool, Soundtrap, that can be played, paused and skipped by users.

The first theme island to launch will be K-town, dedicated to the world of K-Pop, coming online later this Spring and featuring a meetup with Stray Kids and SUNMI.