Solar panels take to the water as new farms flourish

Perovskites are compounds with a special crystal structure that have attracted significant attention for their potential to optimise solar energy harvesting technology. Solar cells made from perovskite have the potential to be more flexible and lighter than thin-film photovoltaics and more efficient than rigid silicon solar panels. In fact, researchers have already managed to achieve efficiencies that are comparable to those of silicon solar cells — and are now working towards practical applications.

The efficiency of solar cells can be improved by stacking two or more different cells on top of each other — if the different layers are especially efficient at absorbing light from different parts of the electromagnetic spectrum, losses can be reduced compared with single layers.

In this way, the overall efficiency of the solar panel — a measure of how much of the light falling on the cell is converted into electricity — is increased.

Because of their versatility, perovskites make outstanding components within such tandem solar cells.

In fact, tandem perovskite and silicon solar cells have achieved record-breaking efficiencies of more than 29 percent — compared to just 25.7 and 26.7 percent for individual cells made of just perovskite or silicon, respectively. 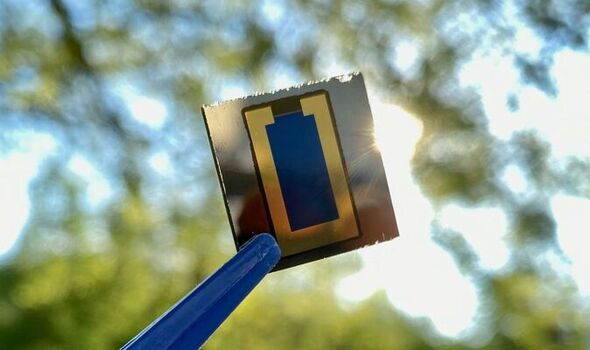 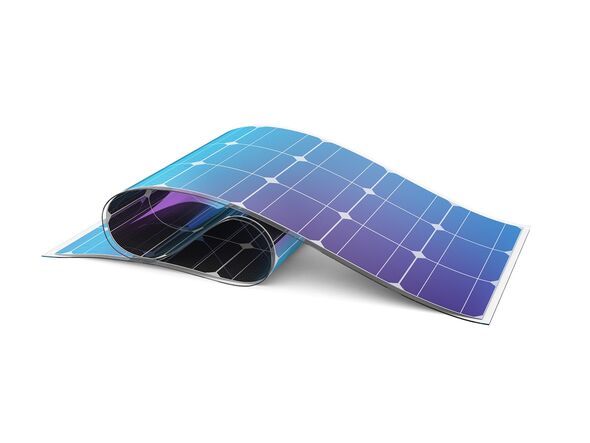 These will enable the manufacture of light and flexible tandem solar cells that can be installed not only on roofs of buildings but on vehicles and portable equipment.

It may even be possible to create solar panels that can be rolled up for storage and unfurled when needed — such as, for example, in blinds or awning that can produce electricity at the same time that they provide shade.

In their study, photonics experts Dr Marco Ruiz-Preciado and Professor Ulrich Paetzold of the Karlsruhe Institute of Technology and his colleagues have succeeded in producing perovskite/CIS tandem solar cells with a maximum theoretical efficiency of 24.9 percent (and 23.5 percent certified). 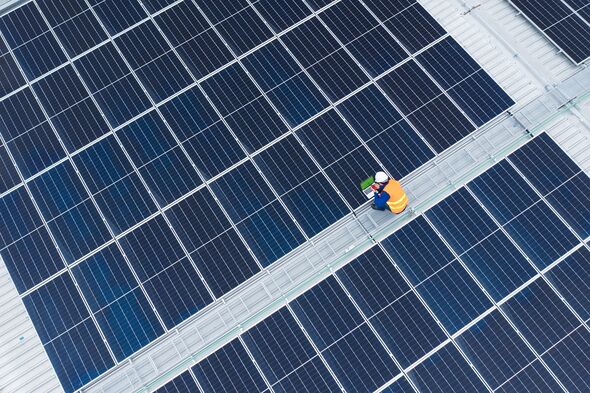 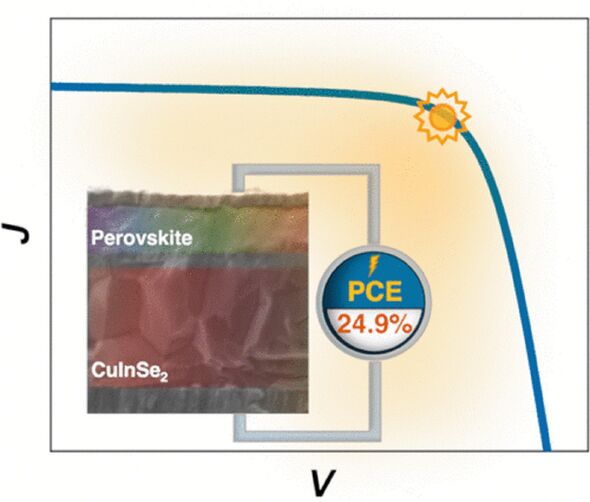 Dr Ruiz-Preciado said: “This is the highest reported efficiency for this technology and the first high efficiency level reached at all with a nearly gallium-free copper-indium diselenide solar cell in a tandem.”

Lowering the amount of gallium in the cell results in a narrow “band gap” of around 1 electron volt that is very close to the ideal of 0.96 for a lower solar cell in tandem.

The band gap is the name given to the part of the spectrum that a solar cell can absorb in order to generate electricity.

In a tandem solar cell, to achieve maximum efficiency, the band gaps need to be tuned such that the two layers produce similar currents. If the lower cell’s band gap changes, the upper cell’s gap has to be adjusted accordingly, and vice versa.

Normally, band gap adjustments are made by using perovskites with a high bromide content — but this can lead to voltage jobs and phase instability.

However, because the researchers used CIS solar cells with a narrow band gap at the base of the tandem cells, they were able to produce the upper layers using perovskites with a low bromine content, making the cells more stable and efficient. 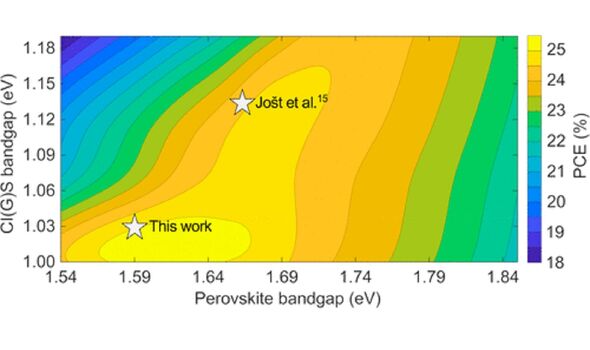 Alongside this, he added, it “establishes the foundation for future development to make further improvements in their efficiency.

“We’ve reached this milestone thanks to the outstanding cooperation in the EU’s PERCISTAND project and, in particular, thanks to our close cooperation with the Netherlands Organisation for Applied Scientific Research.

Additional groundwork was achieved, the team added, as part of the German-funding CAPITANO project.

The full findings of the study were published in the journal ACS Energy Letters.