Iter explain how the nuclear fusion project will begin its assembly

Animator Hashem Al-Ghaili on YouTube shared a concept design for the flying “hotel of the future”, which could be able to carry 5,000 guests on a non-stop flight that could carry on for years without landing. The ambitious design would be piloted by artificial intelligence would require 20 engines powered by nuclear fusion to fly around the world without ever needing to land.

Based on the designs shown in the video, this nuclear-powered plane would have its own disc-shaped observation tower, which would allow passengers to see unprecedented views from above the clouds.

The hotel would stay airborne, as conventional airplanes ferry passengers to and from the Sky Cruise, as they land on top of the floating hotel.

The video, which used designs by Tony Holmsten claimed that the gigantic aircraft would have no carbon footprint, with 20 electric engines “providing clean, nuclear energy”.

They said: “Thanks to nuclear energy, the hotel never runs out of fuel and can remain suspended in the air for several years without ever touching the ground.” 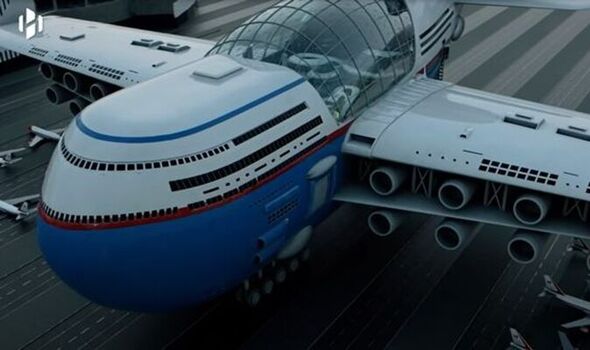 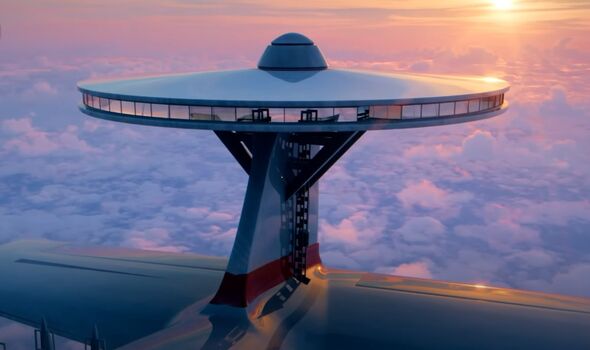 In the video, they said that this futuristic cruise would give passengers the “ultimate travel experience” as the gigantic vehicle could house movie theatres, playgrounds, shopping malls and conference rooms for work.

The designers also made the bold claim that the Sky Cruise would use AI to prevent any turbulence from disrupting the flight, using “anti-vibration technology”.

They said: “With Sky Cruise, you do not need to worry about air turbulence.

“If any air turbulence is detected, the system automatically prevents any vibrations from happening.

“It creates anti-vibrations that work like noise-cancelling technology, allowing the sky cruise to glide over the vibrations with ease.”

Even, the “nuclear fusion” energy that the designers praised, is still decades away from being developed commercially, with some estimates putting the technology about 20-30 years away.

Fusion is tipped as the “holy grail” energy source as it opens up the possibility of creating limitless power by harnessing the same power created by our Sun.

Many users have ridiculed the concept, one commenting on Youtube: “If physics and aerodynamics didn’t exist, then this vessel might actually be able to take off.” 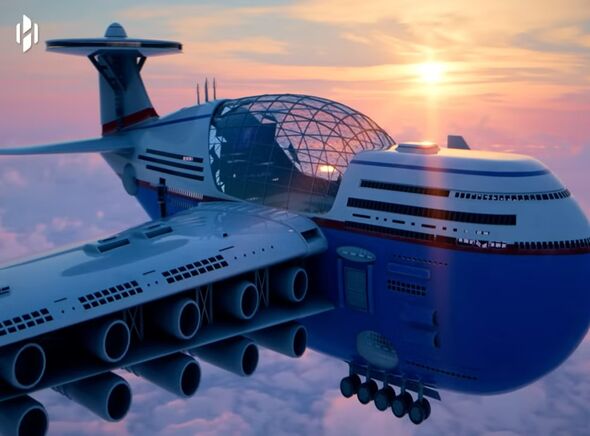 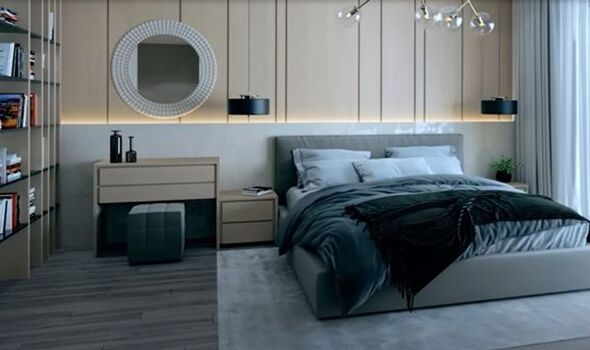 Another person wrote: “I can’t even imagine the amount of maintenence something this massive would need. And how many pilots would you need to fly that thing??”

Meanwhile, on Twitter, one person joked: “What if we combined the Titanic with the Hindenburg?”

One nervous passenger said: “Great idea putting a nuclear reactor in something that could malfunction and fall out of the sky.”

While someone else commented: “I’m sure I would be able to afford a ticket for the lowest deck with no leg space and no access to the lounge”.