The news comes as tension in the South China Sea and Indo-Pacific remains on high alert following the announcement of the AUKUS deal, which some experts believe was launched to deter China’s presence in the region. Furthermore, tough rhetoric has been emanating from Beijing over the future of Taiwan following a high-profile meeting by defence ministers in Singapore, including officials from China and the US.

The launch of the Fugian from the Jiangnan Shipyard sees the vessel become the most advanced type in the Chinese navy fleet.

In a video showing the huge ship, fanfare and spectacle accompany the occasion with all the pomp and circumstance expected around such a show of force.

The vessel is the first domestically produced aircraft carrier to feature the catapult launch system familiar on many similar US models.

Its electromagnetic catapult-assisted launch system is a major upgrade from the less advanced ski jump-style system used on the Liaoning and the Shandong, its two predecessors, according to the Center for Strategic and International Studies (CSIS). 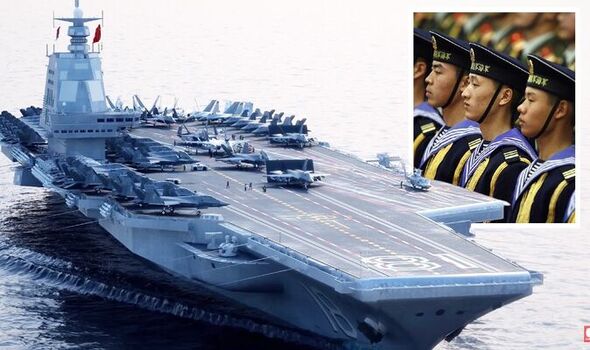 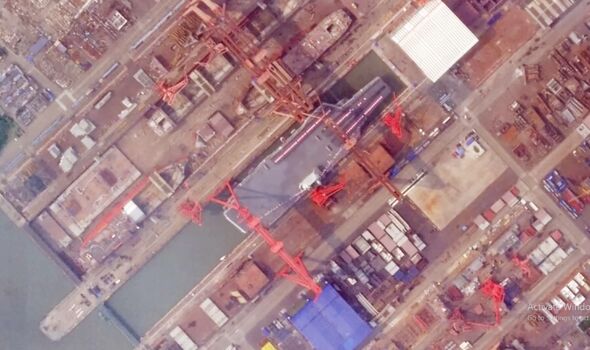 China becomes the world’s fourth-largest operator of aircraft carriers behind the US, France and Japan respectively.

The Fugian also comes with a formidable array of weaponry and systems built into the ship.

The vessel is very similar to US equivalents, most notably the USS Gerald R Ford.

Although it is not known exactly how many aircraft the Fugian can carry, there are reports China is developing a carrier version of its FC-31 stealth fighter.

By comparison, the new US carriers can carry more than 75 aircraft which includes dozens of F-35C Lightning and F/A-18 Super Hornets. 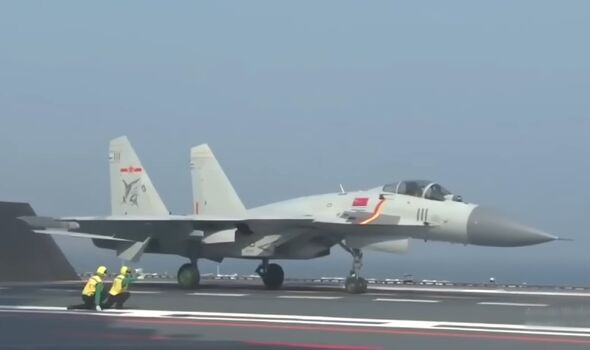 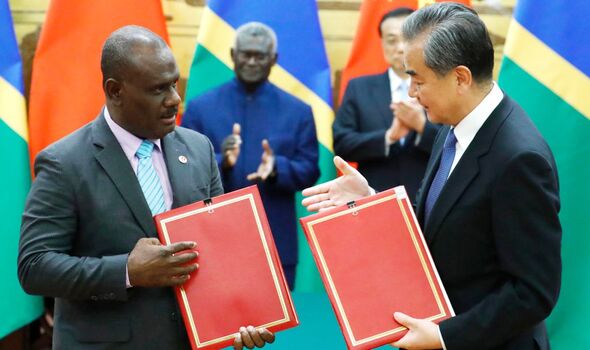 Speaking of the launch, Matthew Funaiole, a senior fellow at the CSIS’s China Project said: “This is a pretty significant step forward.

“They’ve really committed to building out a carrier program, and they continue to push the boundaries of what they’re able to do.”

In a warning to Taiwan, the ship has been named after the province of Fugian, which is notably the closest Chinese province to the breakaway island.

Furthermore, in light of the AUKUS deal – which has never specifically mentioned China in its plans – Beijing has vowed to step up its presence across the South China Sea and the Indo-Pacific.

In a recent show of force, China edged closer to Australian territory in a deal signed with the Solomon Islands, with some experts suggesting Beijing is using the deal to build naval bases on the island in a “piece by piece” process. 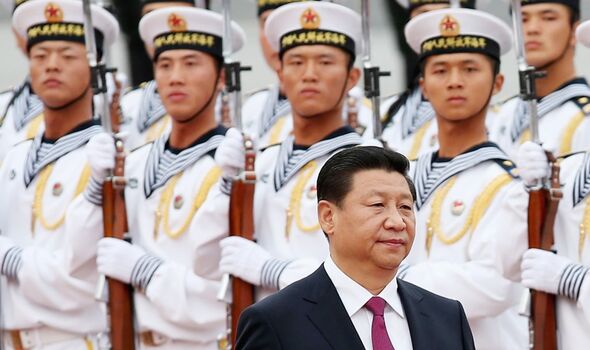 “In order to maintain air superiority and control of the sea in a strategic region, three aircraft carriers are needed.

“One will be put on combat alert, one on training missions, and the other will be put under maintenance.”

Senior Captain Liu Wensheng, the spokesperson of the PLA Navy, said on Friday: “The Navy will choose the deployment location of the Fujian based on the need to safeguard national sovereignty, security and development interests, as well as the characteristics of carrier operations and logistics support conditions of the port.” 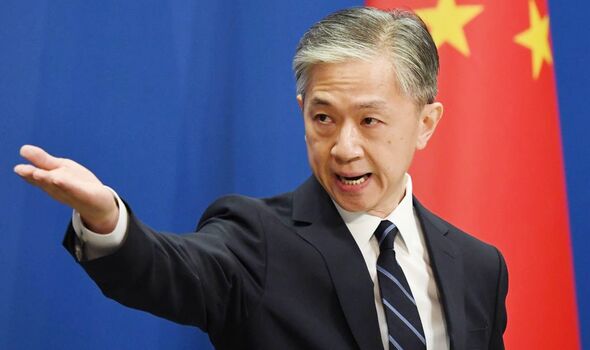 In an equal display of force, the US Navy reportedly sent a warship to the South China Sea on Saturday, only one day after a US spy plane flew over the Taiwan Straits under the close monitoring of the Chinese People’s Liberation Army.

According to Chinese sources, the USS Benfold entered the South China Sea through the Verde Island Passage in the Philippines.

Recent US military activities in the region attracted attention from the media, particularly because Chinese Foreign Ministry spokesperson Wang Wenbin made clear earlier this month that there is no such thing as “international waters” on the United Nations Convention on the Law of the Sea, and that China has sovereignty, sovereign rights and jurisdiction over the Taiwan Straits.