USS Samuel B. Roberts: Explorers find 'Sammy B' in Pacific

The vessel — the US Navy destroyer escort USS Samuel B. Roberts — was located off of the coast of Samar Island, in the Philippine Sea, on Wednesday. The Roberts, also affectionately dubbed the “Sammy B”, was rediscovered by Texas billionaire and retired naval officer Victor Vescovo and his firm Caladan Oceanic. An avid undersea explorer, Mr Vescovo is no stranger to the deep ocean, having visited the deepest points of Earth’s oceans during his “Five Deeps Expedition” of 2018–19.

On Twitter, Mr Vescovo shared a video — filmed from his deep-diving submersible — showing the wreck of the Roberts on the seafloor.

He wrote: “It appears her bow hit the seafloor with some force, causing some buckling.

“Her stern also separated about five metres on impact, but the whole wreck was together.

“This small ship took on the finest of the Japanese Navy, fighting them to the end.” 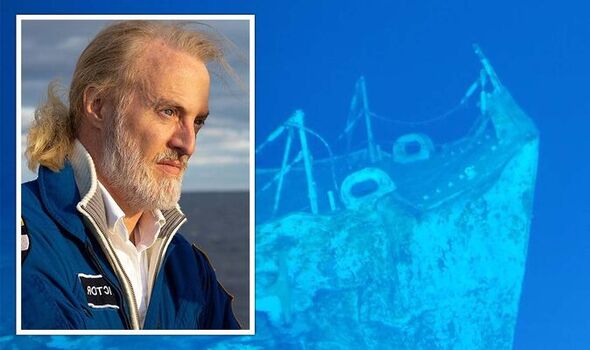 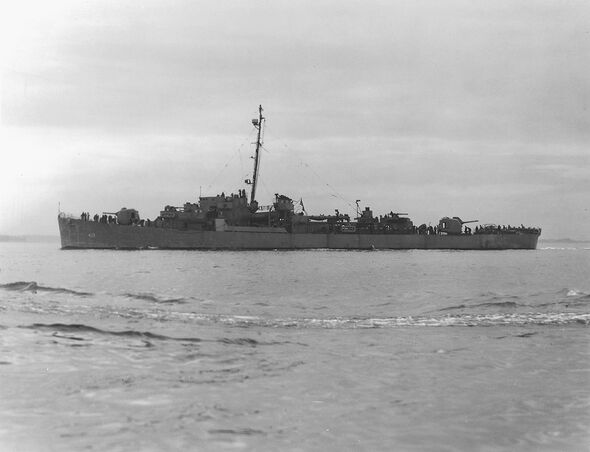 The Roberts was among the relatively light flotilla of destroyers, destroyer escorts and escort carriers inadvertently left to face down a 23-ship fleet of heavily armed Japanese battleships, cruisers and destroyers at the Battle of Samar, during World War 2, on October 25, 1944.

This engagement — described by historians as one of the greatest last stands in naval history — was part of the Battle of Leyte Gulf and saw the unprepared US forces prevail over the formidable armada of the Imperial Japanese Navy’s Center Force.

However, she was fatally shelled by the battleship Kongō, resulting in a 40 feet long by 10 feet wide hole being torn into the port side of her aft engine room. 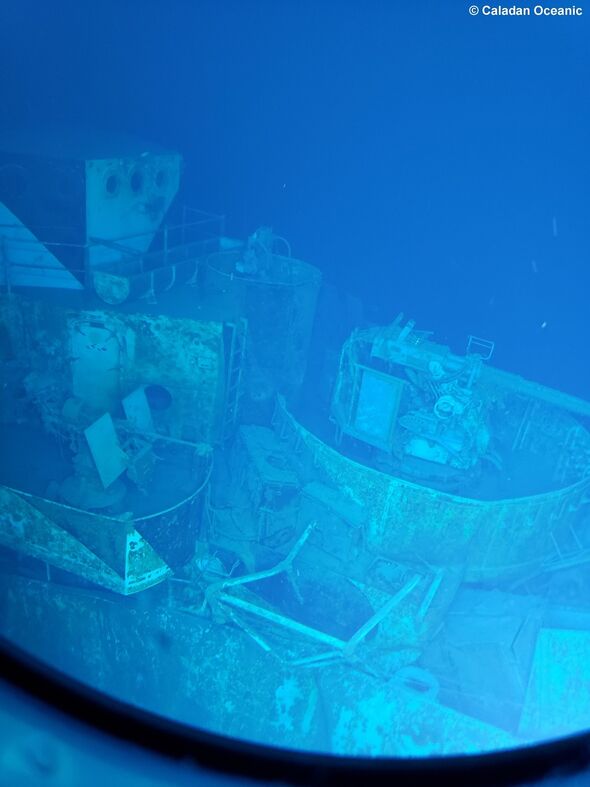 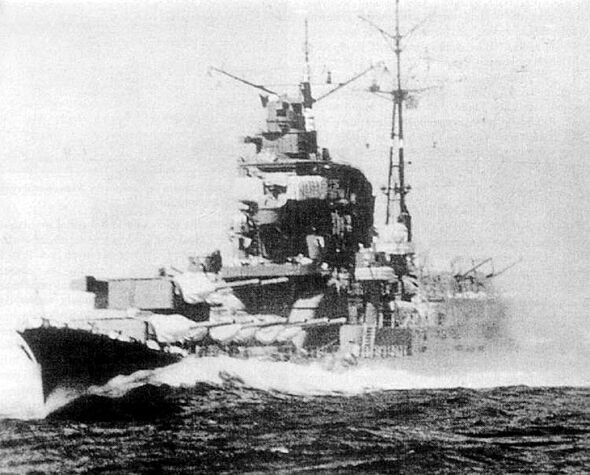 According to Mr Vescovo, it took six dives to locate the wreck of the Roberts.

The team’s first sight of the vessel, he explained, came in the form of debris — part of a triple 21-inch torpedo launcher that was unique to the lost destroyer escort.

Mr Vescovo told CNN: “The Sammy B is a small vessel as military ships go, and we weren’t really sure that we could find her in the vast and extremely deep ocean where she went down.

“But with perseverance, some great historical analysis, and a whole lot of deep ocean technology and hard work, we were able to find her and provide a great opportunity to tell her amazing story.” 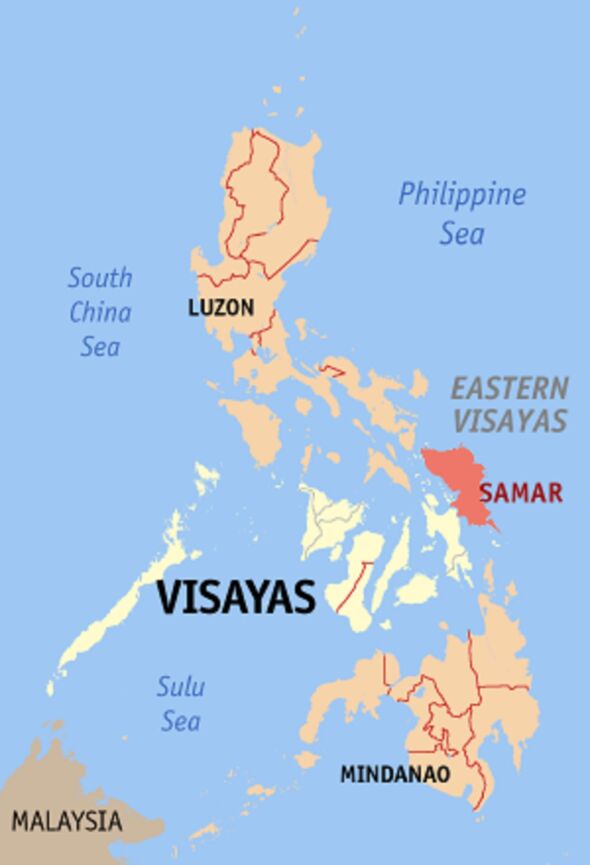 The Roberts was the first of three ships to be named in honour of US Navy coxswain Samuel Booker Roberts Jr. of San Francisco, who fought in World War 2 from 1940–1942.

On September 27, 1942, Mr Roberts volunteered for a rescue mission on the island of Guadalcanal to save a company-sized unit of marines that had been surrounded by a larger Japanese force.

To distract enemy fire from the landing craft collecting the marines, the coxswain sailed his boat directly in front of the Japanese lines.

While the manoeuvre proved effective — with all the marines successfully evacuated — Mr Roberts was wounded retreating from the enemy’s firing range and died the next day.

Mr Roberts was awarded the Navy Cross for his valour in the face of enemy fire.