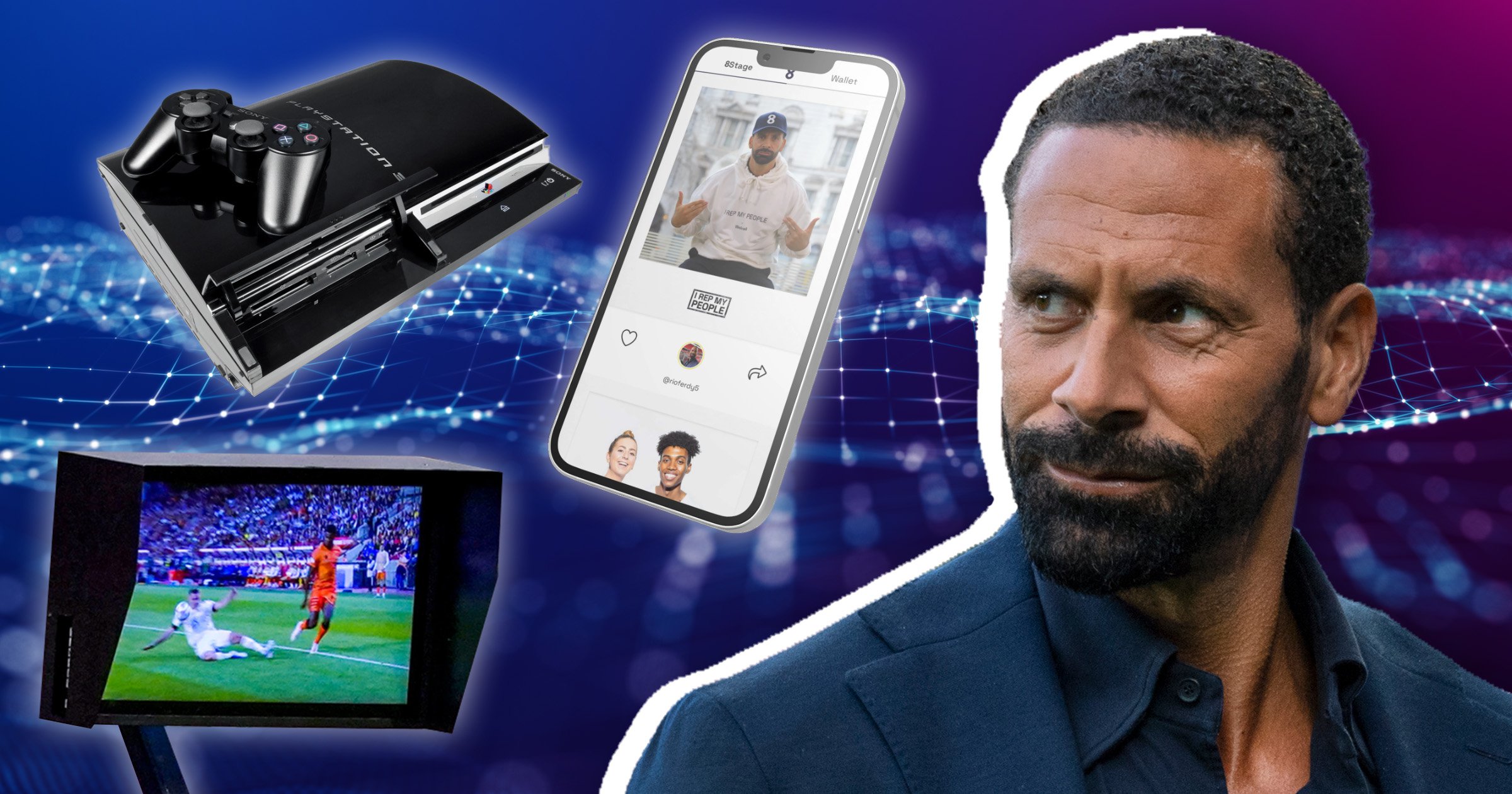 The ex-England professional footballer and pundit gives his tech choices, from the games he played on football away trips to parenting gadgets. Rio also talks about his involvement in the app WeAre8.

What kind of tech did you have to pass the time on football away trips?

Someone used to have to bring a console and we’d play a lot of computer games. I think the lads nowadays all play in their rooms on their own, whereas we all used to pull up in one room and play a game called Socom – it was a little bit like Call Of Duty. Obviously, Fifa was another game that we’d play.

Who was the techiest player you shared a dressing room with?

I think Darren Fletcher was quite tech-savvy. Or Wes Brown, maybe.  I went into Wes’s hotel room once and he was watching a movie on the TV, a DVD on a portable DVD player and had a laptop set up  with a game of roulette on it. It was nuts. I don’t know how he was concentrating on any of it.

How much tech was involved in football when you were playing?

We’d be in the gym after and it’d come up on the big screen showing you your high-intensity runs, how much ground you’d covered, et cetera.

I don’t use any tech to stay in shape now. I was on MyFitnessPal but I understand dietary stuff now so I don’t use that any more. I don’t weigh my toast and mad stuff like that.

Have you ever had any tech disasters live on BT Sport?

Yeah, but we’re so professional you’d never know! I think it was at half-time in the Liverpool v Spurs game.

We couldn’t use the touch screen because it wasn’t functioning but being able to think on your feet and use other means to be able to get your point across is part of the job. Using tech is a great advantage over people who did it 15 or 20 years ago.

Now we’ve had VAR in football for a few years, what’s your assessment?

Sometimes it’s OK but it’s meant to help situations and actually it’s muddying the waters. In the international tournaments they go and look at the screen immediately and the efficiency and speed seem better than it has been in the Premier League.

I prefer the referee in the middle making the decisions with the help of his linesmen. It adds to the story and the pub conversations.

You’re involved with a new app called WeAre8. What’s that all about?

It’s a social media platform that has no hate or toxic behaviour on it. All the others are built on conspiracy theories and negative speech, which causes the hysteria that drives more ad money to these companies.

WeAre8 flips that script by putting money back into people’s pockets for watching two minutes of ads a day. When you’re a player, social media can really affect your mental health.

If that can happen to somebody in the public eye who’s supported by thousands, if not millions, of people, just imagine what it does for that one individual sitting in their bedroom alone with no support.

You’ve got four children, including an 18-month-old. Are there any parenting gadgets that you swear by?

The best one is the Nanit camera. You can see him all the time, hear everything, you can rewind back to different times, control the temperature and the noises in there.

You’ve got an app on your phone so you can talk to the baby through it. It’s unreal. I love it.

Do you have any tech memories from when you were a child?

I remember checking the football scores or booking a holiday once a year on Teletext. It used to take you half a day because you had to wait for it to come back round if it had, like, 20 pages.

This article contains affiliate links. We may earn a small commission on purchases made through one of these links but this never influences our experts’ opinions. Products are tested and reviewed independently of commercial initiatives.

Get in touch by emailing MetroLifestyleTeam@Metro.co.uk.