Talks between Iran and the so-called P5+1 in Vienna over negotiations to allow the United States to return to the deal have so far failed following former President Donald Trump’s withdrawal of Washington. With Joe Biden now in the White House, the US is seeking to re-join the deal known as the Joint Comprehensive Plan of Action or JCPOA.

However, Tel-Aviv has been accused of attempting to derail the talks, including claims of aggressive lobbying in the US, as well as allegations Iran has secret nuclear facilities in operation.

Complaining to Josep Borrell, Israeli Foreign Minister and soon-to-be Prime Minister, Yair Lapid, lashed out at a recent visit by Mr Borrell to Tehran in an attempt to rekindle talks.

Israel has long opposed Iran’s nuclear programme, with Tehran, a signatory member of the Non-Proliferation Treaty (NPT), repeatedly stating the programme is solely for peaceful civilian purposes only.

Meanwhile, Tel Aviv has been accused by Tehran of a string of assassinations of nuclear scientists in Iran, as well as a series of sabotages of nuclear facilities. 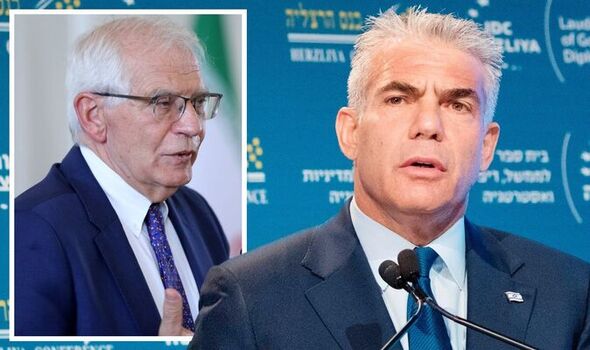 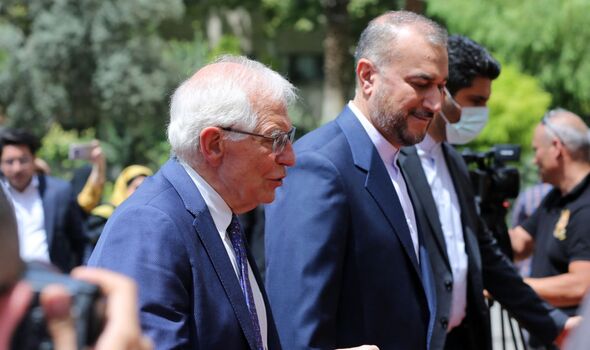 Prior to his visit to Tehran, Mr Borrell had been in contact with Mr Lapid informing him of his intentions to negotiate a restart to the talks.

However, Israel has accused Mr Borrell of disregarding recent accusations that Iran had been plotting to kill Israeli civilians in Turkey.

EU officials, however, said Mr Borrell reached out to Mr Lapid precisely to consult on all of these points – and in his public remarks after the meetings in Tehran, Mr Borrell noted that he had raised them with the Iranians.

One diplomat familiar with the situation said: “Borrell sent a message to Yair Lapid before the trip to Tehran in which he described his attempt to bring Iran back to the nuclear agreement negotiations and to remove the last obstacle.

“In response to the message, Lapid replied to Borrell that his position was very disappointing, especially after the removal of the cameras and the condemnation [by the] IAEA [International Atomic Energy Agency] board.” 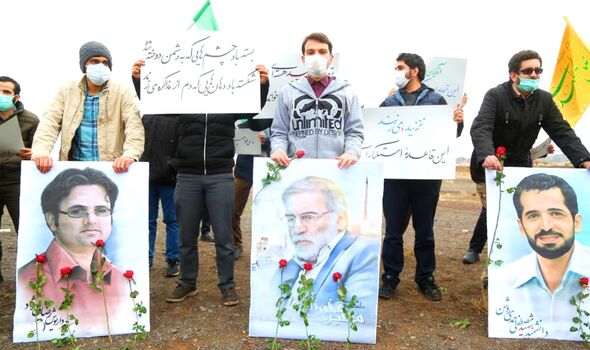 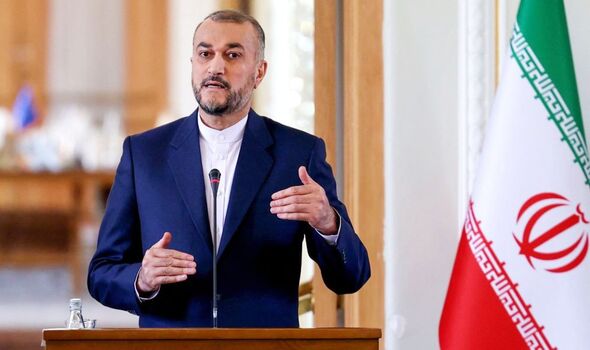 Mr Lapid told Mr Borrell: “This is a strategic mistake that sends the wrong message to Iran.

“Talking about the great potential in the Iranian context, while Iran is trying to murder Israeli citizens throughout the world and especially in Turkey, indicates a worrying lack of care for the lives of Israeli citizens.”

A spokesperson for Mr Borrell declined to comment on the exchange of messages, noting a long-standing policy of refusing to discuss leaked diplomatic communications.

Iran has said it is serious about reviving the nuclear talks with Foreign Minister Hossein Amir-Abdollahian confirming the news in a joint statement with Mr Borrell during talks in Tehran.

Mr Amir-Abdollahian said: “We are ready to resume the Vienna talks within the next days.”

The top Iranian diplomat expressed hope that the US would “this time” pursue a “realistic and fair approach” and act responsibly.

DON’T MISS:
Ukraine poised to turn tide on Russia with new ‘advanced’ missiles [REVEAL]
1 in 7 women in armed forces subjected to sexual harassment [EXCLUSIVE]
Commonwealth Games: MI5 and police must be ‘on top of their game’ [OPINION] 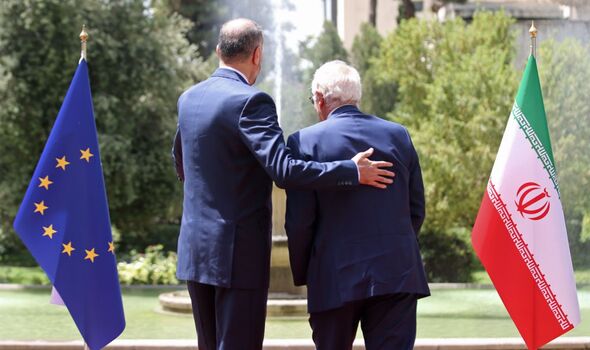 Mr Borrell, for his part, said talks on reviving the JCPOA will resume soon in the coming days.

He said: “We are expected to resume talks in the coming days and break the impasse.

“It has been three months and we need to accelerate the work.

“I am very happy about the decision that has been made in Tehran and Washington.”

He said that the talks will resume “quickly” and “immediately” in an effort to “solve the last outstanding issues.” 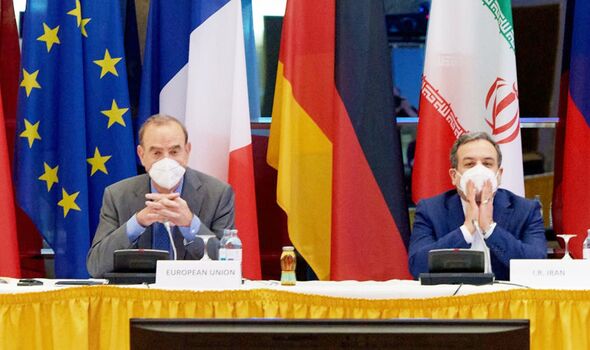 Iranian officials do not directly negotiate with Americans as the US unilaterally withdrew from the deal in 2018 and re-imposed sanctions against Iran.

During the talks in Vienna, which have been on hold since mid-March, US negotiators communicated with Iranians through European intermediaries.

Iran has demanded all US-imposed sanctions be lifted against Iran prior to Washington returning to the table.