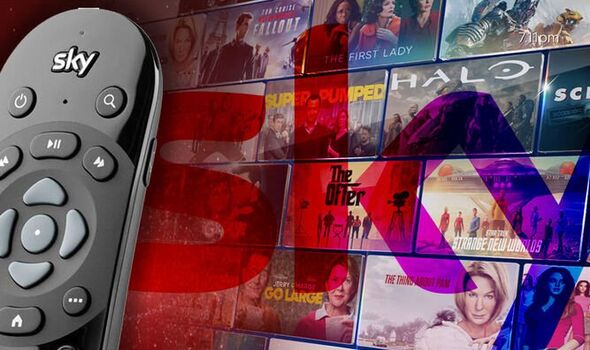 It’s been a blockbuster week for Sky Q and Sky Glass customers with the satellite TV firm announcing a swathe of changes including the launch of Parmount+. This new streaming service is now available right from the home screen and offers users the chance to watch blockbuster movies such as Mission Impossible and exclusive TV shows including Yellowjackets, which was an exclusive for Showtime in the United States.

Want to access Sky’s unrivalled selection of exclusive live channels, on-demand boxsets, sports, movies, and a Netflix subscription …but don’t fancy a satellite dish on the outside of your home? Sky Glass is a custom-designed 4K QLED TV with everything to stream a Sky Q-like experience tucked inside. It also packs a Dolby Atmos soundbar in this all-in-one package.

Parmount+ usually costs £6.99 (you can also sign up for a free trial here) but Sky has announced that anyone with Sky Cinema can tune in at no extra cost. That’s a huge bonus especially as Paramount+ has promised to expand its library over the coming months with this platform boasting that it will be showing the new Top Gun: Maverick movie before anyone else.

Speaking about the upgrade Zai Bennett, Managing Director, Content Sky UK and Ireland, said: “Paramount is synonymous with Hollywood – which is why adding Paramount+ to the Sky Cinema package is not only the perfect pairing, but it will offer great added value for our customers who will be able to access a vast catalogue of premium content at no extra cost.”

Along with Paramount+, there’s more good news for Sky users with the company revealing a reboot to its Syfy service which will be re-branded to Sky Sci-Fi from next month.

At launch, Sky Sci-Fi will offer a selection of Premiere TV movie titles such as Bullet Train Down, Thor: God of Thunder and Bram Stoker’s Dracula. The channel has also acquired Stephen King’s sought-after mini-series: IT and Salem’s Lot.

Sky says that the re-brand will make it easier for people to find exactly what they want, with fan favourites, a multitude of on demand content, as well as a burst of exciting new shows for sci-fi fanatics.

So that’s the good news but sadly there is one change that won’t go down so well with some Sky users.

NOW’s social media team confirmed the closer, saying “You have until 28 June to view any National Geographic content on NOW.”

It’s unclear why National Geographic is being removed but it may have something to do with Disney+ wanting to attract more users to its subscription service.

Disney owns a huge share of National Geographic and it makes sense for the company to have some exclusivity on who can watch programmes via the channel.