Russia: NATO must 'fight back as hard as possible' says expert

Both Finland and Sweden have applied to join the military alliance following the Russian invasion of Ukraine, with the Nordic states sharing close proximity to Russia’s northwest border. However, Ankara has opposed the membership of the two states, with delays likely to see the pair finally join in September.

Turkey’s opposition to the pair joining stems from the notion that Stockholm and Oslo are housing terrorist groups identified by Ankara.

The groups are Kurdish militants that Turkey considers a threat to its national security.

NATO Secretary-General Jens Stoltenberg has acknowledged the claim by Turkey, saying the country has “legitimate concerns”.

Speaking at a joint news conference with Finnish President Sauli Niinisto, Mr Stoltenberg said: “No other NATO ally has suffered more terrorist attacks than Turkey”, pointing to the close proximity to Iraq and Syria.

He continued: “These are legitimate concerns.

“This is about terrorism, it’s about weapons exports.

“We have to address the security concerns of all allies, including Turkish concerns about the terrorist group PKK.” 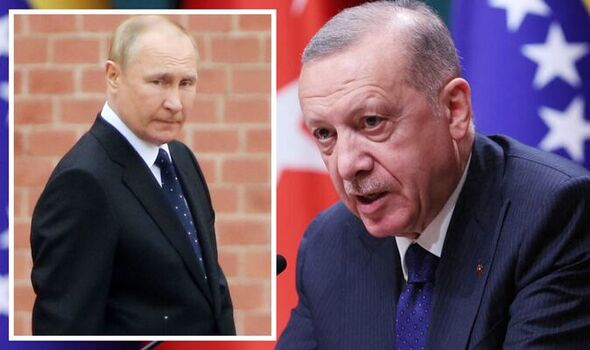 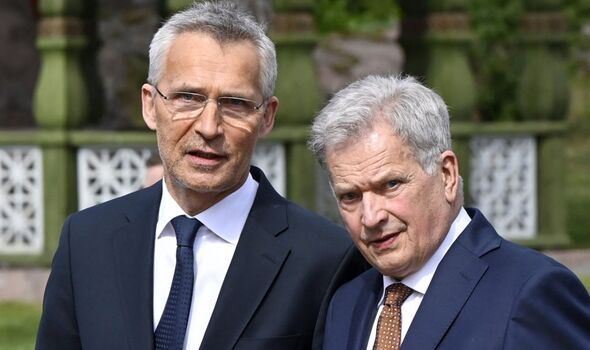 It comes as Finland warned Russia it would be willing to defend itself and fight should it decide to try and invade.

The Defence Minister of Finland, General Timo Kivinen said: “Ukraine has been a tough bite to chew for Russia and so would be Finland.

“We have systematically developed our military defence precisely for this type of warfare that is being waged in Ukraine, with a massive use of firepower, armoured forces and also air forces.”

However, NATO would be unable to intervene at this point as Finland has yet to become a full member, making the notion of an Article 5 collective defence response impossible due to Turkey’s intervention in immediate membership. 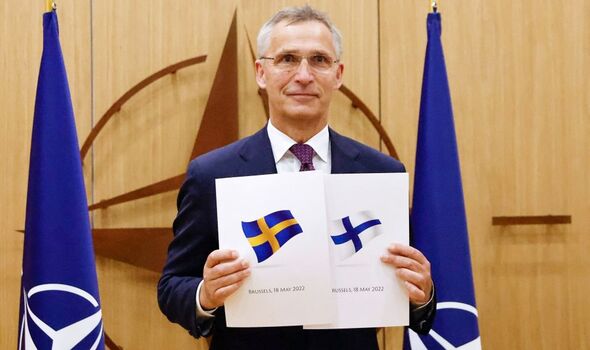 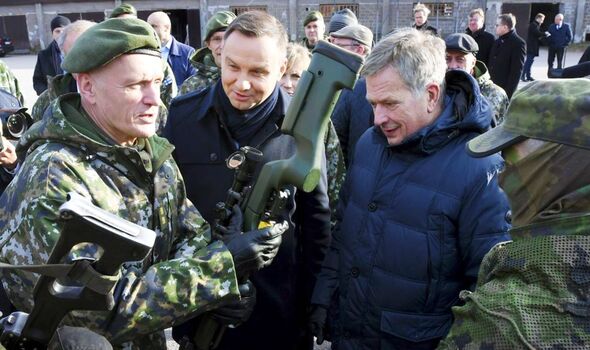 Russia has delivered mixed opinions about the two Nordic states joining the alliance.

Vladimir Putin said: “As for the expansion of NATO, including through new members of the alliance — Finland, Sweden — Russia wants to inform you that it has no problems with these states.

“Therefore, in this sense, expansion on account of these countries does not pose a direct threat to Russia.” 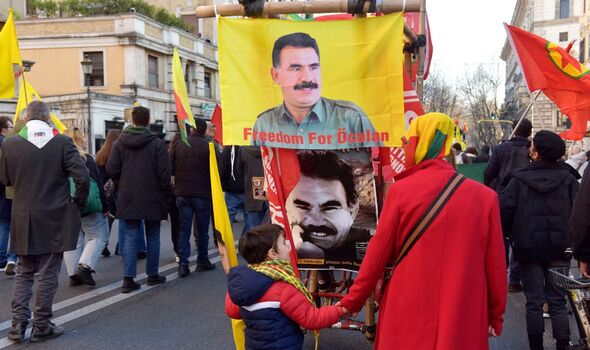 However, the message also came with a warning to NATO.

Putin warned there would be consequences if the military alliance moved weapons into the territory of the two countries.

He said: “The expansion of military infrastructure on this territory will undoubtedly cause us to respond.

However, former President Dmitri Medvedev took a stronger line of rhetoric at the idea of Sweden and Finland joining NATO.

Mr Medvedev said all its forces in the region would be bolstered if the two Nordic countries joined the US-led alliance.

His threat is the latest of many instances of nuclear sabre-rattling from the Kremlin aimed at deterring Western military intervention on behalf of Ukraine. 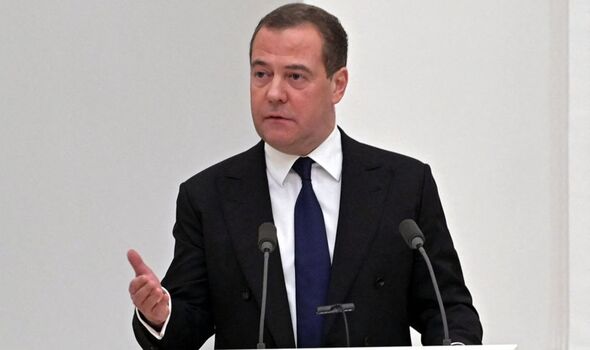 The Kremlin has drawn a red line around Ukraine joining the bloc.

In spite of Ukraine’s desire to join the alliance, current evidence shows Kyiv would not qualify as it is unable to secure its borders from foreign invasion, as demonstrated by the Russian assault on the country.

With the collective defence clause being a major attraction to joining the bloc, strict rules and criteria are in place to avoid members joining that are easily susceptible to invasion and conflict, hence avoiding a wider scale conflict via Article 5.