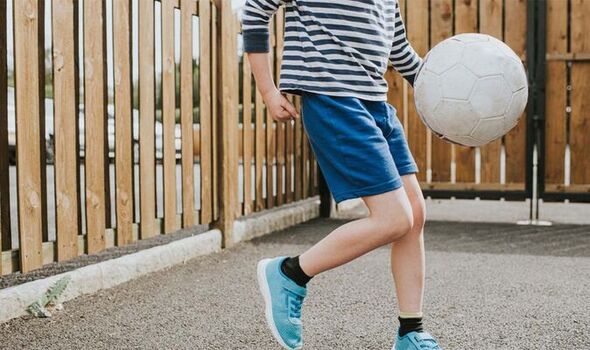 She took to Mumsnet to ask others if she thought the messages from her neighbour which said they “don’t want to hear it” were unreasonable.

According to the Mirror, the mum wrote: “My neighbours have sent me a couple of very unpleasant text messages telling me to stop my boys playing football in our garden as they don’t want to hear it.

“I don’t know what to do. I’m feeling really anxious to be honest. They’ve never raised it as a concern before the messages, and the tone was intimidating.

“I replied to the first one suggesting we reach an agreement where we can all enjoy our gardens, and this was responded to by them telling, not asking, me to send them to the park down the road. Those were their words, telling not asking. They’re in their early 50s.

“Boys are 11 and 15. We have a decent-sized garden. I’m a single parent so feel I’m an easy target. Do I have any options other than moving house?!”

The post provoked a fierce debate, with some agreeing and telling the mum to send her kids to the park, but others saying the neighbours should be more tolerant.

One said: “What are they doing? Passing the ball, practising a few skills? Or repeatedly kicking/bouncing the ball off a hard surface making a constant thumping noise?

“There is a world of difference between quiet playing and making a racket, both of which they could be doing, and one of which is rude and unneighbourly, especially at an age where they could go to the park.”

“Send them to the park”, someone agreed.

The mum replied: “They talked about the sound of the ball bouncing. The boys do make noise too to be fair, they’re calling to each other like you do when you play. It was about 7pm on a Sunday when the message arrived. They’d been out there for half an hour. That was the only time that day they’d been outside. We’d been out all day. For context, they spend every other weekend at their dad’s house and half the school holidays.”

One backed the mum, writing: “Tell them to f**k off. If they want dead silence at the weekend, they can move to the countryside. Live next door to somebody and you will hear them in their garden, that is part of normal life. Your children are doing nothing wrong.”

“Your neighbours are being t**ts”, another agreed.

“I don’t think it should matter how long they are out or if they make a noise, if you have neighbors you should expect noise. As long as it is not too early or too late then I think it is fine”, wrote someone else.