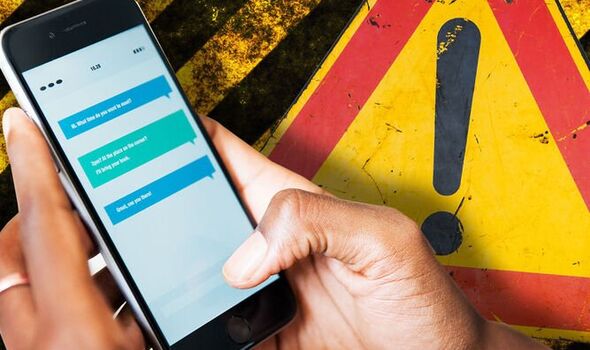 Android users are being warned about a nasty new type of malware, dubbed MaliBot, that can break through a phone’s security to gain a terrifying level of access. The bug – which was discovered by researchers at F5 Labs – is being spread via SMS text messages and is fully capable of stealing passwords, bank details and accessing cryptocurrency from Android phones – but that’s just the start of it.

The malicious software can also access text messages, take captures of what is on an Android screen and also get past two-factor authentication (2FA). The latter is a big concern, as 2FA is meant to add an extra layer of security which protects accounts and should stop hackers from gaining access even if they have your username and password.

When 2FA is enabled, you will be sent a unique security code – via a text – that is used as an additional login. It’s almost impossible for cyber thieves to access this one-off pin number without your knowledge but the new MailBot malware allows them to do exactly that making this a serious threat.

If you want to stay safe from this attack, then there’s one easy thing you can do with your Android phone today.

The MailBot malware – like other threats – is being spread via unsolicited messages, this time SMS texts. Messages spreading MailBot have tried to direct users to fraudulent websites where they are encouraged to click on a link on that site.

To help keep yourself safe from this dangerous malware threat, just be wary of any texts you get from unknown contacts trying to get you to click on links or head to unknown websites.

According to a report by ZDNet, two malicious websites have been discovered spreading the malware – including one that is a fake website for a popular cryptocurrency tracking app that has over a million downloads on the Google Play Store.

Once a device has been infected, MailBot is also able to use a compromised phone to send texts to other numbers further spreading the malware.

So far, researchers have noted that MailBot is mainly targeting users of Italy and Spanish banks. But they warn, “we can expect a broader range of targets to be added to the app as time goes on”.

MailBot isn’t the only dangerous piece of malware that has recently been spread via texts.

Earlier this year Express.co.uk reported on how the FluBot malware – which is capable of siphoning credit card details – had made a return in the UK and was being spread via texts.