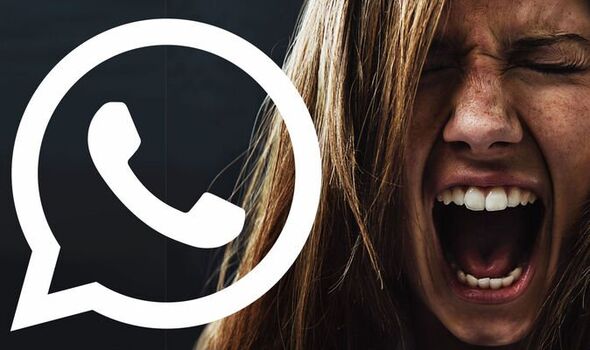 However, this is all part of an elaborate con to get WhatsApp users to hand over sensitive data.

If such information falls into the hands of hackers it can be used for identity fraud or to steal money from you.

Both Heineken and Screwfix have told WhatsApp users to stay away from these messages and have confirmed it’s fake.

After reports of the Heineken beer scam came in, the beverage giant said: “We’re aware of the current phishing scam circulating through social networks, which is not sanctioned by Heineken. We have alerted the relevant authorities.”

A representative for Heineken also told WhatsApp users who are sent the message to “delete it immediately”.

While speaking about the fake Screwfix WhatsApp promotion the retailer’s official Twitter wrote: “We are aware of fake messages circulating via WhatsApp and other social channels using Screwfix branding.

“If you receive a suspicious message, we strongly advise that you delete the message and please do not click any links or share with your contacts.

“We would never ask our customers to provide any personal details via WhatsApp in order to enter a competition. If you believe you have been a victim of a scam, please report to Action Fraud.”

WhatsApp has told users that have received these types of scams to make sure they report the messages to the chat app.

A spokesperson for the app said: “We encourage users to report the message to us for review for spam or abuse.”

If you’re wondering how to spot a fake text – known as phishing attacks – then there are a few red flags.

Things to look out for include typos or grammatical errors in a message (as an official correspondence shouldn’t have these mistakes), any kind of urgent request to send over sensitive or financial information, as well as being directed to an external website that doesn’t have an official URL.

Also, check the sender’s contact details as this can be a clear giveaway the message you’ve received is a scam.

If you do your due diligence but still aren’t certain if the message is real or not the best thing you can do is contact the organisation in question.

While this will take a bit more time it will save you a lot more in the time that would be lost if you fell victim to such a scam.

If you think you’ve been targeted by scammers you can contact Action Fraud to alert them to the danger.