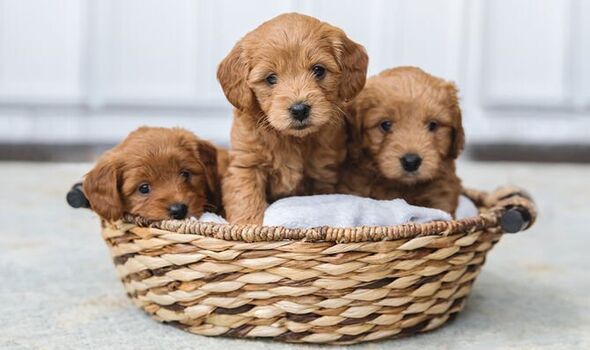 Taking to Reddit, the man asked if he was in the wrong for not contributing towards the bills. His post has received almost 14,000 upvotes and 1,500 comments.

The man, known as u/aitapuppy_power, explained that he lives on his family’s farm and has always had livestock guard dogs to ward off predators, reports The Mirror.

His post read: “I have two, they are very well trained and socialised, but I don’t allow dogs I don’t know on the farm unless I’m there the entire time.”

He added that one of the dogs is an unneutered male due to “reasons relating to the community” and one is a spayed female.

About four months ago, while he was away on a work trip, his girlfriend invited her friend Taylor to stay with her on the farm.

Before arriving, Taylor asked if there was room for her dog’s crate, but the man told her that she could not bring her dog since he would not be home.

He explained: “She arrives, she has her dog. In heat. My GF (girlfriend) told her she could bring her.

“I offered to pay for her dog to go to the local kennel since I’d be gone, my GF and Taylor said I was controlling. I told them I just didn’t want to leave room for issues.”

He warned Taylor to keep her dog on a leash and supervised while outside.

This caused him and his girlfriend to fight again, but he had to leave before they could resolve it.

“Taylor left the day I got home. Weeks later her dog had puppies,” he said.

“Gf admitted they only put Taylor’s dog on the leash when my cousin was over, and let her run the rest of the time.”

Now, Taylor wants him to pay half of the vet bills and puppy expenses until they are homed.

He said: “She’s railing about me to my GF about not having my dog neutered. I refuse to pay.”

He claims his dogs are where they are “supposed to be” and it is not his fault Taylor’s dog got in the yard and mated – especially when he told her not to bring her over.

He finished by asking: “She and my GF can cover the expenses since they went behind my back. Am I in the wrong here?”

Hundreds of users have supported him and criticised the friend for bringing her dog to the farm.

One person commented: “She brought her non-spayed dog to a house with a non-neutered male dog while her dog was in heat.

“It takes a special kind of stupid to let a dog in heat run around unsupervised, and you tried to keep it from happening.”

Another agreed: “She should have listened. Also, it’s a bit rich of her to complain about your dog not being neutered yet her dog wasn’t spayed?”

A few people suggested that Taylor “knew exactly what she was doing” and likely wanted her dog to have puppies for the money.

One said: “She’s playing games and the dog is the one paying the price. It’s gross.”

Some accused the man’s girlfriend of being in on the act too, and claimed it was “suspicious” and “fishy”.

He responded: “I do plan on asking my GF when she gets home tomorrow. She’s known since I moved here why I don’t allow dogs I don’t know on the farm when I’m absent.

“I’ve been asking for an answer for weeks about why she decided to go behind my back this time.”

Others encouraged him to ask Taylor for “stud fees”, with one saying: “It’s a bit rich of her to complain about your dog not being neutered yet her dog wasn’t spayed?”