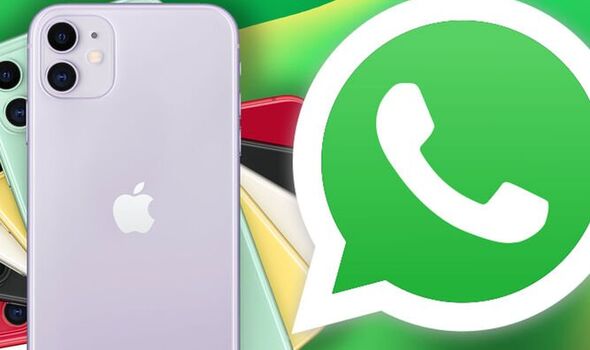 Apple has just announced the launch of a big new WhatsApp update and it’s something many Android users have long been asking for. The major change, which is being rolled out from today, will allow those using Google-powered devices to make the jump to Apple without losing any of the endless chats or media stored within the popular messaging service.

Until now, that’s not been possible with all data lost when making the switch between Android and iOS. According to Apple, this upgrade has been one of the most requested features from Android fans and it could finally convince some to ditch their current devices and pick up an iPhone.

The simple transition has been made possible thanks to changes within the ‘Move to Android’ app which can be found on Google’s Play Store. This application seamlessly transfers data, apps, photos and files across the two platforms and, in the coming days, WhatsApp will also be included in that transition.

It’s a nice update and brings the iPhone up to speed with Android as the same seamless WhatsApp switch from Apple devices over to Google has been available for some time.

Right now, this new feature is in the beta test phase but WhatsApp has confirmed that a full launch is expected very soon.

Speaking about the update, Mark Zuckerberg, Founder & CEO, Meta said: “We’re adding to WhatsApp the ability to securely switch between phones and transfer your chat history, photos, videos, and voice messages between Android and iPhone while maintaining end-to-end encryption. This is a top requested feature. We launched the ability switch from iPhone > Android last year, and now adding Android > iPhone as well.”

Along with that WhatsApp change, there could be more reasons for Android lovers to consider swapping sides.

Apple has just revealed one of its biggest ever updates to its iOS operating system that includes a completely revamped Lock Screen which is now fully customisable. That means users can change colours, styles and even automatically switch background images throughout the day.

There’s even the option to add weather and activity widgets plus see live data such as football scores without unlocking the device.

Other upgrades arriving in iOS 16 include the ability to edit messages after they have been sent, new ways to share photos with family members, improved dictation and a new streamlined setup for Focus that lets you select the apps and people you want to receive notifications from.

Want to know more about iOS 16? Here are the 5 best features and which iPhones are compatible with this upgrade.