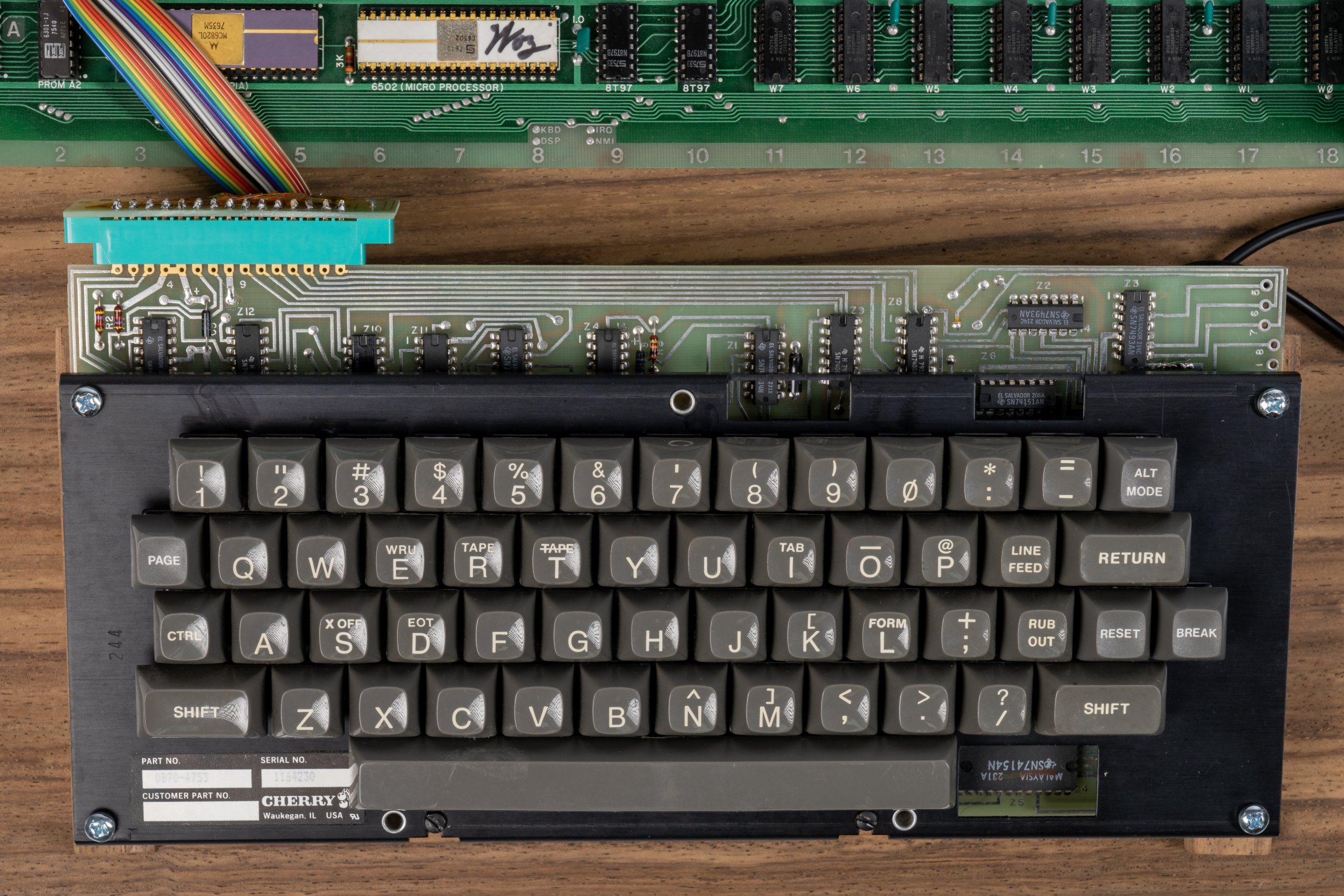 A rare Apple-1 computer in full working order and signed by the man who built it in Steve Jobs’ basement has sold for £277,000.

The pioneering machine is one of the 200 ‘motherboards’ Apple co-founders Steve Jobs and Steve Wozniak designed in 1976.

Around 80 Apple-1 computers are known to exist today and only around 20 are still operational.

The one sold was the very first Apple computer to be used outside of North America.

It was bought by Dubai-based computer collector Jimmy Grewal from the estate of a European oil tycoon.

Mr Grewal painstakingly restored it to its original condition before showing it to Apple co-founder, Steve Wozniak, who signed a chip on the motherboard.

When presented with his original creation, built in the home of Jobs’ parents over 40 years before, the 71-year-old tech pioneer ‘beamed with happiness’.

The computer was one of two bought by the chief executive of Schlumberger, an oilfield company, in 1977.

The computer, known as the ‘Schlumberger 1’, was then transported to the company’s offices in Europe, making it the first Apple product ever used outside of North America.

As well as the motherboard and keyboard, it comes with an original cassette player and monitor from the same period.

The Apple-1 changed history as the first pre-assembled personal computer – yet it was quickly superseded by the more advanced Apple II and the majority were discarded.

Now, 46 years on, the model is one of the most collectable computers in the world due to its remarkable rarity.

Mr Grewal, 44, who has a collection of over 400 vintage Apple computers and products, said: ‘The real value of this machine is that it was the first personal computer and the first by a company which went on to dominate the history of computing.

‘None of the early companies from that period have survived. This computer has a direct connection to the dawn of the PC industry.

‘It is fully operational and in mint condition. They only made 200 Apple-1 computers – of those, just 80 are still around. Only around a quarter of those are fully operation.

‘This one is truly special because it has been restored to exactly how it was in 1976.

‘The original owner took it to Europe and we assume that it was the first Apple product used outside of North America.

‘The value of vintage Apple products has really increased over the last 10 years since the death of Steve Jobs and the success of the iPhone.

‘The fact that I got to present this to Steve Wozniak makes it even more special. Last year, he was visiting Dubai for a cryptocurrency event and I took a few of my computers to show him.

‘He was quite surprised to see this guy walking in to this small event with five Apple Mac computers. His genuine reaction to seeing the Apple-1 in its original condition was heartwarming.’

The Apple-1 transformed the course of history with the ‘motherboard’ at the centre.

All the major components ran through it, including the keyboard, memory storage and the microprocessor.

Unlike in modern computers, the circuit board was completely on show and sat between the monitor and the keyboard.

It came with a tiny 8K memory – around 600,000 times less than is standard with today’s Apple computers.

It would not even have had the capacity to store one song.

The Apple-1 was discontinued in October 1977, with Jobs and Wozniak offering discounts and trade-ins for the more advanced Apple II.