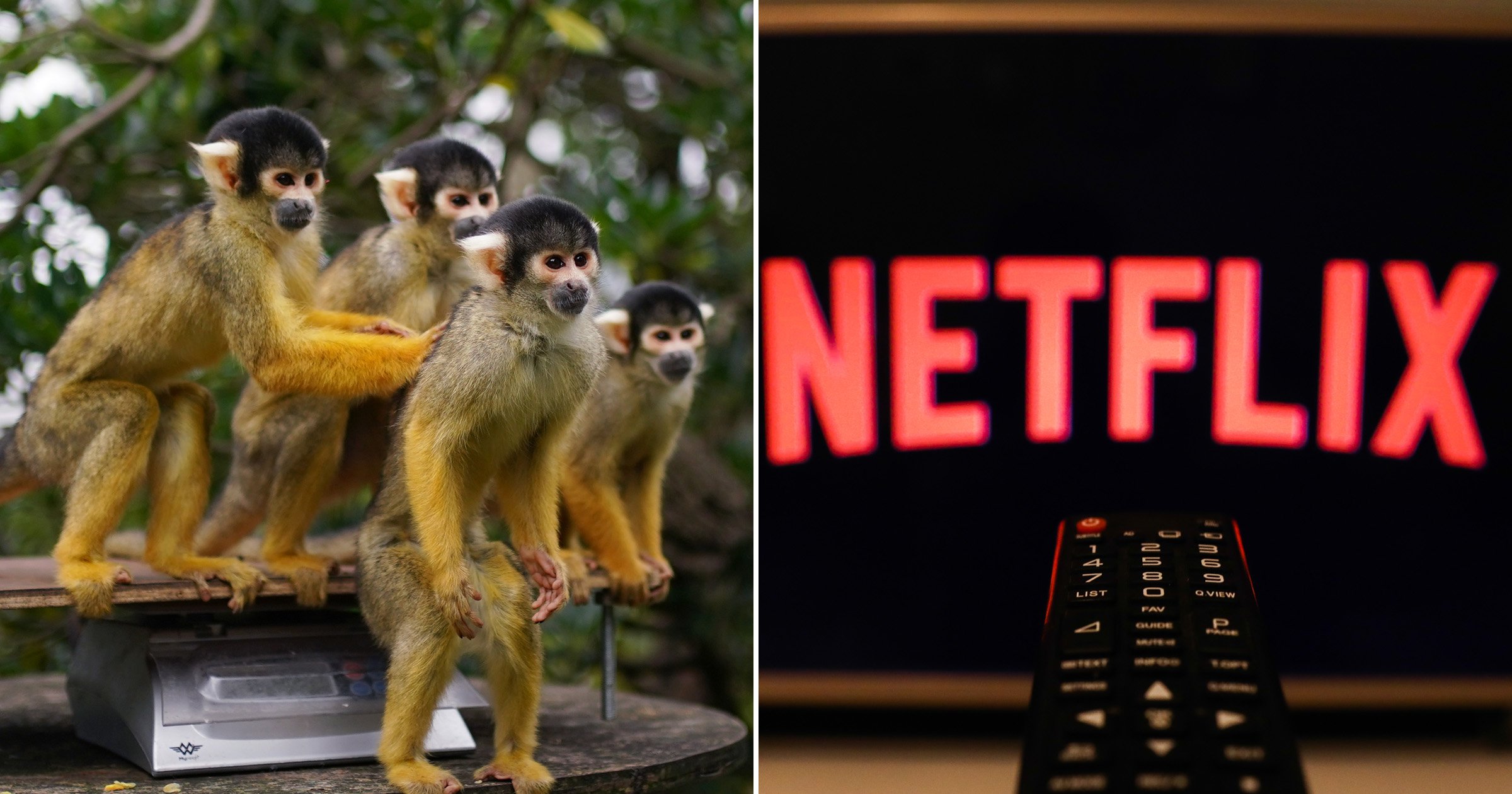 Monkeys in zoos could get their own ‘primate version’ of Spotify and Netflix as part of a research project being undertaken by university academics.

Specialists at Glasgow University have developed a ‘monkey media player’ which lets primates like gorillas, chimps and orangutans use interactive computer-based systems to access sounds and videos.

The touchscreen systems entertain and engage animals with interactions that stimulate cognition in ways they might in the wild.

Researchers have been focusing on a group of three white-faced saki monkeys at Korkeasaari Zoo in Helsinki, Finland, and how they respond to audio and visual stimuli like a primate-focused Spotify or Netflix.

A small computer was played in a wood and plastic tunnel, which was placed inside the monkeys’ enclosure.

The primates would trigger a video or sound by walking through infra-red beams, and could listen or watch for as long as they chose to stay.

It was placed in the enclosure for 32 days and monkeys had the opportunity to watch rain sounds, music or traffic noises, videos of worms, underwater scenes or abstract shapes and colours.

The device recorded what they were watching and listening to and found the sakis’ interactions were mostly short, lasting a few seconds.

Over time, their interactions dropped, but they interacted more with visual stimuli in comparison with the audio stimuli.

The research was led by Dr Ilyena Hirskyj-Douglas of the university, along with colleague Vilma Kankaanpaa of Aalto University in Finland.

Dr Hirskyj-Douglas said: ‘We’ve been working with Korkeasaari Zoo for several years now to learn more about how white-faced sakis might benefit from computer systems designed specifically for them.

‘Previously, we have explored how they interacted with video content and audio content, but this is the first time we’ve given the option to choose between the two.

‘Our findings raise a number of questions which are worthy of further study to help us build effective interactive enrichment systems.

‘Further study could help us determine whether the short interactions were simply part of their typical behaviour, or reflective of their level of interest in the system.

‘Similarly, their varying levels of interaction over time could be reflective of how engaging they found the content, or simply that they were becoming habituated to the tunnel’s presence in their enclosure.’