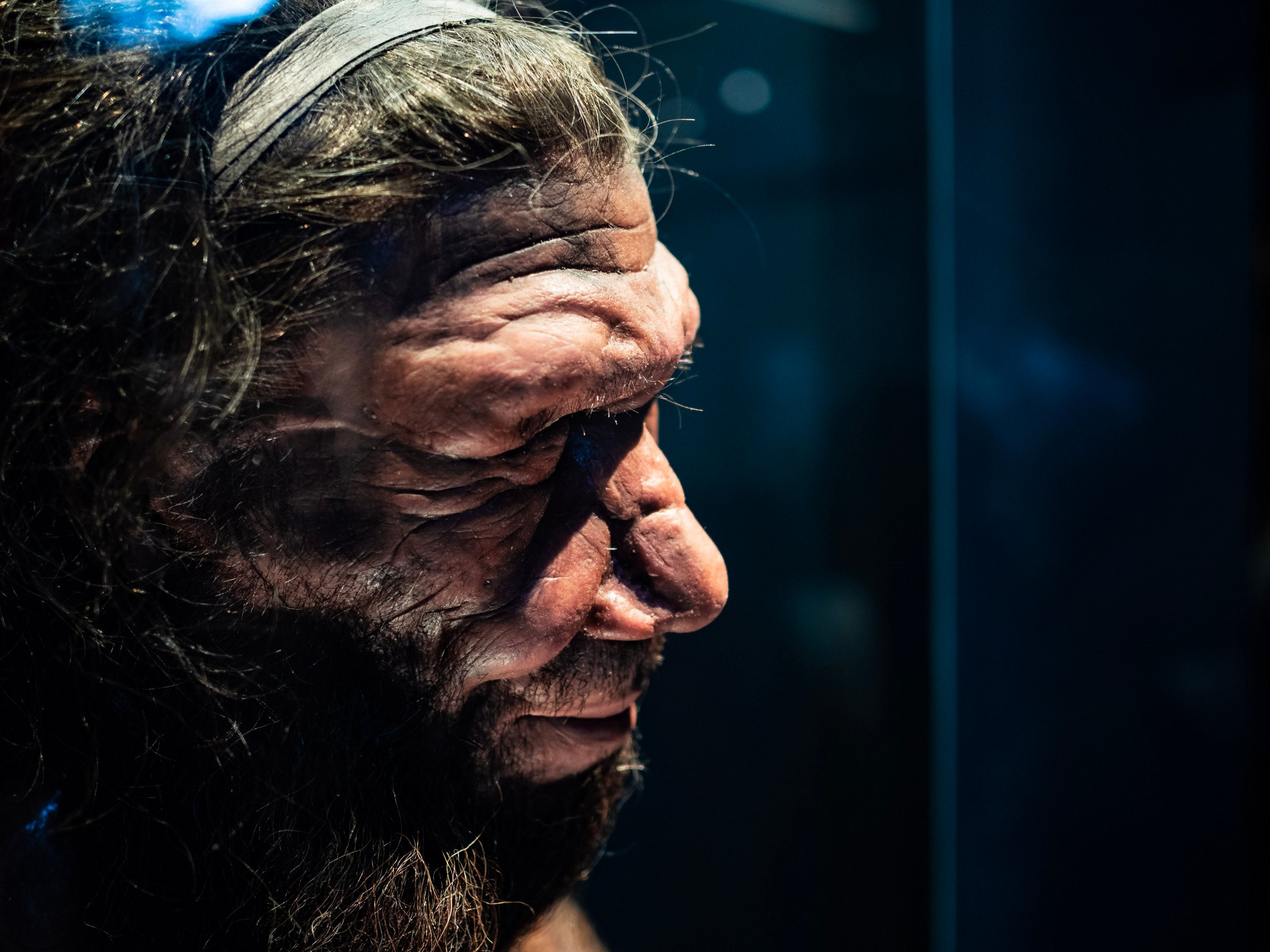 One romantic tryst in the distant past between a Homo sapien and a Neanderthal may be to blame for over a million deaths related to the coronavirus.

At present, the virus has been responsible for 6.3 million deaths worldwide.

Many of those who lost their lives may have done so because of a genetic quirk that makes the lungs more susceptible to respiratory infection.

Now, according to an Oxford professor, this genetic quirk comes down to one single gene that was passed on by one simple sexual act between a Neanderthal and a human.

If this hadn’t happened, around 60,000 years ago, he says many lives would have been saved.

Professor James Davies, associate professor of genomics at Oxford University’s Radcliffe Department of Medicine, told Cheltenham Science Festival: ‘If you stop and think about it, this comes from a single interspecies relationship and a single child.

‘And if the dinner date between the human and the Neanderthal had gone wrong, we would have had a much better time in Covid, and had hundreds of thousands fewer deaths.’

When asked directly how many people may have died as a result of this ancient liasion, he said: ‘It’s in the hundreds of thousands to a million.’

Experts arrived at this conclusion after examining our genetic code in the aftermath of Covid. Our DNA is made up of thousands of combinations of four different nucleotide bases (chemicals), each known by a different letter: T, C, G and A.

Scientists found that people with the high-risk genetic quirk for Covid have exactly the same 28 differences in the letters of their genetic code.

Which, in turn, makes it nearly certain they are descended from the same two people.

Professor Davies told the science festival: ‘We think it’s a single romantic liaison, and the reason we know that is that it’s inherited as this block with 28 single-letter changes, and you can track that all the way back and it has to be a single event.’

The experts reckon this gene could be present in as many as 1 in 6 modern day Brits.

Which, of course, begs the question, could you find out if you’ve got it?

In theory, yes. But it’s likely to be an expensive process.

Scientists have mapped the entire genome – meaning that you could theoretically get your genome sequenced and find out.

‘This foundational information will strengthen the many ongoing efforts to understand all the functional nuances of the human genome, which in turn will empower genetic studies of human disease,’ he added.

There are several companies offering DNA testing, but the prices and reputations vary considerably. It is well worthing do a great deal of research before you consider signing up and paying for it.

But theoretically, it could tell you if you possess the gene as well as whether or not you’d be at risk of any other hereditary diseases.