Time to take a break? TikTok launches new screen time tool that gives users reminders when they’ve spent too long on the app

The social media wormhole can make hours feel like minutes when scrolling through videos and photos on your phone.

Now even TikTok itself is intervening; developers have set up daily screen time reminders to tell users when they have spent too long on the video-sharing app.

They have also designed a screen time dashboard that will show the user data about the amount of time they spend on the app in the day and at night.

These are intended to help protect the ‘digital wellbeing’ of social media users by prompting them to take a screen break after an extended single sitting.

The features will be rolled out in the coming weeks.

TikTok is a Chinese social media app that lets users live-stream, create short videos and music videos and Gifs with a host of functions.

The app is most popular among children and young people who use it to film themselves dancing and lip-syncing to music.

In a study released today, it was found that teenagers feel better when they are in control of their online behaviour and habits. 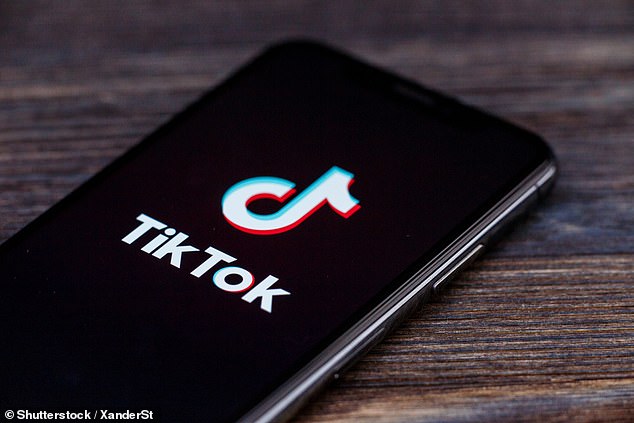 TikTok have set up daily screen time reminders to tell users when they have spent too long on the video-sharing app. The screen time limit will be defined by the user

Screenshots show the screen time break feature on TikTok. App users can define the period of screen time after which a reminder to take a break will pop up 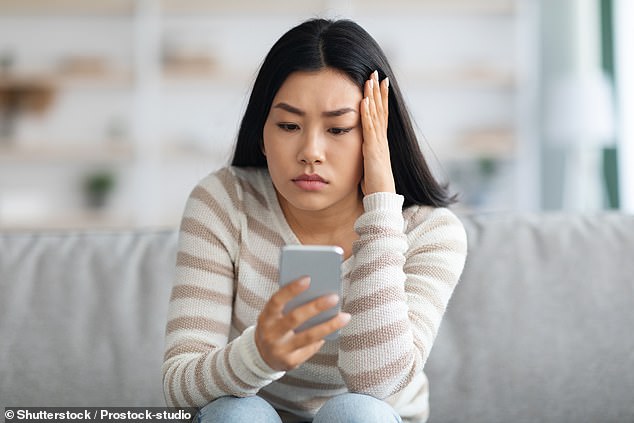 TikTok has created two new tools to help serial scrollers take control of the overall amount of time they spend on the social media platform.

The first is a new screen time limit, which will prompt users to take a break after a certain amount of uninterrupted screen time – a figure the user can also set themselves.

The second is a new screen time dashboard that will show the TikTok user data about the amount of time they spend on the app.

This includes how often they open it and a breakdown of their day and night-time usage, with an option to opt-in for weekly notifications to review their stats.

TikTok already has a screen time management feature that allows concerned app users, or their parents, to set an allowance of minutes they can spend on the video-sharing platform each day.

When you reach this limit, TikTok will ask you to enter a pre-defined passcode to continue using the app, putting a speed bump in your scrolling. 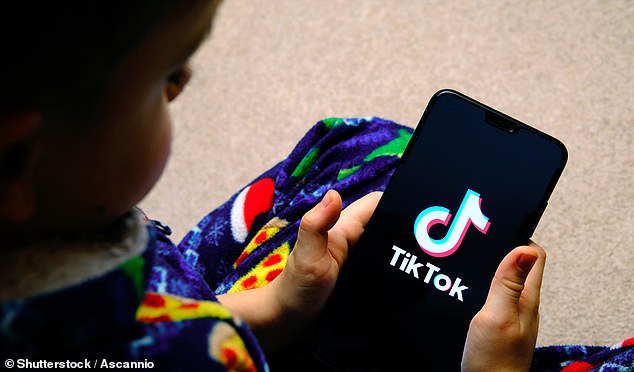 Younger TikTok users between the ages of 13 and 17 will also start to receive automatic prompts if they use the platform for more than 100 minutes in a single day.

These notifications will remind them about the screen time limit tool next time they open up the app.

The social media giant has also published a new online guide on its safety centre which offers advice around having good digital habits and setting boundaries.

TikTok said the changes come in part following a study it has carried out with online safety group, Internet Matters.

Researchers asked parents and teenagers in the UK, Ireland, France, Germany and Italy for their views on screen time, how they manage it currently, and what help they would like.

They found that when teenagers feel in control of their online behaviour and habits, it has a positive impact on their well-being.

Teens asked for more data about their usage and active alerts like pop-ups and warning times.

They also want flexible tools that can be adapted to different circumstances, for example, to allow themselves more screen time during a rainy Saturday afternoon in the summer than they might the night before an exam.

Internet Matters chief executive Carolyn Bunting said: ‘The research showed that younger users would welcome the introduction of built-in features and settings that prompt them to both think critically about the time that they are spending online, but also encourage them to use settings to actively manage the time they spent on the app.

‘It is important that they feel in control of their online experiences and are helped to make considered choices.

‘We look forward to TikTok developing further features that will put children’s well-being at the heart of their design choices.’

The company said the new features will help app users to build a ‘positive relationship with digital devices’ based around them being in control.

‘At TikTok, we believe that our digital experiences should bring us joy, entertainment, connection and enrichment,’ a TikTok blog post said.

‘Having a positive relationship with digital devices and apps isn’t just about measuring screen time, it’s also about feeling in control of how we use technology and ensuring that the time we spend online contributes positively to our sense of well-being.

‘That’s why we’re taking a number of steps today to help support our community’s digital well-being as they create and discover on TikTok.’

HOW CAN YOU SPEND LESS TIME ONLINE?

Being ‘on’ all the time can have a serious effect on our mind and our bodies, which is why a world-famous personal trainer and health author has shared his tips on how to do a digital detox.

Adelaide-born PT, James Duigan, 42, is the former personal trainer of Elle Macpherson and his words are often treated as gospel as he has also worked with the likes of Emilia Clarke, Rosie Huntington-Whiteley and Lara Stone.

Although many of us communicate with people online and check into social media, Mr Duigan believes we’ve never been lonelier:

‘The primary culprit is social media and our mobile phones. They can bring global communities together and provide a ceaseless source of inspiration at their best,’ he said.

‘But at their worst, they can be a constant nuisance, a constant distraction and stop you living in the present.

‘Even a quick scroll before bed can keep you awake at night or send your self-esteem plummeting as you’re barraged with Insta bums and impossible abs.’

Mr Duigan explained that social media platforms have been purposefully built to be addictive as each notification brings along the ‘happy hormone’ with it.

In a blog post on his website Bodyism, James revealed what his top three tips for a digital detox are.

As with any cold turkey experience, it can be hard to wean yourself off social media – but the trick is to replace the addiction with something else.

The app allows you to choose how long you want to block certain apps for – which means you can slowly coax yourself into blocking them for longer.

‘Creating that extra step between you and your ‘feed’ will help you resist the lure of mindless scrolling when your resolve is wearing thin,’ he said.

Mr Duigan’s third and final step is to be in the moment and make sure you’re tuned in on what is going on around you.

‘No pictures. No selfies. No boomerangs. No Snapchats. For one day at least. Don’t lose the moment by trying to capture it,’ he said.

‘Live in the moment and it will live long in the memory.’