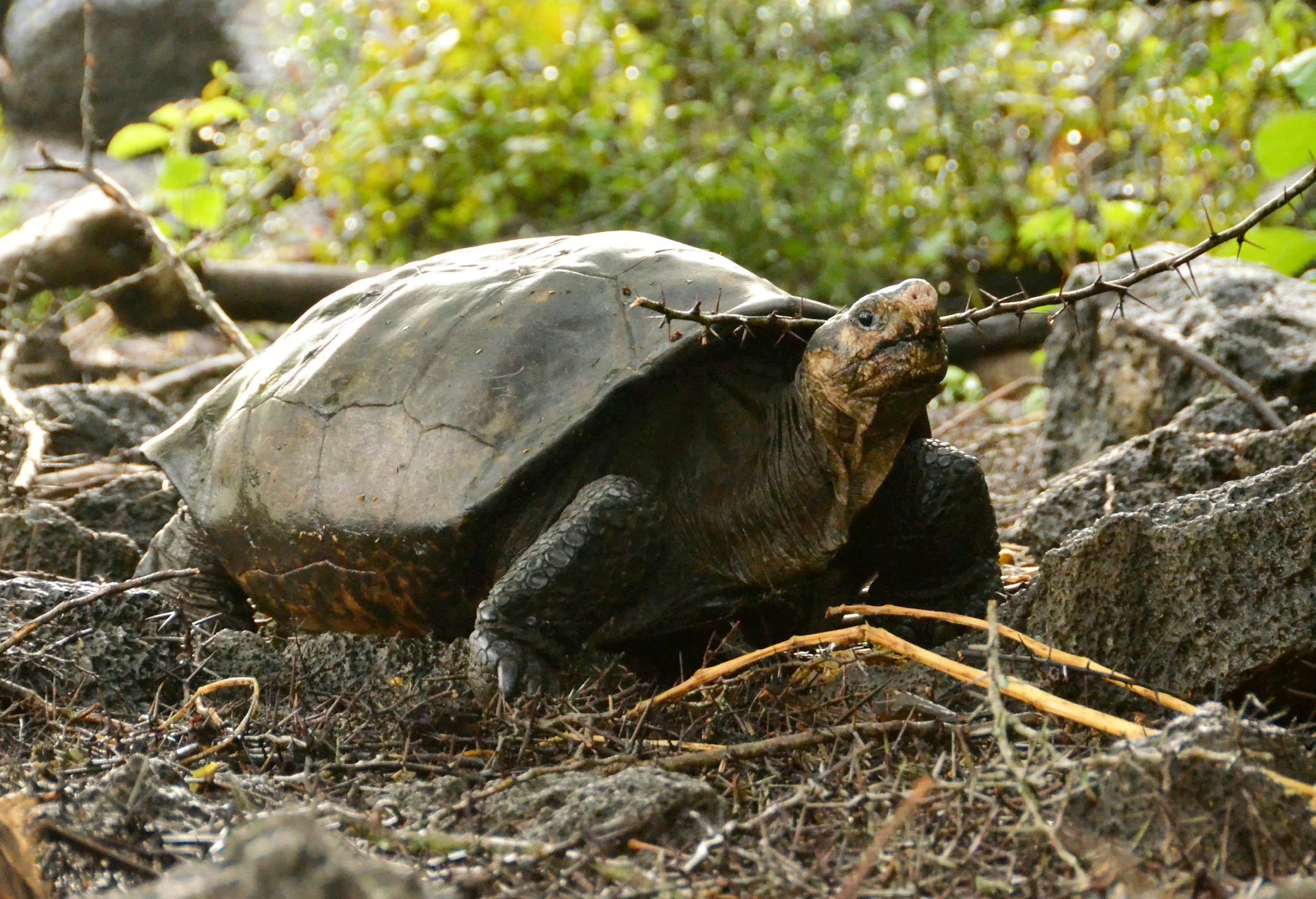 Scientists have reported that a rare species of giant tortoise thought to have died out more than a century ago is not, in fact, extinct.

Genetic research has shown that a female specimen discovered on one of the Galapagos Islands three years ago was related to the only previously-known example, found in 1906.

There were signs that there may be other tortoises of the same species living with her on Fernandina Island, a pristine wildlife habitat in the Pacific Ocean.

Scientists sequenced genomes of the 1906 specimen, known as chelonoidis phantasticus, and the 2019 female, who has since been named Fernanda, and compared them with all living species of Galapagos giant tortoises.

They found that the two were linked and distinct from all others, according to the findings published in Communications Biology.

Study lead author Dr Evelyn Jensen, lecturer in molecular ecology at Newcastle University’s School of Natural and Environmental Sciences, said: ‘Only two tortoises have ever been found on Fernandina Island, and here we have shown that they are indeed members of the same species, and different from the other Galapagos tortoises.

‘It is a truly exciting discovery that the species is not in fact extinct, but lives on.’

Fernandina Island is an active volcano at the western side of the Galapagos Islands, which Charles Darwin visited in 1835, inspiring his theory of evolution.

The male specimen used in the study was collected by explorer Rollo Beck during an expedition by the California Academy of Sciences in 1906.

Researchers believe Fernanda, who was found in an isolated vegetation patch cut off by lava flows, is around 50 years old and has suffered stunted growth.

She is now being kept in captivity in the Galapagos National Park Tortoise Centre.

Other expeditions found signs of at least two or three more tortoises living on the island, giving hope that Fernanda may not be the last of her kind.

Dr Jensen added: ‘What comes next for the species depends on whether any other living individuals can be found.

‘If there are more Fernandina tortoises, then a breeding programme could start to bolster the population.

‘We hope that Fernanda is not the ‘endling’ of her species.’

For now, Fernanda is in a similar position to Lonesome George, who was famed for being the last of the Pinta Island Galapagos giant tortoises.

Lonesome George lived out his final decades of life in captivity but never bred and his species went extinct in 2012 following his death from old age.

Meanwhile, Dr Jensen and colleagues will continue to study how the Fernandina species fits into the evolutionary history of the Galapagos giant tortoises.