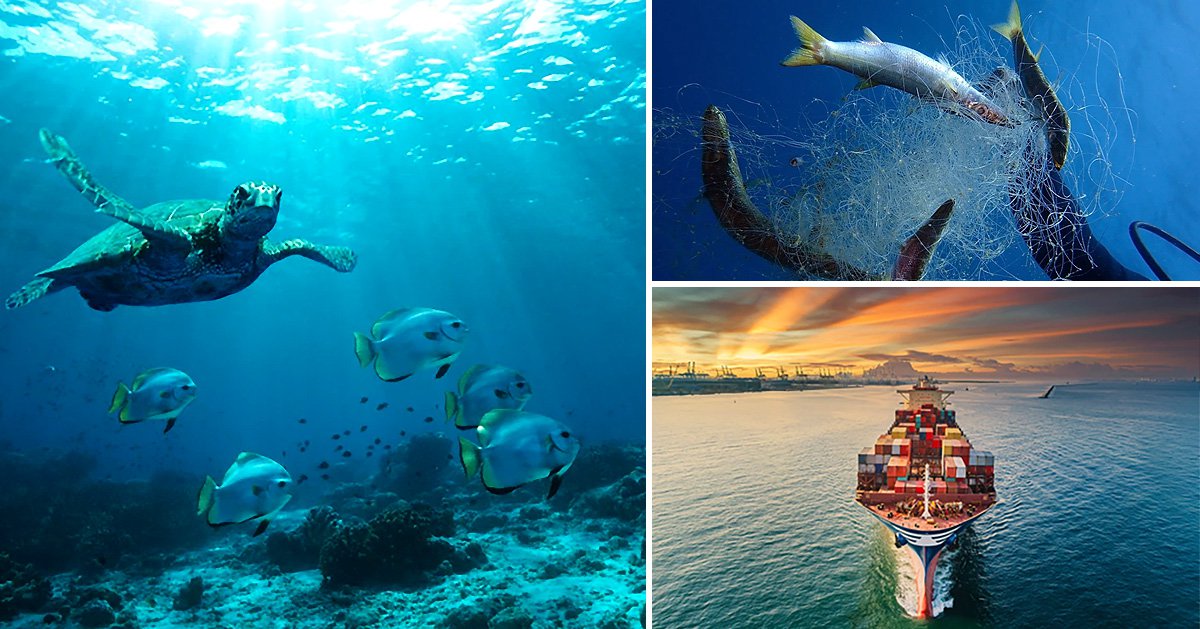 World Oceans Day is celebrated around the globe today, June 8, raising awareness of just how important the oceans are.

From providing food to acting as a vital carbon store, the ocean plays a vital role in everything from the world’s economy to the fight against climate change.

But it’s under threat from humans, with industries like fishing and shipping leading to severe pollution and devastation of marine life.

But it’s not all doom and gloom, as scientists and conservationists are working hard to find ways to harness the ocean’s power sustainably and preserve it for future generations.

Here are five things you need to know about the ocean – plus ways you can get involved and help out.

The seabed is a carbon sink

Marine sediments – in the form of plankton, microscopic algae, tiny shellfish and the like – sequester mega amounts of carbon, storing it safely in the deep sea.

The bad news? A study from 2022 revealed that catching with heavy nets that drag across the seabed – a method known as bottom trawling – unleashes roughly the same amount of carbon dioxide (CO2) globally each year as the aviation industry.

The answer: eliminate this kind of carbon disturbance by redefining strategic parts of the world’s oceans as marine protected areas, or MPAs.

Aquaculture is the future of food

Water covers 71% of the Earth’s surface yet the wet stuff produces only 17% of our global meat supply, according to scientific journal Nature. Why not switch to a seafood-centric food system?

Marine aquaculture, also known as blue food system, doesn’t just mean a diet of non-stop fish: plants, algae and seaweed will be on the menu.

In 2024, Scotland will host a trade show for the aquaculture industry covering everything from robotics and machine learning to artificial intelligence and smart fish-farming systems.

The term ‘ghost gear’ refers to abandoned fishing nets and lines lost in our seas. The Global Ghost Gear Initiative (GGGI) estimates as much as 640,000 tonnes are added to the ocean every year.

Considered to be the most abundant form of macroplastic in the ocean, it’s an issue that’s not going away soon.

And these nets aren’t floating about idly, either – they’re deadly for marine life, entangling species such as dolphin and seals, as they were originally designed to do.

Worse still, they have a product lifespan of 500-plus years! Thankfully, coastal charities are on the case, such as the folks at Waterhaul in Newquay in Cornwall.

These guys collect ghost gear from the sea, recycle polypropylene nets via a mechanical process of shredding and washing, and turn the raw material into snazzy 0% virgin plastic sunglasses and prescription specs.

White goods, cars, grains, fertilisers, toys, technology, tea. About 90% of all traded goods are carried to us over the waves – and our global shipping network leaves a dirty footprint, pumping millions of tonnes of carbon dioxide into our atmosphere every year.

A 2020 study by the International Maritime Organization estimated that the worldwide shipping industry accounts for 2.89% of total global CO2 emissions.

To reduce ocean pollution on a mass scale we need drastic change.

According to a report from the Institution of Mechanical Engineers, retrofitting wind sails to cargo ships, coupled with a reduction in the amount of goods we import, could reduce emissions from shipping by as much as 40%.