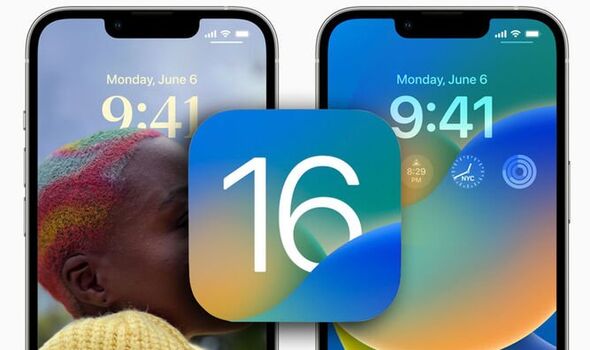 Apple’s new iOS 16 operating system has now been officially revealed with this blockbuster release featuring a swathe of handy upgrades including a revamped Lock Screen and improved messaging. It’s a big update from the US technology firm but sadly some iPhone owners are going to miss out.

For the past few years, Apple has kept almost all of its more recent devices on the list to get the very latest iOS updates but that’s all changing in 2022. When iOS 16 arrives in the autumn, a number of phones won’t be able to download the upgrade with support being dropped for the older iPhone SE, iPhone 6s and ‌iPhone‌ 7.

That means owners of these gadgets who want the latest iOS 16 update will need to upgrade to something more recent such as an iPhone 8, iPhone X or the very latest iPhone 13.

It’s unclear why these iPhones are being ditched from Apple’s update programme although it’s likely that their age could mean they’ll struggle to cope with all the new features coming in iOS 16.

Here’s the full list of iPhones not compatible with the upcoming release.

For anyone lucky enough to have a much newer iPhone in their pocket there’s plenty to look forward to including a huge revamp to the Lock Screen. In iOS 16, Apple is letting you completely customise the look and feel with the option to change colours, fonts and even add dedicated widgets such as weather and health metrics.

There’s also the option to automatically shuffle photos throughout the day so you’ll get a different look in the evening compared to when you wake up.

Along with the Lock Screen, there’s a nice update to Messages with users able to edit what they’ve said in a text or recall a message completely if they decide they no longer want the recipient to read it.

Other extras in iOS 16 include new ways to share photos with family members, improved dictation and a new streamlined setup for Focus that lets you select the apps and people you want to receive notifications from.

There’s even a clever upgrade that lets you select an object from a picture, such as your pet cat, with things then automatically getting cut out and ready to add to any message.

There’s no word on an exact release date for iOS 16 but expect it to land on compatible devices in late September.