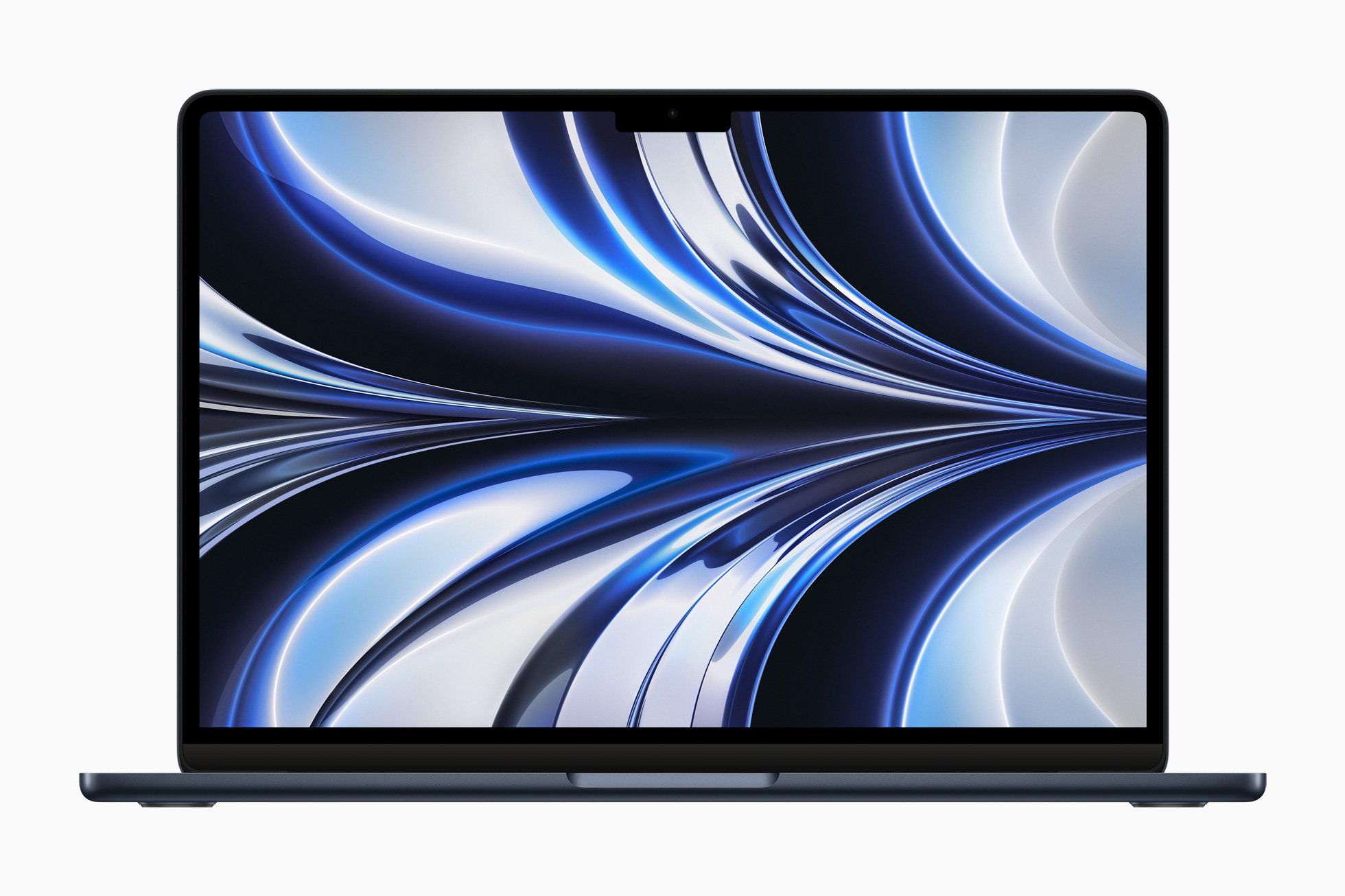 Apple has announced a suit of new software services – and two new laptops as part of its 2022 Worldwide Developer’s Conference.

The week-long event kicked off yesterday with a virtual keynote hosted by Apple executives detailing the latest versions of iOS, macOS and iPadOS.

Alongside this, there was also the announcement of a redesigned MacBook Air – Apple’s most popular laptop – and a refreshed MacBook Pro.

The 13.6-inch Air has been given a brand new processor, the Apple-designed M2 chip, which Apple says is 1.4x better than the M1. The chip boasts an 8-core CPU and 10-core GPU and, during the keynote, Apple explained it offered 38 per cent faster ‘video editing performance’ and 20 per cent faster ‘image filters and effects performance’.

For the first time since Steve Jobs slid the first MacBook Air out of a manilla envelope, the company has abandoned the famous wedge shape. But the Air is still a dainty machine, measuring just 11mm thick and weighing a scant 1.3kg.

Apple states the battery life will run for 20 hours and the laptop can be charged up by the return of Apple’s MagSafe connector.

Apple says the Air will arrive ‘next month’ with a starting price of £1,249.

Meanwhile, the 13-inch MacBook Pro, which Apple notes is the ‘world’s second best-selling laptop’ after the Air has also been given the M2 chip.

The rest of it remains the same and Apple says the price for the new Pro starts at £1,349.

‘Only with Apple silicon can you build such a thin and light notebook with a fanless design, and this combination of performance and capabilities. M2 also comes to the 13-inch MacBook Pro, featuring incredible performance, ProRes acceleration, up to 24GB of memory, and up to 20 hours of battery life — making our most portable pro notebook even better.’